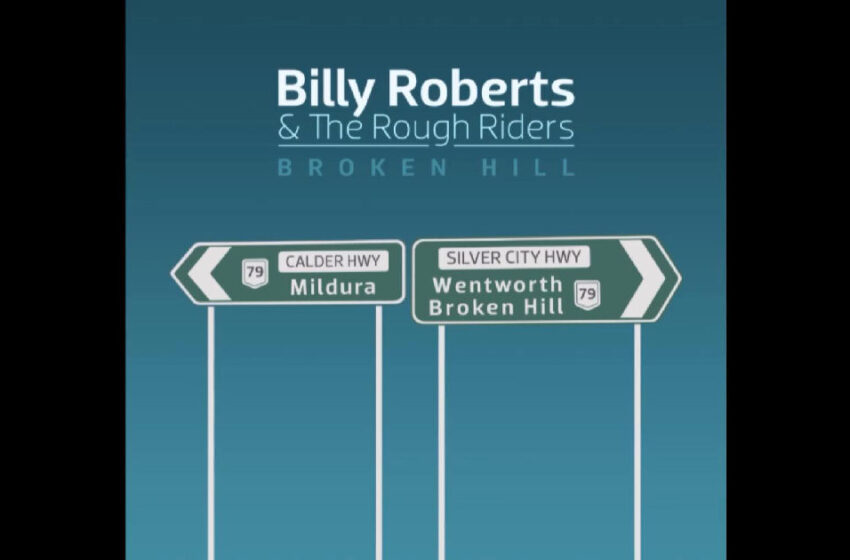 On the bright-side Wild Bill my man, the music continues to flow!

Ain’t no doubt that our hero here has had the pandemic era on his mind as of late, and rightly so of course…it’s on all of our minds in some way, shape, or form – and art imitates life, as they say.  Imitate is such a harsh & ruthless word…I prefer something more like…documents…and accurately at that, for the most part; at the very least you can always reach a general consensus as to where the minds of the people out there are at if you sample enough tunes from a certain time period.  These next five years to come are gonna be mighty filled full of songs that echo the effects of what we’re all collectively going through, as well as what we’re personally experiencing in our own lives, from our own perspective.  I’ve remained staunchly in the middle of all this stuff, taking no sides whatsoever, though I often find myself in disagreement with many of these Covid-induced tunes that have come my way as of late – I never judge anyone for making them to begin with, and furthermore, how could I?  I’m not living your life – it’s quite easy to recognize that we’re all in this together yes, but at the same time, we’re all having our own individual experiences that are bound to have a lasting impact on us for years to come in the aftermath.

All that being said, the new Billy Roberts And The Rough Riders tune isn’t necessarily ALL about the pandemic, though you’ll find many references certainly cross through that path & could definitely apply.  With all of but a couple road signs to guide us as clues prior to listening via the single’s artwork – I ended up actually typing “Broken Hill” on into Google to see what the place might be all about.  At the very least, it seemed like it was close to Wentworth, which also happens to be my all-time favorite Australian television show by far, as well as a location…you know the whole six-degrees-of-Kevin-Bacon thing…I figured I’d follow the path where it led me.  “Broken Hill” as it turns out, is mostly known as a mining town…presumably filled with proud blue-collar workin’ folk to make the machine go ‘round.  Again, not that everyone out there hasn’t been hit by restrictions, obstructions, and complications in their daily life due to the whole Covid deal – but recognize that the everyday workin’ folks have definitely been hit the hardest without question – and BR & The RRs make it sound like “Broken Hill” might very well be the safe haven from bureaucratic bullshit.  I’m way over here in Canada of course, so I honestly couldn’t tell ya one way or the other beyond anything you could probably Google yourself when it comes to what the city of “Broken Hill” is all about – but from the gist of this song, it sounds like home-base for the people’s rebellion…ground zero for change.  Or maybe they just let ya walk around out in the open air like we all used to without worry – like I said, I don’t know exactly what creates its allure entirely, but “Broken Hill” sounds like the destination where Wild Bill is willing to hang his hat up & call home if I’m reading these tea leaves right.  “Freedom still reigns” becomes even more powerful of a line and hits home when considering the full context of this song…Billy nails this main part of the hook with expert precision – the grizzled wisdom in his tone of voice makes it sound like “Broken Hill” is THE place to be, if not for this reason & this reason alone.  All I know from this far outside of the continent he’s livin’ on is that from the world’s perspective, Australia’s gone through some of the most severely restricted lockdowns…and hey man, like I said from the get-go here…I don’t begrudge anyone out there for feeling like they’re missing all the freedoms they had not so long ago & wanting to seek them out wherever they might exist…even if that’s in a little ol’ paradise called “Broken Hill” that just happens to be a mining town as well.  You can hear the sadness in Billy Roberts voice right away as this song begins…wearily singing “border’s shut…shops are closed…” as the song starts and he reflects on the state of things and makes his case for travelin’ on over to “Broken Hill.”  He’s not a man known for mincing his words folks – and that’s why I’ve been tellin’ ya, it’s equally important to fully understand that we’re all experiencing this time incredibly differently than the person standing right next to you, just as much as someone else clean across the other side of the world – so if it sounds like Billy’s got a bit more of a chip on his shoulders in a track like this, we don’t really need to so much question why, as recognize it is what it is – this has been a tough time for the guy and that’s been reflected through the themes in his much as of late this year, including the last single called “Don’t Understand,” which I’d still argue tooth & nail should net this band an award for stellar songwriting.  In a sense, you can tell these two latest tracks from Billy Roberts And The Rough Riders are somewhat tied together in that they both deal with aspects of pandemic life, government overreach, and personal freedoms…but you’ll likely find “Broken Hill” to be a lot more interpretive & less direct in making those points than the previous single did.  Which honestly, I think plays to their advantage here this time around…you still wanna say what you wanna say as an artist or band, every time – but if we all just came out complaining about the Covid days without giving it any flair through a real point of view like Billy’s got, or some kind of poetic license like you’ll find in a few other pandemic-related tracks out there, I mean…good lord, we’d be in for darker days than we’re in right now with an onslaught of tunes that reflect on the collective misery we’re all too well aware of.  I didn’t find “Broken Hill” to feel like too much of a complaint at all…it’s much more observatory & objective – ultimately you always know where Billy Roberts stands on any given subject he’ll take on – and it’s that inherent realness in his writing that always has me coming back for more.  In fact, if you ask me – “Broken Hill” actually has quite a hopeful spirit and thread its lyrics that makes this track highly unique in the sense that, yes it highlights many problems, but it also attempts at providing a solution in suggesting a location for like-minded folk to go be free, exist, and live the way they want to, without interference, judgment, restrictions, or again, BS.

You tryin’ to tell me that ain’t worth writing songs about folks?  You can bet your sweet ass it is so!

Beyond all that songwriting stuff & any theories I might have on what this song may or may not even be about – what I can tell ya concretely, is that Billy Roberts And The Rough Riders continue to be locked right into the sound & style they’ve been executing at such an impressive level over these past few years in particular.  Sophia McCarthy gets the award for unsung hero of this tune…she’s doing a sensational job with the backing vocals that support Wild Bill’s ever-gruff charm & gripping lead – and the Rough Riders round out their lineup this time around once again with the always-flawless guitars of Tanner Lindsay.  Rhythm section is impeccably on-point and professional as it gets…and there are even some strings in the mix & steel guitar in this track for you to enjoy as well – all-in-all, “Broken Hill” is a wonderfully realized song that has you feeling that true essence of freedom and like you’re standing right on the frontier of the winds of change a-blowin’ towards the future of our tomorrows to come.  I maintain…I know I’ve said it plenty already and I’ve rambled long enough for all of you by now I’m sure – but the facts are the facts…Billy Roberts And The Rough Riders have been in the zone and putting out their undeniably best tunes over these past couple years specifically…and are showing no signs of slowing that momentum down.  “Broken Hill” is another single they should certainly be proud to add to their growing catalog – from the production to the performance, there’s not a thing I’d change about it.

Listen to music by Billy Roberts And The Rough Riders at Spotify:  https://open.spotify.com/artist/1wC8JHZE7uERUK1qajiL4e

Have a listen to Billy Roberts And The Rough Riders featured on the SBS Podcast:  https://sleepingbagstudios.ca/sbs-podcast-110