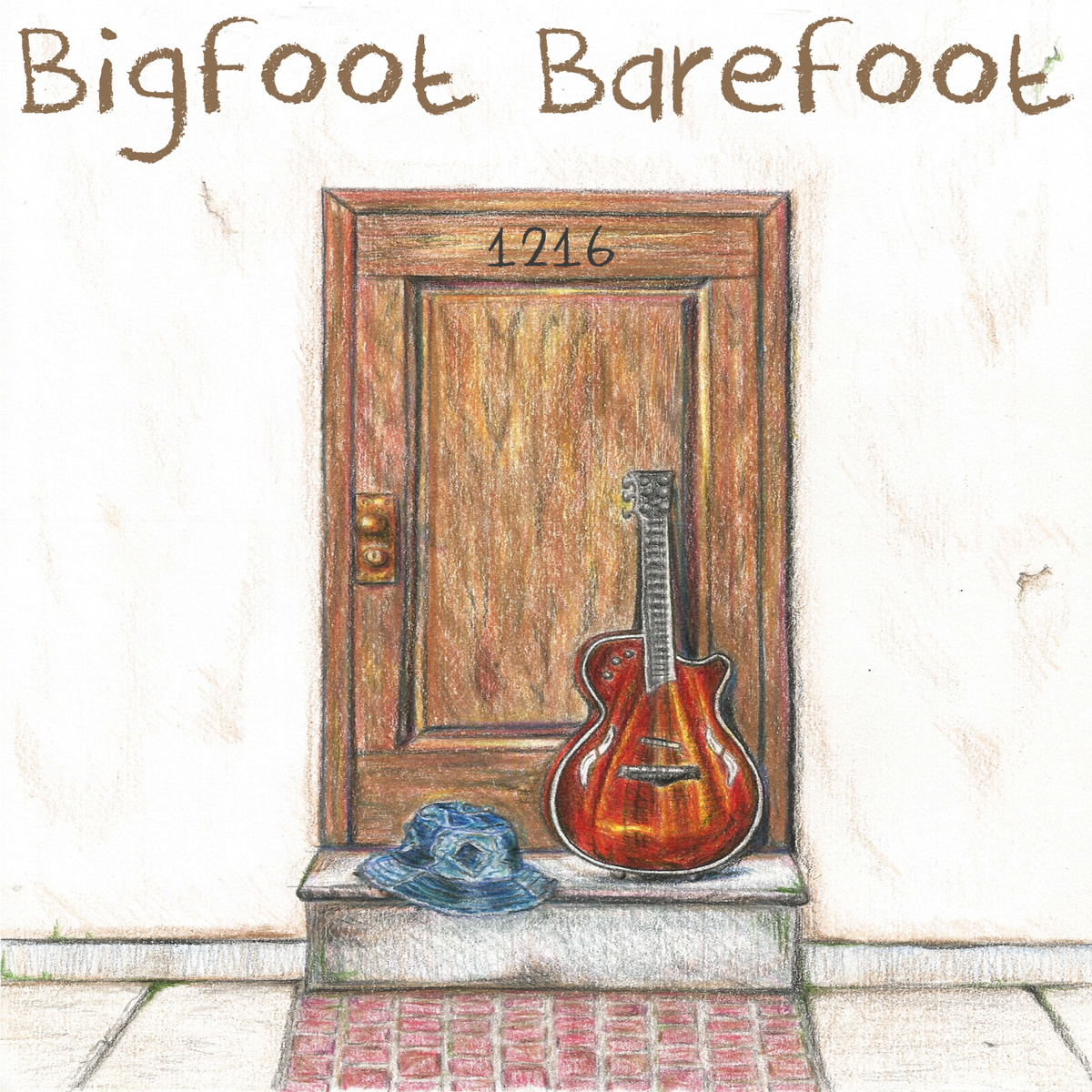 Smooth! Bigfoot Barefoot’s new EP, 1216 goes down easy with a funked-out crossover sound that’s somewhere between Stevie Wonder and Dire Straits…or maybe John Cougar. This completely DIY project is a respectable one for sure, there’s some great efforts here and some promising tunes. I definitely appreciate the overall sound he’s going for…it’s somewhat of an update on the psychedelic sound…perhaps a little lighter on the ears, but just as heavy on the mind. Bigfoot Barefoot is definitely saying a lot through the lyrics, and a close listen will reveal a lot of excellent lines and well-written songs.

While opening track “Hey Hey” starts out in a funk vein, you get some instant contrast with “Anyways,” a more rock-infused track and realize that you could be in store for anything on this album. While I dig both these tracks in their own styles, I think I leaned a little towards “Anyways,” as I thought the lyrics really did a great job of matching the feel of this track….really linked into the atmosphere and I thought the reverb-heavy vocals of Bigfoot Barefoot fit best in this kind of style.

“Don’t Forget Your Shoes” brings it back to the funky sounds from the beginning, and displays yet another solidly written track here from Bigfoot Barefoot. A burst into a rap-verse can often hinder even the greatest of tracks in my opinion…I’m either all-rap or none-rap, but no in-betweens usually…surprisingly to me, this worked extremely well in this track.

What REALLY works well, is the opening of “Shine On Thru.” Surely, there’s a little room to still improve a few production aspects as Bigfoot Barefoot rolls along with their career, but there’s no denying that there is some real songwriting happening here. And guitars? How about fill your freakin’ FACE with the solo in “Shine On Thru” – it’s absolutely killer; great tone on that axe, and overall this is a really catchy tune. A lot of the 1216 EP really has a classic feel and vibe through both the songwriting and lo-fi production…some might not dig that, but I appreciate a departure from the mass-produced studio sounds that may as well have their artists recording in a spotlessly-scrubbed hospital or factory. There’s a realness here on this EP that is audibly palpable.

Whether the laidback delivery in the vocals is enough to pull you in…is the lynchpin in the whole situation here. A song like “Panic Attack,” is a great example of what I mean. Despite the fact that the tone matches the song well here, at this point, vocally I’m not sure we’ve heard much more than the one-side of dynamics on this EP…and this track I feel like would have been a perfect candidate to switch it up just a little…get in there just a bit more somehow…I dunno, I’m picky I guess sometimes. Again, I do dig the overall sound, tone and vibe here, but there’s always a risk to making things sound the same to a listener somewhat, even if the music changes around it.

Of course, that being said….you could point to a million artists and bands that ‘can’t help but sound like themselves’ over and over again and are phenomenally successful; so truly…what do I know anyway?

“Oh Snap,” brings along a subtle reggae-vibe to it, a song that can’t help but bring a smile to your face. Definitely a winning combo here, another well-written vocal flow and a final smooth delivery to end off these six new tracks on the 1216 EP. It’s a well-written jump into making all the music, each and every part on his own; to hold one’s own as well as Bigfoot Barefoot has here on 1216…is truly commendable. But that guitar solo on “Panic Attack?” To die for. 😉