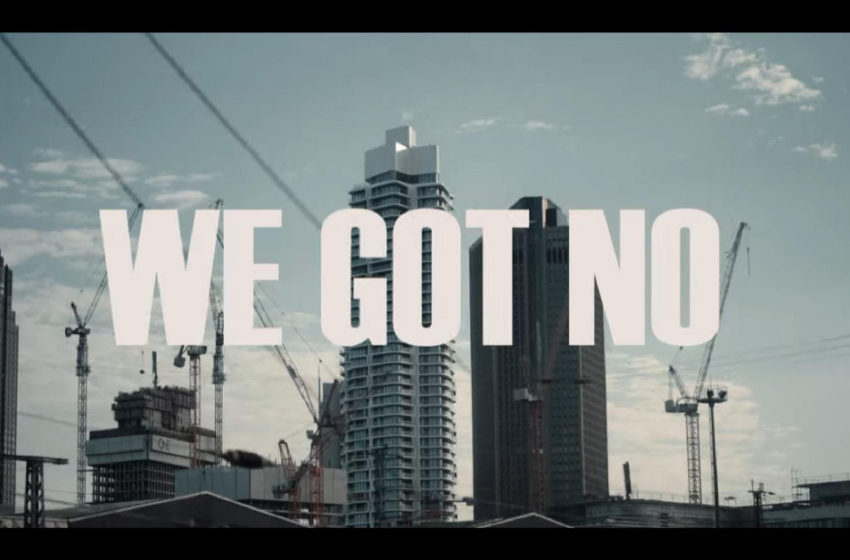 Betweenzone – “We Got No” – Single Review

I tell ya…you won’t often find many musicians out there that put as much into their music and art as Betweenzone does…you have a listen to their tunes or see their videos & you’ll know exactly what I’m talking about.  You can always SEE the effort in the all-out spectacular visuals their videos contain – you can hear it in their music in some way, shape, or form, every time…so…

…so why on earth is it that I still have like, the same two pictures of Betweenzone to choose from that were taken back in like, 1995, and that’s all I’ve ever received?  Alright, alright…it probably wasn’t QUITE that far back, we’ve only been listening since 2018 – but each one of these reviews comes with a picture, so like, c’mon!  They’ve finally updated their social media with some new still shots from this very single we’re discussing today…and this will be about the 7th time we’ve featured Betweenzone on our pages…so what gives homies?  I’ve got a link here with no picture and not even a hello?  I tell ya… *sniff *sniff…I had thought after all this time & all these words we were practically like family now, not strangers.

Send those pictures on over…lest ye be left with an unidentifiable blank space & thrust into the void I say!

Two things.  One being, obviously I’m giving Betweenzone a hard time, all in good fun.  I’m far from a cleanup crew and I ain’t gonna lie about hatin’ on the fact I end up mining the internet for photos & links when I could be writing more about your music, but of course I’m capable, and when it comes to the music-scene, as much as I hate to admit it, downloading pics, finding information, tracking down links…it’s all part of what’s expected after nearly eight years in the game here.  Whatever – I’ll get over it, I always do.  But the second thing is…how often do I ever start a review like this besides hardly ever?  Clearly that says a lot on its own…because when it comes to the music & videos they make, Betweenzone is all aces and they leave me without anything else at all to complain about.  And you know I’ve gotta find SOMETHING to pick on, that’s what we critics do; & if they leave me with only the ability to comment about a missing picture or two instead of anything to point out in the music, that’s actually a really damn good thing.

Because the reality is…I’m very excited about what I hear in this new single of theirs.

Betweenzone is one of the rarest entities in music today & that’s the truth.  Like I mentioned earlier, this is my 7th review on the duo from Germany…we’re well at the point now where I wouldn’t need to even pull up their Facebook page to remember the names of Dave M. Rile and EAST that make their music, or the fact that, without even looking, I can tell ya that their profile picture hasn’t changed and will be the same one they’ve had up there since I started listening way-back-when.  Ahem *cough *cough.  But as familiar as I might have become with what they’ve put out over these past couple years…what’s truly fantastic about Betweenzone is that I still never have a clue about what could be coming at me next time they create a song or a record.  They have morphed & changed, this way & that way, and consistently put out great ideas in a whole variety of styles…some so incredibly ambitious and artistic, like their twenty-minute single once called “Mosaic,” that eventually became the inspiration fueling their Mosaical EP from earlier this year, for example.  At other times, they’ve put out bulletproof Pop/Rock/Electro grooves that are as single-worthy as they are magnificently unique & wildly creative…and they’ve been able to successfully blur the line between what is simply catchy & what stimulates the mind by creating songs that can often be so much deeper than the shiny & flashy hooks will have you believing at first.  It’s always been highly worth it to dive right in along with Betweenzone, even into their wildest & most ambitious songs; adding in the amount of art they tend to into their ideas & music has had different effects on the varying degrees of their accessibility from time to time – but that would be the same case for all that attempt making music as monumental & meaningful as this duo strives to.  Art is meant to be challenging; and I like it that way.

Music doesn’t always have to be – and when Betweenzone does choose to hit that switch & deliver the people something more straightforward & ready to be absorbed like their single “Time Has Come” or this new one here with “We Got No,” they knock it so far outta the park it’s like two home runs in one.

I’d even be willing to bet that, as they launch themselves into the hook-laden verses you’ll find on their latest single, that a ton of people out there would likely even assume they’re listening to The Killers before realizing it was Betweenzone for at least a moment or two.  That should tell ya plenty about the amount of flash & dazzle you’ll find in the music and the slickness of their professional sound.  And talk about professional!  You’ll watch the video for “We Got No” and see two dudes that you’d probably expect to see more likely in an office building than you’d expect to see them rocking out on stage – but part of me expects that, beyond the look being more purposeful for this particular video…I think that Dave and EAST quite enjoy the fact that they seem like two people you wouldn’t expect to be rocking out & making music even half as much as they actually do.  All that being said – they’re far from squares – you can see just how much they get into their music onscreen as you can hear it – Betweenzone is built of pure passion when it comes right down to it, and the allure of that aspect of their music is always extremely enticing.  “We Got No” doesn’t need any extra help, but I’m certainly thankful it has a kickass video to support it – the facts are the facts though, this should be a hit whether you’re listening to it or watching it…the hooks on this track and the vibrant sound it contains simply cannot be denied.

They’ll quickly shift out of the vibes that might remind ya of The Killers into a more upbeat & lighthearted sound that’s closer to stuff you’d find in bands like The Postal Service or Faded Paper Figures – and that’s certainly A-OK in my books here, I love all three of these bands – or four if you’re including Betweenzone, which I certainly am over here.  There’s not a thing about “We Got No” that I’d seek to change from what I see in the video to what I hear coming from these speakers around me – I think they’ve absolutely nailed this song with what is inarguably one of their most engaging cuts and flawless performances to-date.  Like I’ve been tellin’ ya, this band is able to switch between their more artistically-inclined high-art adventures seamlessly with their more accessible material, and there’s no doubt whatsoever that “We Got No” fits more easily into the latter category this time around.  The vocals are perfection, the music is as well, the hooks are memorable, the energy is infectious – and you’ll find the depth you’re looking for in the contrast of meaningful lyricism in amongst such a remarkably flashy & addictive sound.  Exceptional harmonies…brilliant electro-influenced vibes & killer guitar solo in the mix for ya…literally, everything about this song is massively appealing to my ears, and I can’t imagine anyone out there coming to a different conclusion.  And when you factor in how rad their new video is as well, with the supreme job that director Noah Schmidt-Burbach has done in addition to the visual FX provided by Fynn Seippel – from your screens to your speakers, you’ll find that it all stacks up to another complete & total victory; it’s one of the best songs/videos in this band’s growing catalog.

Word on the street is that Betweenzone is working on a new record of some sort right now…and you’ll see from the write-up in the YouTube description of their latest video for “We Got No” that there is more music on the way.  I’d be keeping an eye on their pages and an ear on their music if I were you – if they’re sounding as inspired & lively as they do on this new single of theirs, we’ll all be in for a real treat & something special when that record comes out.

Find out more about Betweenzone from their official pages below!