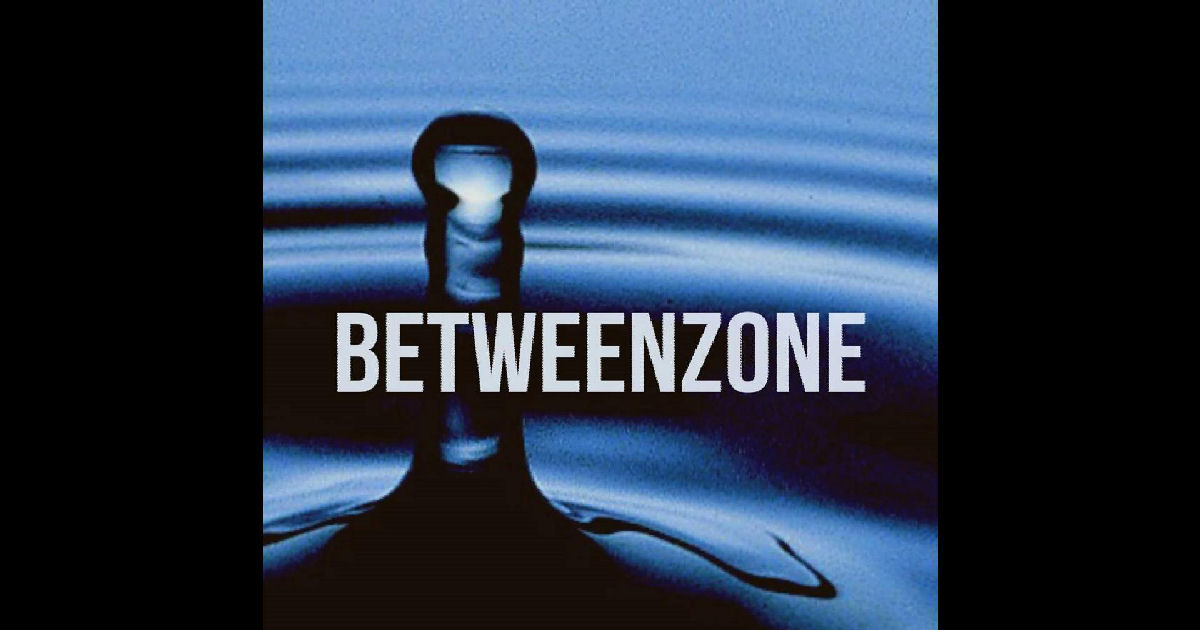 You know what I’m really into right now?  I’m into projects, artists & bands like Betweenzone that have an ability to connect in such a way that it makes perfect sense as to WHY they make their music.  I think when you hear something that has such uniqueness and creative ideas as you’ll find in the sound & style of Betweenzone, call me crazy, but it would like, make perfect sense that every one of these players would be extremely enthusiastic, invested & involved in every moment of their music, don’t you think?

I’ve checked out quite a few of their songs from their ReverbNation page…my assessment overall is that there are multiple moments beyond those that I’ll talk about here today in review that are just as worth listening to on that page of theirs.  Like, I’m not even talking about “Time Has Come (Radio Edit)” today in the handful of singles I’m reviewing…and in a way, that’s probably a good thing for us all, otherwise I’d be writing this article until next week in effort to accurately describe just how much I LOVE that tune.  So I won’t!  For now.  Maybe.  I’ll try to concentrate on discussing what’s come our way in the four main singles from Betweenzone and I won’t bring up the sheer awesomeness and amazing melody of “Time Has Come (Radio Edit)” and just what an incredible song it is anymore from here on.  Promise.

According the information on their pages, we’ve got a three-piece lineup of Dave M. Rile (Vocals/Production), EAST (Guitars/Bass), and catzenmusic (Guitars/Bass/Production/Design), based out of Hannover, Germany.  If this is what Germany is sounding like these days, I’m inclined to pack my bags and get ready for the move.  Listening to the first single I had from Betweenzone called “Dreamscape” immediately got me interested in what this band is up to…every moment of this song seemed to build upon the last and was structured to perfection.  Excellent ideas in the vocal harmonies fill the atmosphere as the song begins, before dropping into the smoothest of grooves amidst a stylistically textured sound that instantly catches the attention.  Those bass-lines!  That tone!  Seriously exceptional stuff on display right away on “Dreamscape” – even though it might not have been their intention, they actually sound remarkably like a low-key cousin of The Mars Volta at the beginning of this single, especially through the vocals of Rile, who brings an intangible pure magic to the microphone on “Dreamscape.”  The way he sings…it’s honestly more than commendable…it’s a master-class on what it sounds like to make that all-important connection to the words as their written and finding the perfect way to express them, especially when it comes to the verse.  I liked the chorus…I think it fits well enough, but truthfully I might have loved the verse here a bit more until that final switch towards the end where the backing vocals join in strengthening the final run through of the main hooks.  And to say strengthening is to like, put it mildly; Rile takes the final minute of “Dreamscape” to the places you want it to go, unfolding it like a great story and leaving his best surprises until the end.  The brilliantly hypnotic ending of “Dreamscape” absolutely nailed it for me after having enjoyed the entire track the entire way through, they’re closer to something like Gandharvas towards the last minute, and the ending of this track immaculately locks into a rad rhythm to top it all off.  Loved it.

There are a couple of versions of the song “Put It Away” on the main list at ReverbNation…they’re both solid tunes, because at the end of the day, Betweenzone has written another highly impressive song at its core – so no matter which version you pick, you’re heading into territory you’re likely to enjoy.  I think the “Put It Away (Diamonds From Space Mix)” brought out more contrast between the words and the music than the other version…for myself personally, that was particularly effective.  When you listen to the words of this single, they’re…well…they’re not exactly the happiest lyrics you’re going to read; for some weird reason, I felt like that really worked strongly with the more pronounced & brightened melody & elements you’ll find in the ‘Diamonds From Space Mix.’  And don’t get me wrong either…I’m much more of a fan of songs written in a melancholy or sad state than I am a happy-go-lucky tune any day of the week…but the way that these two main contrasting emotions between the music and vocals on “Put It Away (Diamonds From Space Mix)” really seemed to work for me.  When I listened to the up-tempo groove and smooth vibe to follow on a single called “Such A Big Mistake” and checked out the words there too, I started to realize that this use of contrast is certainly no accident so much as part of the strategy.  Makes sense to my ears – Betweenzone continually sounds engaging and increasingly charismatic…like you’d have to be made of pure steel to withstand the hook & pull of “Such A Big Mistake.”

Ironically…”Such A Big Mistake” probably gave me the toughest time when it came time to write about it in review.  You just read the lead-in to all this…you already know that the hooks of this single are so ridiculously strong that they’re impossible to resist…so what’s to complain about right?  Don’t get me wrong – when it comes to the song, performance, production, sound…there is NOTHING to complain about…because that’s pure audio-entertainment at its finest on “Such A Big Mistake” – that’s what that is.  BUT!  I would advise a bit of CAUTION here…that’s all.  And the reason why is simple.  This particular track, although it’s amazing from beginning to end, is more towards something like you’d expect from someone out there in the music-scene right now and as a result, almost a little less like ‘themselves’ – if that makes any sense at all.  With the versatile sound you hear between these four tracks (well, FIVE if you count that amazing song from the beginning of this review that I promised you I wouldn’t talk about anymore…) it’s a little more difficult to pin down Betweenzone to any one style or sound anyway – so it’s easy to accept a more polished set of hooks like you’ll find on “Such A Big Mistake.”  Once again though, notice the incredible contrast that exists between the lyrics and sound of the music…you can groove along at surface-level with ease, or you can dig right into the words and have yourself a totally different experience altogether.  In a sense, Betweenzone is writing dual-purpose material…the benefits of which, when it comes to accessibility, are immeasurable…the widespread appeal of a song like “Such A Big Mistake” to the masses out there, is massive.

The final track I’ve got here in review is called “Bertolt Brecht” – which at nearly nine & a half-minutes in total, almost plays like it’s its own mini-album.  They work the electro-angle of their music in a much more pointed direction here, filling the atmosphere with a steady pulsing beat, plenty of wild electro sounds and, my personal favorite – vocal samples.  Like right around the three & a half-minute mark – try to convince me that’s not the MONEY SPOT right there!  But then like, the jazzy keys that come in right after, the brilliant doses of avant-garde guitars along the way…I mean…there is just SO MUCH here to LOVE that you’ll lose track of the million reasons there are to dig this song.  What I really liked about “Bertolt Brecht” is that it’s actually fairly static as far as the beat itself goes – this track never lets up, nor SHOULD it – because that beat is incredible.  Keeping that as the constant, it was super important for Betweenzone to rise to the occasion with the elements surrounding it in order to make the song move enough to be continually interesting to our ears in a nine minute-plus environment – and they nailed it.  Like as hard as you can imagine nailing it, they nailed it that hard.  It is ultimately impressive just how rigid the structure of “Bertolt Brecht” truly is, yet how creative, loose and imaginative it comes out sounding – you absolutely will not get bored.  It’s yet another form of the contrast in ideas and sound that Betweenzone brings to music so incredibly well with such confident execution and radiant production.

Sincerely, I’m a big fan of everything I’ve heard from Betweenzone and feel like there’s every reason to be excited about what’s happening in this project & look forward to whatever comes next.  I know what comes next for me…probably another spin or seven repeats through “Time Has Come (Radio Edit)” – but you didn’t hear that from me…I’m not here to talk about that right now…so I won’t.

But do yourself a favor and read between the lines…you should really check out what’s happening in Betweenzone…they’ve definitely got their own thing going-on…and it sounds fantastic.

Find out more about Betweenzone from their official page at Facebook:  https://www.facebook.com/pg/betweenzone