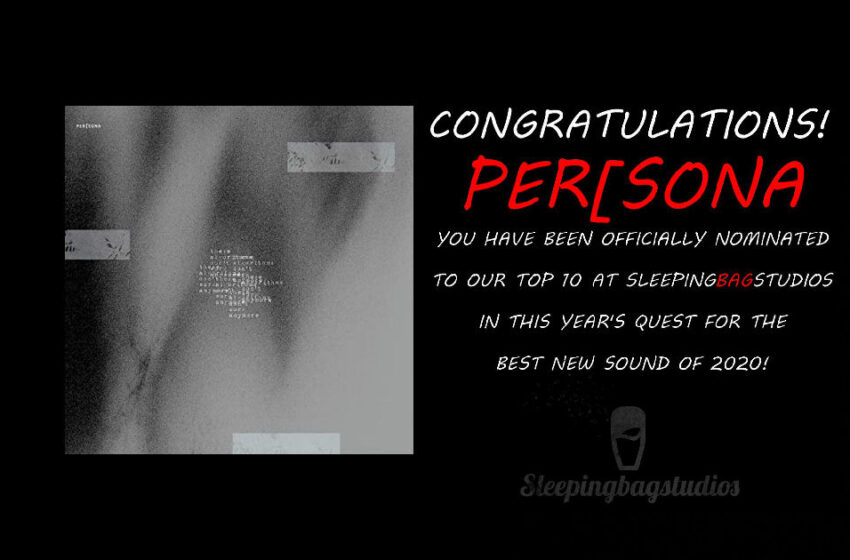 Our annual quest for the best returns!

Posted in randomized order, the nominations for the SBS Best New Sound of 2020 get revealed from Dec. 6th – 15th!

Join us in congratulating our official nomination of day 08 – per[sona!

In terms of overall tightness, spectacular execution, and that spine-tingling feeling of being ready for the next-level, per[sona released more than a killer debut EP this year, this band proved it’s got the juice to make this music thing a lifelong career.  Led by Joshua Aaron Goh who handled much of These Algorithms Don’t Work Anymore on his own from arrangement to production to vocals to music – what he & his talented band-mates achieved was beyond astonishing for a first impression…it’s a record powerful enough to lock-in long-term fans for LIFE.  From the cutting edge sound to the fearless performances that revealed per[sona putting everything they had into every single moment you hear – These Algorithms Don’t Work Anymore was a massive achievement well worthy of recognition by any measure, not just a debut.  per[sona’s got an extraordinary thing starting up, audible to any set of ears listening, and well-deserving of a top ten nomination.

Check out per[sona being discussed & played on the SBS Podcast by clicking here.

Full contest details will be announced on December 18th for the upcoming reader-vote to decide the ultimate winner of the SBS Best New Sound, who goes on to live on forever on our Wall Of Fame as the undisputed champion of 2020!  Why undisputed?  Because YOU get to decide the winner – and we couldn’t do it without ya.  Make sure to keep your eyes on our homepage & social media pages, and we’ll be sure to let you know when it’s time to cast your votes this year!