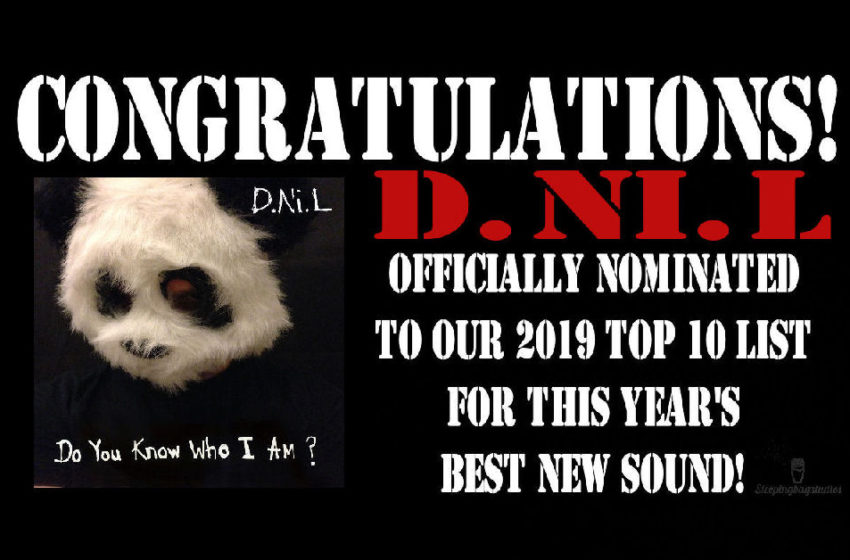 Until then, join us in congratulating our Day 9 nominee – none other than D.Ni.L, the first of any artist or band to make our top ten list with back-to-back nominations two years in a row!  After crushing it in 2018 with the release of his album Boy. Inside, D.Ni.L went on to another gnarly example of his gritty finest with the hard-hitting lineup of songs on his album Do You Know Who I Am?.  Technically the album was reviewed at the end of December in 2018, just outside of last year’s contest, making it the record that dates back furthest in our quest for our BEST NEW SOUND as it got underway again for 2019, but making it fully eligible for this year.  He’s even already got a new album beyond these two, called V, that proves his well of creativity never comes close to running dry.   The point is, he’s a true man of music and never stops making more of it – and we love that here.  Well-deserved accolades for a true force in independent music today; he’s a tireless innovator with a brilliant ear for sound & jaw-dropping skills – D.Ni.L has proven himself time & time again to be a true champion of sound.