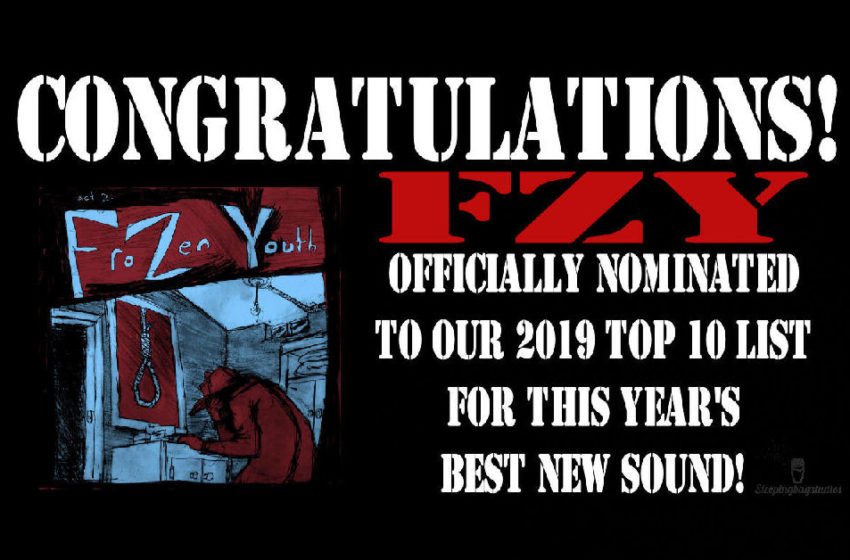 Until then, join us in congratulating our Day 1 nominee – none other than the artist known as FZY, who had a spectacular year filled with highly innovative, inventive, and at times straight-up bizarre music that we could never get enough of!  With two completely solid records that came out this year, it was nearly impossible to choose just one – both The Bunny And The Cub and Act 2: Frozen Youth proved that FZY was at the top of his game without question in 2019.  Powered by complex musicianship and thought-provoking lyricism – we fully salute and recognize FZY as one of the most undeniably awesome artists out there in the independent scene right now – the man puts 100% of everything he’s got into his music; to the point where it nearly costs him his entire soul in the process.