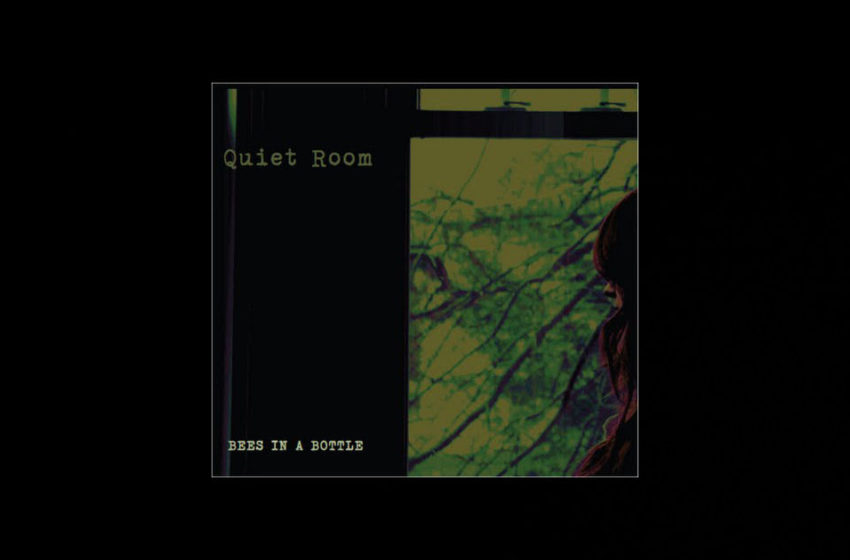 It feels oddly like it has been awhile since I’ve done a review, though we all know it hasn’t been long at all… Whatever the case is, it’s great to be here and I’m stoked to be able to talk about this latest album, Quiet Room by Bees In A Bottle. I wanted to get this review out the minute I finally heard the music amidst this extremely busy week we’ve had here at sleepingbagstudios; it took me much longer than I wanted to get to some dedicated time to listen to new music, but from the moment this album opened and set the tone with “Lost” my continued listening made me want to share my findings with you immediately.

First of all – I love this album. We’ll get to that…

These references…these influences that they’ve listed…I had a chance to look into the band during my research into their music and I was nearly surprised by what I found! Influenced by artists like Wilco and Tori Amos…Ani DiFranco…I mean, these are all heavy hitters…but none that honestly came to my mind.

In fact – the very reason I looked them up was because I was certain they were Canadian. Listen to the immediate opening of the album and tell me that the Bees In A Bottle track “Lost” doesn’t remind you of the laidback tracks from our very own Tragically Hip like “Escape Is At Hand For The Travellin’ Man.”

And then I heard lead singer Christine McAllister’s absolutely gorgeous voice and it hit me. It wasn’t so much The Tragically Hip this band reminded me of anymore – it was their close friend and ally, Sarah Harmer. Compliment? Here’s a reference for ya; Sarah Harmer’s last album would have easily been my pick for album of that year. The other piece I can hear, at least for myself, is a slight twinge of Sarah Bettens of K’s Choice. Whatever the combination, or however Christine comes by her sound, it’s completely brilliant, tone-rich and will definitely define the sound of this band in the years to come.

Overall, it’s a very crisp and smartly produced album that covers a lot of ground in between the worlds of acoustic-folk-rock and female singer/songwriter world. Each track is extremely well put together – and all of them artistic in their composition and assembly. I’d cite a track like “Not Like Ours” as a great example of what I mean here…and this might be what I love the most…someone get me a new paragraph!

That’s better. Okay. Here’s the thing…Bees In A Bottle aren’t writing “hits,” at least not one after the other. Again, let’s use “Not Like Ours” as our example again…the track is GOLDEN in every aspect from the angelic guitars to the immaculate vocal harmonies. The words crush hearts and tell a story and the way she sings it with a fragility that sounds near tears is incredible. In fact, there’s nothing I’ve found yet NOT to like on Quiet Room…so what gives?

There’s certainly a market for this music, and critics/reviewers like myself everywhere will fall in love with this album because of the heart and soul you can FEEL in it…but that authenticity is largely lost on the mainstream…at least for now. Independent acts like Bees In A Bottle make me truly believe that there’s every reason to believe in that day where the masses can resist the quality of the music no more, give up, surrender and listen with an indie-smile.

The middle core of tracks, “Not Like Ours,” “I Still See Your Face,” and “Summer Nap” reveal not only the diverse nature within their own style, but also truly reveal how comfortable this band is in going with a range of ideas in their music.

As a husband and wife – Chistine and Chad (Guitar) McAllister make up 50% of Bees In A Bottle, so comfortable it SHOULD be…but…well…where’s the CHEESE?

I have to say that anything I’ve thought about Bees In A Bottle outside of the music, well…I’ve been wrong on my first hunch every time. When I first saw that Christine and Chad shared the same last name, I automatically assumed brother and sister as the music was completely devoid of the CHEESE factor that comes along with 99% of the music made by lifelong companions. It’s just not there anywhere on this album.

In fact, I’ll go on record saying this is a completely beautiful album. Doesn’t matter what track you listen to or choose; the band is assembling perfect compositions that are captivating to the ear. These well-written tracks tell a story and this band makes sure that each one is told in such a way that they demand your complete attention; that the story will be LISTENED to.

Ha. Maybe that’s it. Quiet Room. It’s such an incredible title now that I think about it. You could hear a pin drop hear in the studio. I’ve come back to a track called “Eviction (Learning How This Goes),” I guess I just wanted to hear it once more real quick before I finished this…it’s the honesty and genuine feel in a track like this…this demonstration of pure heart on display that make this a great band and a force to be reckoned with.

It leads into “Space To Fill,” second to the end, a song that highlights the choices of Ian (Drums) and how conscious he has been with his drumming, again on display in the last track “Finally.” Combined with Leland (Bass) and the McAllister songwriting duo, musically each player expresses their instrument with passion and true emotion, attention to detail and wise choices. “Finally” – an instrumental end to this track shows that this band can be equally amazing without words as they can with them.

Check out Quiet Room by Bees In A Bottle right here at: http://beesinabottle.bandcamp.com/

Tags: Album Bees In A Bottle