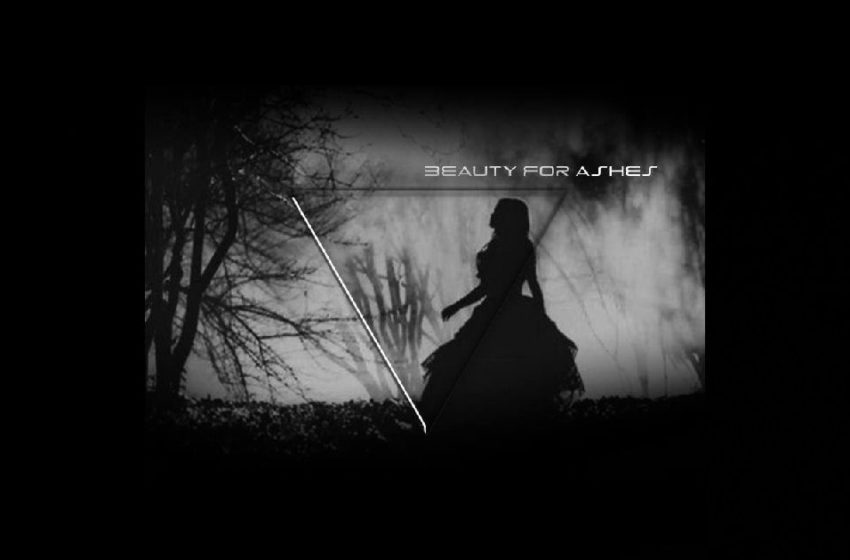 I’ll give you three powerfully strong reasons to look forward to the music of Beauty For Ashes this year – specifically, by name, “Heart Doesn’t Beat,” “Release Me,” and “Burn You Away,” aka the demo songs I’ve got from the band raging through my speakers this week.  This explosive band has big plans for 2019 – as far as my notes here tell me, these three tunes have another eleven more planned to be released along with’em over the course of this year…definitely clear that Beauty For Ashes is striking while the iron is hot and determined to make their mark.  From everything I’ve heard so far on these three demos, they got all the right pieces in place to succeed and seriously kick some ass out there in the music-scene.

Beauty For Ashes begins their journey officially in just under two weeks or so as of writing this review, coming out gunning with what is quite arguably the most accessible of the three upcoming singles.  This band hits HARD and they do it with style, precision, and all-out killer sound – but you will likely find that there are additional strengths on “Heart Doesn’t Beat” in the melody & hooks that will pull the people in a bit more easily.  They actually remind me a ton of a band that I loved in the indie alt-rock scene called 1FM from a couple years back…you might remember them making our top ten list at the end of 2016 – so ya know that bodes well for my opinion on what I’m hearing now in Beauty For Ashes.  They’ll take their own bold hooks & sound in an even more vicious and scathing direction in comparison to a band like 1FM on this song – and overall when it comes right down to it, adding in huge moments like right after the complete silence around 2:30 and exploding into a sonic force to be reckoned with upon return.  What is not to love here?  These dudes are scorching hot already.  Not only are each of these guys giving their instruments the business and making the most of their moment on this highly versatile debut single, but the structure of the song itself is brilliantly assembled, smartly written, and expertly performed.  And keep in mind y’all – I’m still listening to these tunes in the DEMO stages!  “Heart Doesn’t Beat” has gripping hooks you’ll remember, pro vocals & musicianship, and an overall sound that easily proves just how ready this band is to start rolling out their material and dominating the world.  I think the diversity in this one song alone will reveal how many places their sound can fit out there in the music-scene…the multiple directions they rip into along the way through “Heart Doesn’t Beat” showcase their creativity & talent…and that punch into the chorus is a continual highlight that brings it all home as they soar into the most melodic parts of this first cut from Beauty For Ashes.  The balance is remarkable – that’s where these guys are going to win the war with listeners out there…you could argue there’s everything in the mix here from Pop to Metal, Alternative to Indie, and you’d be right; they flash moments of all these styles on their own in a hybrid approach that’s bound to pull in a wide audience.

When these guys hit the switch and pack the power & punch into their sound, believe me, you’ll feel it.  “Release Me” is a solid example of the band using the loud/quiet dynamics to full-effect; atmospherically serene and melodic at its most spare, and full of explosive raw power from the music to the microphone when they’re all firing-off at once in a unified front.  Not only can they effortlessly transition from style-to-style and incorporate all kinds of ideas into one song, but from a professionalism standpoint alone, Beauty For Ashes already sound skilled enough to compete with any of the veterans of the scene right now.  There’s a ton of space out there right now for a cut like “Release Me” or any of these three tunes for that matter…it’s not hard-rock, it’s not alternative, it’s not metal – it’s all of these things and more…like an updated spin on what Faith No More sounds like in many ways.  What’s plenty clear in listening to the way they attack these songs is that you’re not likely to find a band out there that can compete with the way these guys commit to their material, focus in, and execute.  Again – for ‘demos’ – I can’t express just how impressive these tunes already are and the strength of the material.  I absolutely love that I couldn’t tell you one way or the other who the star of the show is here in Beauty For Ashes…the guitars, bass, drums, vocals – what?  I might be slightly partial to the vocals myself personally…I’m no different than most fundamentally, I gravitate towards vocals like so many do – but even IF that was conclusively the case, it’d be the slightest of edges – this entire band is kicking all the ass on “Release Me.”  Excellent mix of melody and the hard-stuff in Beauty For Ashes…there’s a slight chance that their hardest extremes will narrow the audience a bit, but even I’m not entirely sure about that myself – I honestly think my gut tells me the way they approach their writing & music is going to open doors for them, not close’em.  Even if you weren’t a fan of that in-your-face style of yellin’ right at ya that Beauty For Ashes rip into in each of these tunes at points, there are still a whole bunch of other massively addictive hooks and melodic aspects involved in these ideas to entice all kinds of ears.  It’s the kind of crossover sound that can pull fans of one genre into another – and that’s a powerful asset.

I’m incredibly excited about the third single and think I could make an argument for it being the strongest use of their hybrid style…I could definitely make an argument for the raw power of the band reaching even more mammoth moments here…by about thirty-five seconds in, I think that much is clear to anyone.  But LISTEN…and listen CLOSE dear readers, dear friends…because right around fifty-seconds in, you’ll get a dose of what’s certainly one of the strongest hooks they’ve written on any of these cuts.  The chorus of “Burn You Away” is so top-shelf it could fit satisfyingly onto either of the first two records from Finger Eleven, back when they were writing their best material & strongest hooks, still with something to prove.  Vocally though, I’d imagine fans of that band will hear the similarities here in the performance on “Burn You Away” – and if you’re anything like me, more of a good thing is a great thing.  I love the way this song is sung in the chorus…for the most part – I think here in its demo-stages, you can hear the singer reaching the limitations of his vocals on the “I fall to the floor” line, but considering the mountainous and monumental demands made on the microphone along the way, it’s understandable.  That being said – this is definitely a tune worth putting that extra time into; I mean, this one tune alone sells me personally on the idea of checking out a live show from Beauty For Ashes – moments like “Burn You Away” have so many different moving parts that I’m willing to bet it would make for a seriously killer highlight on stage.  And don’t get me wrong…I’m not saying the vocals go off the rails on that particular line I’ve pointed out, just that we can hear he’s at the maximum, that’s all…if the song required a ten, he’s giving it an eleven still and getting it to where it needs to go, even if it’s a performance that’s just a breath short of hacking up a full lung onto the floor beside the mic stand.  At the most searing & scathing, Beauty For Ashes makes mincemeat out of microphones – at their most melodic, they’re actually surprisingly inviting considering how savage they can be at their most extreme.  And yes, when I’m saying savage, I’m saying that in a positive & supportive way – don’t confuse this write-up for anything less than complete enthusiasm for what Beauty For Ashes have got started here.  Thrilled about these demos and what I hear in this crew, straight-up…I hear a band that’s wickedly skilled, smart in their writing, capable of beastly sounds & memorable melodies within a single song, and determined to provide a bold & powerful experience in music that not only hits hard, it hits home.