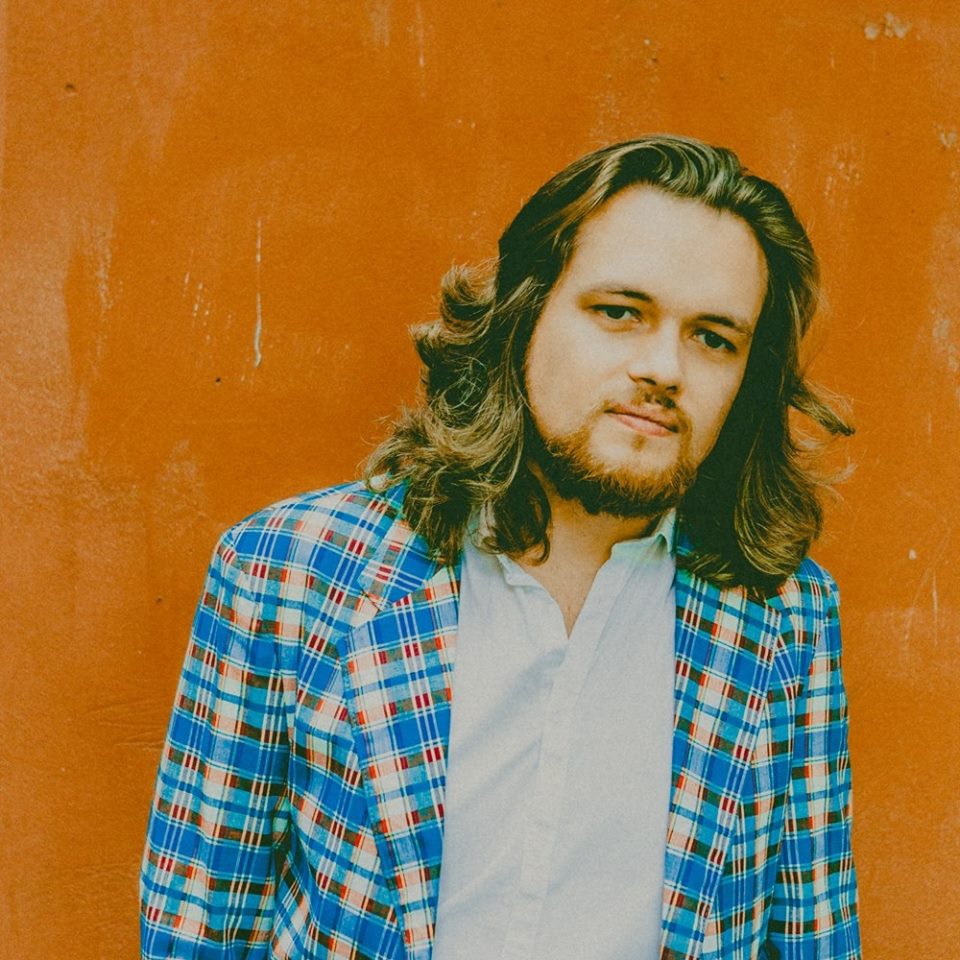 I definitely dig what I’ve read and researched on the music of Baum Jr., solo-artist from the UK.  From everything I’ve checked out on paper in learning about him…he digs rock…he digs electro…he digs 8-bit video games – so I figure I’ve gotta be in for some music I’ll definitely connect with; I’m into all of those things too.  I listen to indie/underground bands like Yoshi’s Island that make complete use of the 8-bit sound…and I love how artists like Beck have incorporated an actual Gameboy into his music and found a way to adapt the idea into the mainstream.  The idea of this kind of adaptation and ambition is still a unique and clever approach to music that’s quite ‘new’ in the sense that there’s not a lot of artists out there that even think to include this kinda stuff…it’s ultimately much more rare to find video-game sounds mixed into our music…and I think there’s more than enough room for Baum Jr. to jump into the scene in that respect.  Of course…as an artist…he’s got the freedom to take his music in any direction he wants to and of course isn’t limited to any one style with capabilities that could lead him down many paths to success…so who knows what we’re in for?  I’ve written every inch of this opening without hearing a single solitary second of his new singles “When I Grow Up” or “Heroes” yet…reading about an artist is always fun, but as we all know…it’s the music that truly speaks volumes.  Turn this up and find out what’s goin’ on with the music of Baum Jr.!

Starting out with “When I Grow Up” – it instantly began with the 8-bit sounds leading the way…and this immediately brought a smile to my face.  When the line about ‘happy hours/golden showers’ passed by…I was instantly brought back to my youth…I knew that line.  Realizing that I was actually listening to a cover song of the amped-up electro-cut from Garbage’s Version 2.0 record…I got even more excited.  I remember that song so vividly from that record when it first came out and how attached I was to it.  I’d read a lot about Baum Jr. so far, but had I read the most recent press release, I would have known that in advance, but it was actually really cool to have this sneak up on me like it did.  It doesn’t take long before you recognize it…but it’s still a surprise to hear this attempted like it is here…you really don’t expect it when it first starts out.  All this being said…I loved how the music came together and I think he’s done a wicked job of creating an 8-bit led canvas to carry the melody of “When I Grow Up.”  I was a bit mixed on the tone of the vocals in the verse itself…they kind of sat right on the edge of being a bit grating as the song began, but I felt like most of that issue got resolved as the song went on and the verses later on didn’t come so close to the threshold of acceptable tone.  Verse aside for a moment – it’s like an entirely different singer steps out and into the spotlight for the chorus!  Anyone familiar with the song knows the two main parts of this song certainly require a different energy…the verse is much smoother and subtle whereas the chorus explodes with the energy.  Rising to the occasion…Baum Jr. absolutely brings his A-game to the chorus of this tune with exceptional power, tone and passion – this is where he convinced me of the potential he truly has, 100%.

Of course…still before I finally broke down and checked out that press release, I was now paranoid that I was listening to a set of covers and went scouring through the internet checking about 20 songs called “Heroes” before finally reading the PR notice and discovering that “Heroes” was indeed, an original.  But here’s why I was checking to begin with…it wasn’t so much the suspicion of the title…I knew from listening to “Heroes” that it wasn’t a song I was familiar with – BUT – I was convinced I was listening to a song that had to have been a hit song recorded by someone else out there.  And again, that’s not me saying that what I heard sounded familiar – that’s completely credit to the depth of the songwriting and completeness of the idea he’s put out with “Heroes.”  Honestly – that’s an impressive tune from production to ideas to performance…the hooks are wonderfully strong and the atmosphere is definitely a dynamic one that has tons of building, payoffs & excitement to it as you listen.  Overall, it’s written in a bit of a melancholy style and the forlorn sounds of the opening sound both heartbreaking and incredible to listen to at the same time.  The way the beat kicks-in to “Heroes” absolutely rocks…and the vocals here sound confident and right on their game.  Thickened by a great mix and a layer or two – Baum Jr. ended up impressing me much more through this original than he did with his cover-tune; again, that’s not a slight on “When I Grow Up,” which he nailed, so much as it is complete praise for the fantastic songwriting he’s put into his original work.  The electro-atmosphere he’s created is insightfully developed with sounds coming at you from every angle once it’s come to a full boil.  Definitely hooks I’d remember for sure…I think “Heroes” shows the skill & heart of a real artist that’s intensely committed to making the best music he can…and I think he really pulled it off…this is a song/performance to be proud of for sure.

Great stuff from this guy for sure.  I’m excited about what I’ve heard from Baum Jr. and even more excited about all the different possibilities that lay in store for this artist and his music in the future to come…he’s got a great thing goin’ on and he’s just getting started.

Tags: Baum Jr. Heroes Singles sleepingbagstudios When I Grow Up