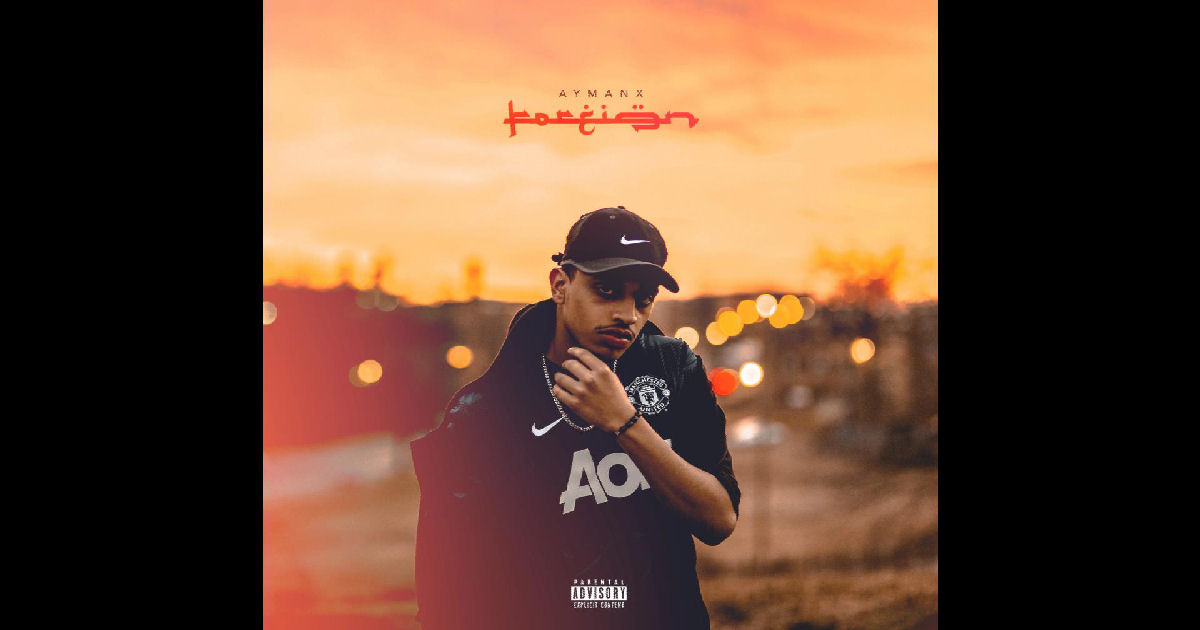 The way that I see it, until that strange day comes for me where I all of a sudden believe that a certain new genre, whatever it might be in the future, comes along and I think it has nothing to offer, I’m not really old…I just have a lot of grey in my beard.  Case in-point…the resistance to Trap.  For some people that’s been a natural evolution of the rap-game…others have been hatin’ on it since day one and haven’t even given the young genre a chance to flex what it has to offer yet as it evolves and grows.  That’s never been my thing…even if it’s a new style of music that comes from the root of a genre that’s not something I’d normally listen to, again, whatever that may be, I think there’s either something to it, or something to come as it develops over time.

So if you ARE one of those Trap haters out there right now that hasn’t found a reason to give it a chance yet – AymanX supplies an answer to that by doing it RIGHT on his new single “Foreign.”  Fun fact – as far as I know, the music came to us from a loose connection to Mus Matos, whose sound & style certainly bears a resemblance I would have likely pointed out after hearing the mix and low-down club sound of “Foreign.”  I don’t know for a fact that those two are homies, but they certainly should be…they should be out there poppin’ bottles, stackin’ paper up and touring through the club circuit together…just sayin.’

For those out there that don’t really ‘get it’ yet…as to what defines Trap from Rap…it’s all about flow.  At the end of the day, something like “Foreign” still sits comfortably under the umbrella of Rap at its roots – all Trap does; but it’s the noticeable added rhythm that takes place in the way the words roll together that is really defining this genre.  An emcee like AymanX is clearly in tune with that – and it’s because he ‘gets it’ that he’s able to use the microphone like a musician would add in an instrument.  See what I’m saying?  What separates Trap from Rap to a large extent is that ability to take a lyrical flow and have it add so much to the melody & rhythm that it becomes just as powerful of a hook as any you’d hear in the music itself…becoming virtually inseparable and REQUIRED for the entire melody to work at all, you dig?

AymanX does a perfect job of putting the rhythm and hooks into “Foreign” through his approach to Trap, and when he’s mixing it up and just letting the rhymes flow freely he sounds full of confidence and in full-control of his every move on the mic.  The pacing…another key element of what separates those that are Trappin’ and those that truly ain’t…is metered-out to perfection, leading to a cadence in the words and flow that is immediately enticing to the ears.  Backed by top-notch production that puts perfect emphasis on the dynamics that shift between the low-end bass and the space that exists between each sound we hear…it’s crystalline audio-entertainment for your faceholes people – don’t get caught sleepin’ on this.  For fans of the genre, “Foreign” will definitely hit the spot and give you another reason to get them speakers turnt-UP to absorb this wicked set of rhythm & rhymes…for those of you out there that have been on the fence about Trap, I say put on AymanX and then try to argue that the genre doesn’t have something to offer.  TRY IT.  What are you possibly going to say in response?  You know within about thirty-seconds or less you caught the vibe on “Foreign” and were pulled in by or interested in SOMETHING from the performance of AymanX to the stellar production on this single.  Just accept it…it’s more than okay to try new things…you’ll find music you never even knew you loved yet – and just like us, you should always be on a quest to hear what the best in a genre sounds like, and this is definitely at the top-end of the potential that exists out there in Trap right now, without a doubt.

AymanX scores a win with “Foreign” – that’s a hot track right there.  Everything up-front is awesome, but make sure to pay attention to the clever additions to the background as well…he’s covered all the bases on “Foreign” – and the slow rollin’ ending of this new single caps-off what’s already been a completely rad experience.  Firing on all fronts – AymanX clearly gets what this genre is all about.

Find music from AymanX at his official page at Soundcloud:  https://soundcloud.com/aymanx