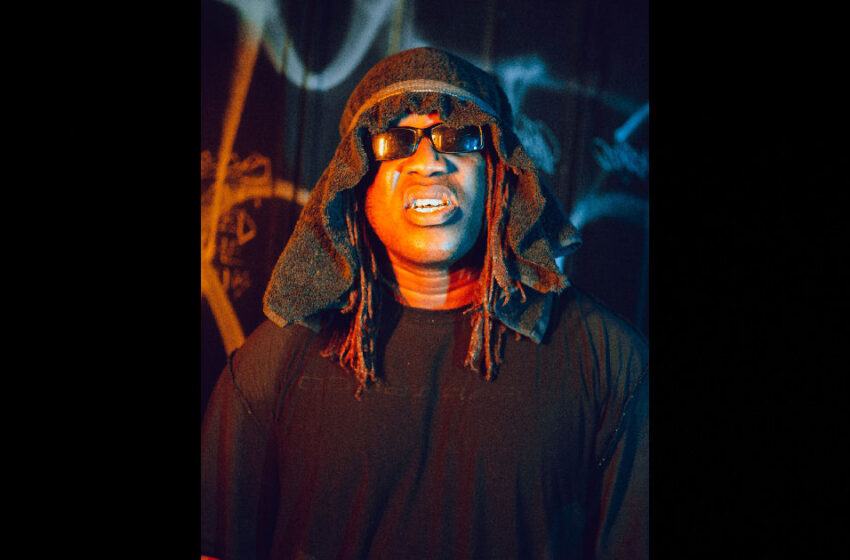 “Outline of bodies, ooooh I love the chalk!”  #Damn  #DontGoCrossinAvalancheYo 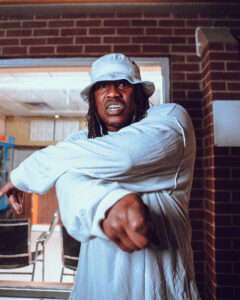 If there’s one thing that the details within Avalanche The Artist’s singles you can be certain about, it’s that this man doesn’t just “Talk The Talk” – he walks that walk too y’all – what he’s rappin’ about is definitely based on real life experience, and it’s gritty as all hell by design.  Think of it this way – a guy like Avalanche thrives in the shadows just as much as the spotlight, you feel me?  So believe it – there’s a whole shitload of you out there that just aren’t ready to deal with the fierce intensity of this mic hustler…and even more of you out there that would be shocked into a coma by trying to live a single day in the life he’s led.  Listening to the verbal firepower he’s workin’ with on a track like “Talk The Talk” makes you appreciate just how much this dude lives his life out loud – Avalanche holds absolutely nothing back, and rips rhymes harder than hard…presumably, because that’s the only way he knows.

Bringin’ it to ya straight from the city streets with his beamer parked right behind him, graffiti lining the walls surrounding him, effects & lights flashing throughout the video, and the main star of the show commanding every syllable like they owe him money – “Talk The Talk” is one of those larger-than-life type cuts that makes a genuinely memorable impact on ya & makes Avalanche’s presence felt, 100%.  Obviously a track like this is gonna appeal to some & not necessarily everyone…but that’s true of all music when it comes right down to it – in my experience, putting yourself out there as unfiltered, raw, and real as this man is & has been straight from day one leads to a loyal fan-base that knows what to expect from this artist that fully invites & welcomes controversy.  He’s just a couple barks short of sounding like he’d do a spot-on cover of something from DMX…that’s what I’m saying…he’s THAT level of intense & straight-up enormous in the personality department.  Y’all regular readers know that at the end of the day, what you choose to rap or sing about is one thing, but how you choose to DO that is another thing entirely…and for me, it’s all about the latter element.  We’re all gonna write about what would be relevant to ourselves on a personal level – which completely makes sense – but how we perform is what can take something like that personal material, and bring a universal aspect to it – you following me?  Essentially, what I’m saying is that it’s the way that Avalanche brings it to the mic so consistently and with such verbal authority & confidence in what he can do, that expands the potential reach of anything he chooses to rap about, because everyone wants to hear what this guy will say next.

Believe me…within mere seconds of checking out “Woodlands Shogun” you’ll realize all I’ve been spittin’ here in this review has been the truth – Avalanche The Architect ain’t short on personality whatsoever y’all.  Middle fingers raised up high – nothing is safe, he’ll “piss on an alien” when it comes right down to it if he’s gotta…but maybe even just for fun too – don’t say you weren’t warned my extraterrestrial friends.  Here’s what I like though…you can tell that Avalanche has got that signature sound & vibe goin’ on – which is clearly the case of a veteran of the Rap game surging into his prime.  From what I can tell, it looks like he’s been releasing music for at least about a decade now, so there’s no doubt that he’s fully dialed right into what he can do & what he’s capable of, and the results of being at your most confident always end up being revealed in the performances we hear, which is exactly what’s goin’ on in these two singles.  There’s no trepidation, no caution, no fucks given, no prisoners taken, and no holds barred yo – Avalanche spits his rhymes with such force that the Butterfly Effect is REAL somewhere halfway around the world because of it, you dig?  You can literally feel the wind from the force of his words – that’s what I’m tellin’ ya…and ultimately, I’m telling you that this kind of confidence on the mic has an allure of its own.  We as people & listeners, gravitate to voices we know are speaking from a place that’s real, and when you listen to tracks like “Woodlands Shogun” and “Talk The Talk,” you know that’s what you’re hearing…the perspective of Avalanche & how he views the world…syllable for syllable, pound for pound.  It would be tough to choose between these cuts if you’re talkin’ about quality and performance…he’s seriously consistent and delivering at a high caliber.  Stylistically, “Woodlands Shogun” probably gets even more dark than what you’ll hear on “Talk The Talk” to a degree…and sounds a bit grimier & grittier too I suppose…both these tracks are harder than all hell!  So it becomes tough to figure out what ya might like better…we all dig different aspects of an artist like this & music that goes straight for the jugular like Avalanche’s does…but I suppose the good news is that you don’t have to choose at all – both of these cuts are out there and available online now…and if you know what’s GOOD for ya, you’ll listen.

Find out more about the man direct from his official website at:  http://www.avalanchethearchitect.com