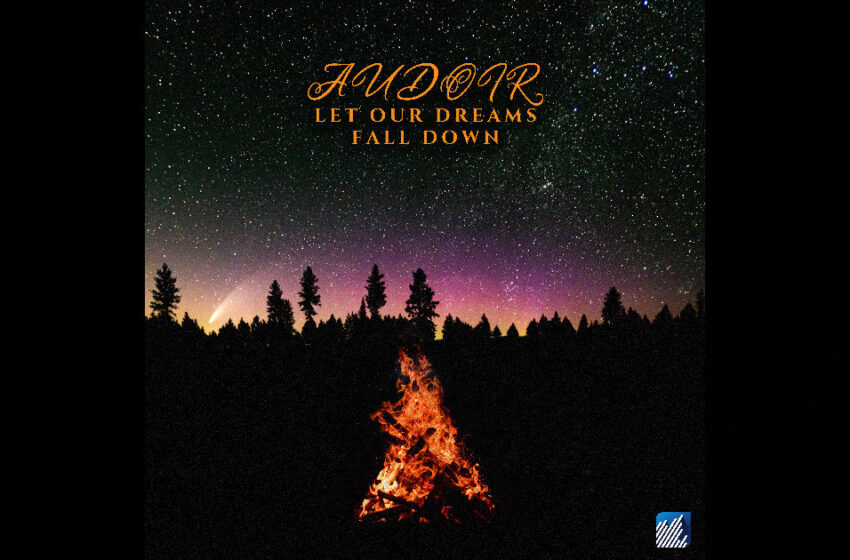 This may very well be both one of the coolest & controversial aspects of our growing music-scene that we post up here on our pages this year…because…well, brace yourselves…AUDOIR is led by SAM…which is A.I.

That’s right, as in, the same A.I. you know to mean artificial intelligence – and SAM has expertly assisted in creating this single “Let Our Dreams Fall Down” – in fact, SAM takes top billing when it comes to the final output & songwriting credits.  Being my very first experience with a song written by A.I. and this itself being one of the first in the world altogether – I gotta say, this is definitely more than impressive.  As a company in general, filled with people far, far smarter than I’ll ever become in the rest of this lifetime of mine – AUDOIR itself seems extremely transparent about the process of evolution this whole project is going through; they’ll even more or less acknowledge this is still a work in progress through the ‘making of’ featurette about this single, even though they’re already achieving noteworthy results.  Honestly, I probably enjoyed this behind the scenes glimpse at the whole process just as much as I did listening to the way this song shaped up by the end – I applaud AUDOIR for the way they’ve shown us the potential of what they’re doing, something great in the results already through this single “Let Our Dreams Fall Down,” and whether intentional or not, also revealed how important & essential the human element still is when it comes to making music that’ll connect with you listeners out there.  For if you’ve been paying attention from the very beginning here – I said SAM gets top billing – but I didn’t say SAM was the only one involved; to make this completely work by the end, both human and machine needed to find a way to collaborate in order to create what you’ll hear on “Let Our Dreams Fall Down” – and it seems like together they make quite the team.

So don’t PANIC just yet singer/songwriters out there…and credit where credit is due – SAM still needed the guidance & musical expertise of Wayne Cheng & Robert Thomas to pull this completely over the finish line…for now.  Let’s not forget – all those who thought the drum machine was going to be the end of all live drummers forever were entirely wrong on every level – and through our collective wisdom, we’ve now made plenty of room for both.  I highly suspect the same will be true for what AUDOIR is creating right now; at the end of the day, we’re irreplaceable when it comes to what we tiny humans can bring to the music we make – but I am more than willing to personally live in a world where we have room for both A.I., and us.  For you see folks – it’s not a competition, nor is AUDOIR intending it to be one – this is much more of a complementary addition to the scene at-large – you can read that as in, more music being made for ALL of us to enjoy.  It’d be pretty tough to complain about something like that from my perspective – and for what it’s worth…man, machine…it doesn’t matter – a debut is STILL a debut, and there is always room to grow – I didn’t need this first single to come out half as flawlessly as it does, I just needed to be convinced the potential was there and it clearly is.  The melody of “Let Our Dreams Fall Down” would more than sell almost anyone out there listening with its inherent sweetness & soulful vibes…it required a tweak here & there to get there, but thanks to Robert and Wayne, they not only made it work, they made it shine.  Between the three heads, two organic & one mechanical, this collaborative effort reveals that even the music of the future can’t help but draw on the past & the timeless moments that have made it such an essential part of our existence all throughout its history – and proves that organic innovation and technological advances can find real harmony together over these next years to follow.  A fascinating glimpse of another potential avenue of music in the future to come, and a tool being designed to help so many people out there around the world with their own songwriting as well – AUDOIR is light-years ahead of the rest right now and it’s going to be extremely exciting to continue to see & hear how this insightful project becomes even more evolved over time.  With stunning results like “Let Our Dreams Fall Down” and its gorgeously addictive melody speaking volumes on behalf of what AUDOIR and SAM can accomplish – theoretically, the possibilities are endless as to what they could go on to achieve in the future, but it’s more than a safe bet to say their experimentation along the way is gonna sound real good to all of us if they’re already starting out with a single as solid as this one is.

I absolutely recommend watching the “Making Of ‘Let Our Dreams Fall Down’” as well – you can do that by clicking here – and find out more about AUDOIR at the official website at:   https://www.audoir.com