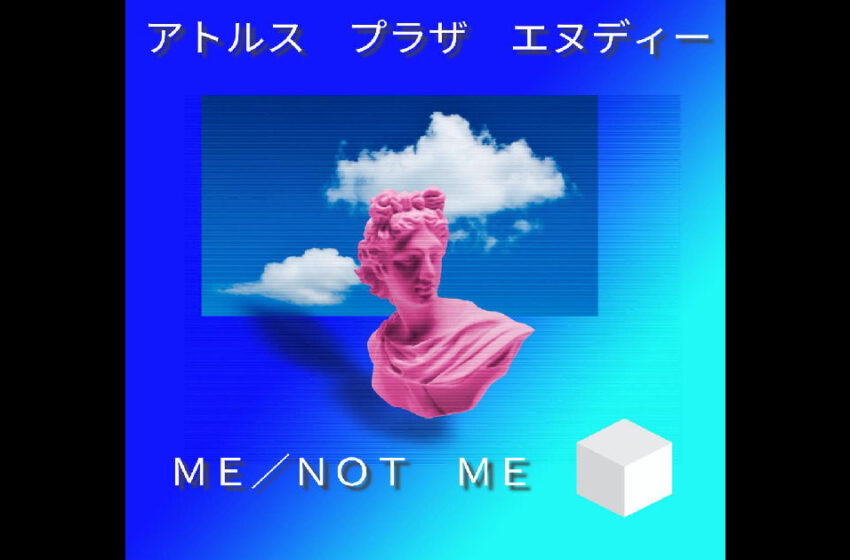 If you tuned into the SBS Podcast earlier today, you’re already ahead of the game here and have heard some of my thoughts on the music of ATLS PLAZA N.D., based outta L.A., and you would have had a listen to half of the set with the song “Multi-paradoxical Consciousness” from his brand-new 2021 EP, ME / NOT ME.  If you haven’t had a chance to listen yet…keep’er calm, we’ve got ya covered like we always do – you know these shows are posted up permanently right?  Click right here to go to the latest episode, and get yourself a sample of the audible awesomeness that’s happenin’ out there in this music scene we share – lots of tunes to keep ya entertained, and ATLS PLAZA N.D. is certainly included in that assessment.  As a longstanding fan of all-things-digital, ME / NOT ME went down real smooth over here.

So let’s see here…given that I know you’ll all tune into the SBS Podcast and learn more about what I had to say about this Vaporwave artist/producer…what didn’t I tell ya on the show that I can tell you here?  We talked about “Multi-paradoxical Consciousness” of course…heck, I’m sure half of you listening out there would have even noticed I barely got that out with the right pronunciation the first time I said it – it’s a mouthful of a title, that I can tell ya for sure.  We also went through some of the defining attributes of Vaporwave sound, so the old folks out there would better understand the dimensional depth that morphs it in a different direction than what you’d just wanna put under the bigger umbrella of Electro – and we also talked about the MASSIVE, sixty-one song record called SAINTELLE that ATLS PLAZA N.D. has dropped online as well.  All of these elements & aspects of his achievements represent an even larger part of what’s happening in the music of ATLS PLAZA N.D. – which is that there’s a savage amount of serious thought being put into each and every cut you’ll listen to, and every move this dude is making.  For real – check out the bio for example!  I ain’t gonna lie to ya – bring your DICTIONARY…because at least half of ya are probably gonna need it to get through it.  Obviously as somewhat of a wordsmith myself, I’m completely digging the descriptions of this guy’s sound and the story of his journey to doing what he does now…but yeah…I’d readily acknowledge the fact that ATLS PLAZA N.D. is writing above the heads of a few of ya at the very least – and I’d also tell ya that’s a good thing.  For you see dear readers, dear friends – that’s the thing about the next-level…not everyone out there is even going to ‘get it’ at first, and nor should they – when you’re onto something truly groundbreaking, it’s essentially new for everyone.  The stunning attention to detail in a song like “Multi-paradoxical Consciousness” (which is, yes, practically just as hard to type out as it is to say, FYI) should be all the audible confirmation any set of ears would need to know the man is onto something significant, and that the quality of his sound and ideas combined are definitely going to lead ATLS PLAZA N.D. to the success he’s seeking and the career he’s looking to carve out.  I love the way he’s threaded the vocals into “Multi-paradoxical Consciousness” and used them like another instrument in the song…I love the endless atmospheric depth in the music…I love the array in the sound selection itself, and the sheer cleverness in the structure – it’s a fairly chilled out & mellow cut at its core, but it genuinely travels light years from where it starts to where it ends.  You get a whole lotta song in “Multi-paradoxical Consciousness” is what I’m sayin’ – but having said that, the point I’ve been making all along is that you get a whole lotta substance too.  From performance to production, there’s not a single damn thing I’d change about a song like this opening cut from the ME / NOT ME EP – it might be a laid-back first impression, but it makes the impact you want to hear, establishes a sensory vibe immediately, and definitely gets us interested in whatever might come next.  If this ain’t the goals for your own track-ones out there…perhaps pay some attention! 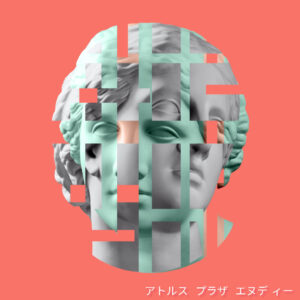 The EP’s other half, “Advaita Vedanta” is a bit more spread out over the length of eight & half minutes, and incorporates a welcoming, jazzy vibe into the mix.  It’s energy is technically dialed-back even further than what we experienced on “Multi-paradoxical Consciousness” beforehand…but I’m of the mind to assume that if you enjoyed that first cut on ME / NOT ME, you’d have no problem at all enjoying the second one too.  The main concern on having them both appear on the one record would simply come down to the levels of volume – each cut plays at a significantly different setting, with the first track bright & bold, and the second in “Advaita Vedanta” being much more elusive to your speakers & ears without turning it up significantly on your stereo so that you can absorb it all.  Back-to-back, obviously there’s risk in that…at the volume I personally wanna hear this record at, I’d have to make sure I was right on the trigger if I left it on repeat so that I didn’t shake the house down when it looped back over to track one again, you feel me?  That ain’t nothing but a tiny detail that’s easily resolved on ATLS PLAZA N.D.’s end – if that’s what he even WANTS to do in the first place, which I’d readily acknowledge, it might NOT be.  Like I said…a dude like this is ahead of the game & ahead of the rest of us…and I’m just like the rest of you out there at the end of the day – I might not even ‘get’ everything I’m hearing as I’m hearing it now; maybe one day I’ll catch up…hopefully.  Anyhow – it’s super easy on my end to reach over to the volume on whatever I’m listening to & turn up “Advaita Vedanta” to however loud I’d like it to be…so don’t get me wrong…I’m not complaining, just observing…callin’ it like I hear it, as I always do.  When it comes to the song itself, I’m easily just as addicted to this second cut as I was to the first more or less; I think the advantages of the brighter production on “Multi-paradoxical Consciousness” kind of make it the natural choice for our ears to select it as the go-to cut on this particular EP in terms of its overall accessibility – but if they had both come out at a similar volume, I think the choice as to what was anyone’s favorite would be a whole lot tougher.  But so it could be louder – big freakin’ deal!  And who am I to judge anyway?  I’m just some guy!  The fundamentals are all in-line, the mix might be low, but the track is still as tight as the first you heard…like I’ve been saying, it’s an issue that’s easily resolved – what matters to me most, always, is that the ideas are there – and ATLS PLAZA N.D. has had no issues whatsoever in that department.  “Advaita Vedanta” sounds like a combination of the vibes from back in my day…almost like if you crossed the chilled-out sensory tones of Boards Of Canada with the jazzy ingenuity of something like Prefuse 73…somewhere in the middle, you’d find a hybrid sound like what you’ll hear on this second cut.  It’s got an uplifting melody at its core, it takes chances along the way by switching it up through clever edits and stutter-shots of Electro sound in the mix to warp the sound around ya, it packs in a mesmerizing and hypnotic groove that you really don’t ever want to end in my opinion…”Advaita Vedanta” is the kind of cut you just wanna stay lost inside and absorb every morsel of.

There’s creativity and craft, technique and diverse sound in high-quality doses to enjoy on the ME / NOT ME EP; dude’s got me sold on the Vaporwave vibes he’s puttin’ out there onto the internet, that much I can say for sure – I’d be fully stoked to dig into more of what ATLS PLAZA N.D. comes up with, any time.

Find out more about ATLS PLAZA N.D. at the official pages below!

Tags: ATLS PLAZA N.D. EP ME / NOT ME sleepingbagstudios