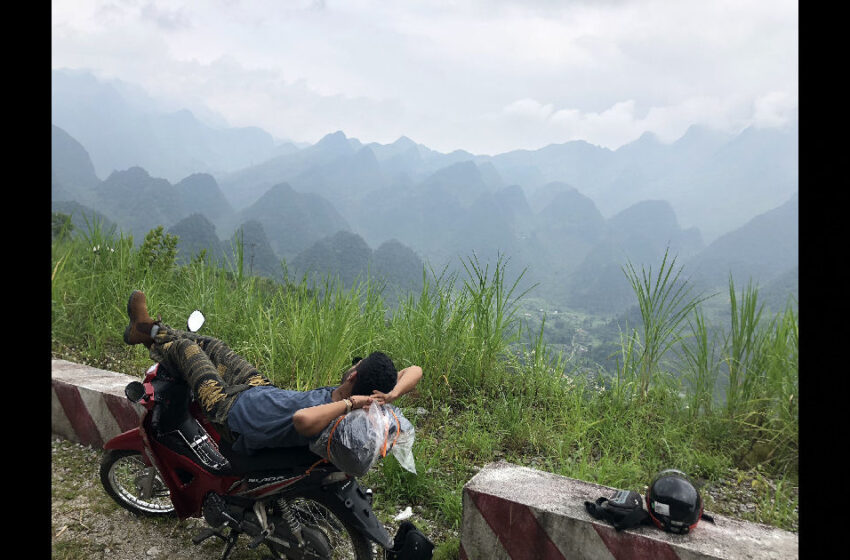 At the end of the day, I’ve still got no real clue as to who he is, how he does what he does, and clearly vice versa…but he seems like a nice enough guy.  The music’s good…that much I can tell ya.  Still…it’s always going to seem strange to me when someone calls me a “professional” (I ain’t) or someone feels like there would be something I could ever say that should somehow inspire some changes within a song?  Who am I?  How on earth would anyone know any better than the people that make the music?  I don’t know much ASITS…but I’d never take the advice of any one person as the ultimate gospel truth…

Like, for example…a song like “Oh My” – to me, this is freakin’ GREAT and entirely addictive – but that’s my perspective, and clearly, I’m weird.  Maybe that’s something that needs to be considered, maybe it’s not – I’m not ASITS and I have no idea what the dude’s priorities are or why my feedback would be valued any higher than his own creativity.  I can tell the guy I have no clue what it is the vocals are saying – but then what?  Is he going to clarify them further?  That would make the song worse…at least for me, personally – and I’m not interested in that.  Is it completely awesome and addictive and had me turning it UP every single time, regardless of the fact that I still have no clue what’s being said?  Yes.  Tinker with it if ya want my good man…I can’t see why anyone would.  I can hear that “Oh My” is a highly compressed cut with very little ambience or air in the track at all…which kind of gives it a more isolated or cagey feeling when any tune has a mix like that – but how would I know what the goal is?  Maybe that’s exactly what ASITS wanted!  Suppose he adds 5% less compression and gives the song more breathability…does that make it better?  Not necessarily, nope.  Sometimes what we learn about our music when getting a review has nearly nothing to do with the actual music itself, but a provides a better understanding of what gets said when you put your tunes out there for a “professional” review.  Like I said…first & foremost, that ain’t me – I’m just some guy who happens to have listened to a hell of a lot of music throughout the years and has the patience to write about it.  My point is that, someone out there is going to come along, and tell ASITS the complete opposite of my opinion…so where does that leave the guy?  Make a bunch of changes & then make a bunch of changes back to the way it was?  The melody and uniqueness of “Oh My” is honestly about as addictive as it gets in my opinion…maybe it’s perfect, maybe it’s not – maybe it’s perfectly imperfect…all I know is that if I had created a cut this kickass, there’s nothing any hack like myself could ever tell me that’d make me change it.  But I’m not ASITS…again, I don’t know what the goals are.  And YES…some advice, can be helpful, occasionally, if there’s some kind of a valid reason for concern – but who in the heck made this guy feel like there was some kind of an issue in the first place?  If I made music this good, that’s all I’d do, all day & every day.

Honestly ASITS…please, please, please direct me to the people out there that might be telling you to change something, so that I can introduce them to the feeling Chris Rock had recently when he was formally introduced to the back of Will Smith’s hand.  I listen to a track like “Winds,” which arguably to me, is even BETTER than “Oh My” – and all I can think about is that anyone telling YOU to change something, for any reason…is probably way off base dude.  “Winds” is so loaded with the kind of sound that makes an impact on us all…this melodic combination of electro is completely where I’m at, and I’m gonna be listening to this song all year long from this point forward, I guarantee it.  Now – the question becomes – is it the mix?  Is it the ideas?  The execution or sound overall?  And the answer is – who would ever know?  I can tell ya that the mix on “Winds” has that extra additional breathability to the sound that gives it a bit more space to move freely, and doesn’t feel as constricted or confined as what we experience on “Oh My” – but I can’t tell ya that makes it a BETTER song to everyone out there because of that one reason!  Production-wise, a lot more is going right on “Winds” in my personal opinion…but again, I can’t argue that it makes it a better song than “Oh My” was beforehand – it’s going to be for some, it’s not going to be for others…that’s simply the nature of the world and how opinions work.  What ASITS really wants, whether he knows it or not, is the general consensus between what a very large sample of people might be able to tell him…any couple of random opinions from weird guys like myself are never really going to be enough – and shouldn’t be enough – to make serious changes, unless for whatever reason, there’s something incredibly obvious that’s holding a song back.  Any hindrance or obstacles…I mean…they simply don’t exist here.  In my opinion, I listen to a track like “Winds” and some of my first thoughts are – why wouldn’t we ALL be as addicted to this as I am?  In the world I wanna live in, we sure would be!  And what a kickass soundtrack we’d have living there too.

But that’s not where we live…that’s not how art should work…and it’s the diversity in our opinions that makes this whole place we’re in actually kind of interesting.  We’re all gonna like what we like, and love what we love, that’s the nature of the game.  Rarely, if ever, does the entire planet agree on what sounds good to begin with, and believe me when I tell ya, it’s even harder to reach an agreement on WHY something would sound good to us when we listen.  It’s kind of like the pursuit of perfection every single time…and if that’s the goal, I can promise ya, even the best among us, would & will fail, miserably.

My advice…the only advice I’d ever consider to be really relevant…is to simply do YOU the best YOU can do it…that’s where the real ground is broken.  It doesn’t come from checking over our shoulders to see who likes this, or who likes that, and second guessing the art that we make…that only becomes pandering to an audience.  I’m not even saying THAT is wrong if that’s the route you wanna go with the music you make, I’m just explaining the reality of what that would be.  If you’re looking to make an impact on this world through the music ya make…my opinion would actually be the less opinions, the better off you’ll be.  ASITS has all the right fundamentals in place, and clearly a gift when it comes to both ideas and different methods of production…I ain’t gonna be the guy to tell him to change a single thing…not when everything already sounds this audibly amazing.

So if these tunes change from here…I think that’s a crazy call to have made, especially if they change based on someone else’s opinion other than his very own.  And again…if that happens, for some reason or another…please send those opinions my way, so that I can set them straight with a good Will Smith’n.