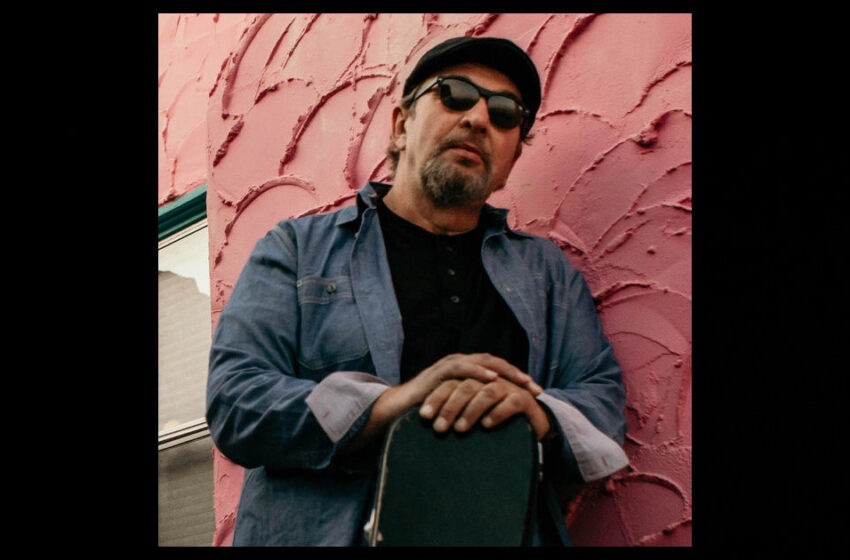 *totally related side-note…it’s a bit ironic to listen to a song called “Solo” that has two singers on a single about being single.*

Though to be fair to the guy, depending on where you’re looking online, you might find him “Solo” as Arnold Mitchem…but you might also find pages dedicated to the Arnold Mitchem Band as well – all I can tell ya with certainty is that there is indeed, more than one person in the mix here singing along.  It’s been a minute or two since we last had the man on our pages here…it was back in the summer of 2020 that we were first introduced to his music with a song called “Shout” that came off his last record, Drive.  Well…kinda…it was technically a remix he did with artist Jason Pittman that updated the album version.

Anyhow!  He’s back in action – and we’re glad to have him back, “Solo,” or otherwise.

All-in-all, Arnold sounds in fine form here…and relatively happy to be flyin’ “Solo” from what it seems like.  Honestly, it’s kind of refreshing…think of how many love-songs you’ve experienced in this lifetime already!  To have put a tune like this together is actually really clever – and for you proud single folks out there, you’ve finally got something you’ll be able to turn up that’ll represent how you feel.  Even those of you out there in relationships where you have those moments where tensions flare up, you’ll at the very least be able to live through Arnold for a minute or two as he sings this song about his newfound personal freedom.  Of course…there are two sides to every story…context matters, and we do get a little bit here…but mostly in the frame of the aftermath – if this is fictional, then hey right on, good tune – if it’s based on real-life experience, it could me altogether different things.  Like…for those of you out there that have run into you ex shortly after a relationship has dissolved (which is generally most of us) – don’t you just hate how AWESOME the other person is doing after everything seemed to go down the tubes not too long ago?  “Solo” is kinda like that times a million if you look at it in that regard.  And then of course, there’s the purer possibility that maybe, just maybe, it’s still based on his own experience, and things honestly worked out for the better…maybe Arnold’s realized that “Solo” life is where it’s at.

Or at least for now.  As the main hook of this song implies, Arnold’s “flyin’ solo for a while” – he doesn’t say one word about it lasting forever…so don’t get it twisted, as far as we know, he’s still in the game.

No real cracks in the armor to be found here…”Solo” is well-performed & well-produced & all that…and despite the irony, those backup vocals were an essential contribution to this tune and sound fantastic.  Arnold also puts in an excellent performance of course, as we’d expect from what we know of the man’s music so far, and really provides the heart & soul of this song through a really charismatic lead that gets the best out of his lyrics.  The reality is, “Solo” is a celebratory tune…it’s designed to be pepped-up and cheery, and it succeeds in doing that spot-on…the musicianship is as crisp & tight as ever…there’d be no valid reason to complain about what you hear, and in general, this song truly brings something to music that’s rarely ever explored.  I mean…I can think of like…”Single Ladies” by Beyoncé of course…but that’s pretty much it – if you’re gonna hear a song about someone rockin’ the “Solo” life you can best believe that 99% of the time it’s gonna be on the miserable end of that spectrum, coming from the perspective of someone that just wants to jump right back into it all.  Not Arnold though…nope – like I said, he’s content to just chill “Solo” and see where the wind may take him next…not saying he’s given up on love permanently, just “for a while,” as he says.  It’s a quaint & enjoyable single that’s a pleasure to listen to…there’s lots of personality & charm here on display from the music to the microphone, and lyrics that get right to the heart of the matter.  Excellent guitar solo in the mix there for ya too…this whole tune is on completely steady ground, reflecting the mindset of the man in his demeanor and how comfortable he is in his life as it is right now.  Arnold will definitely have you believing that the “Solo” life ain’t so bad at all…in fact, he makes it sound pretty damn good if you ask me – this single hits the spot nicely.

Find out more about Arnold Mitchem at his official homepage at:  https://www.arnoldmitchem.com