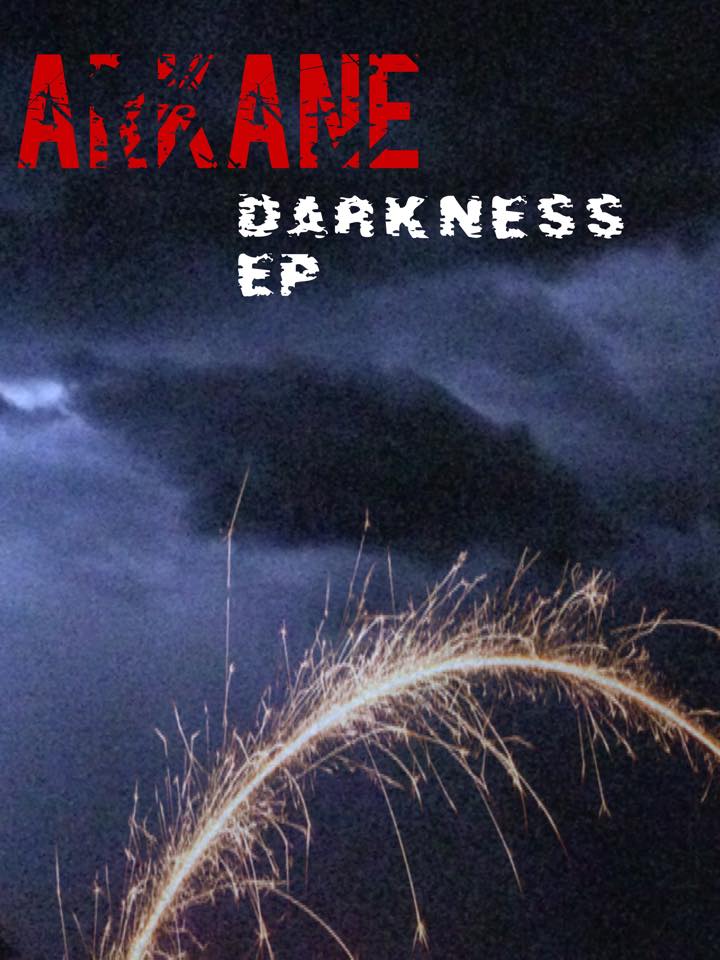 This is definitely an experience. Hunter Dollar, aka the musical-mind-of-mayhem behind the music of Arkane has jumped right off the deep-end…and I love it. This new album he’s about to release here in the Spring of 2015, Darkness, is full of dark-electro mixes and forays into dubstep and whatever you might call music featuring the voice of a robot; it’s intensely enjoyable and completely dynamic in sound.

Honestly I’d call the music of Arkane an excellent bridge between the gap between mainstream and electro-music. This is something that a fan of Nine Inch Nails could potentially grab onto and find their way into a whole set of new genres in electro; the dark tapestries behind the playful electronics take themselves incredibly seriously with ominous tones and building low-end frequencies.

Look…I know a TON of people that would say the opening track “The Darkness,” is just too much for them. Their loss! It’s complex-electro that is constructed to make your brainwaves dance; hate to say it, but that’s not for everyone despite the crossover appeal. It is however, completely for THIS guy. I listen to the way that some of these electronics are coming out through the production and assembly…take a track like “Savior,” for example; good LORDY this is an awesome mix-up of sound. It’s like Hunter Dollar has learned how to stretch the very fabric of time itself the way he pulls some of these electro-sounds along…truly fantastic textures to these opening tracks.

“The Renegades,” allows you to dig a little more into the robot-voice that has been guiding us along through the music. Like a Speak N’ Spell on an extra set of batteries – Arkane drops knowledge-bombs, social-commentary and more through this…well, what can I say? Through this absolutely fitting perspective on what vocals could be on an electro-album.   Rather than deck it out with R&B/Pop hooks – Arkane has chosen to go inside a concept here for the Darkness album…the words are a little tough to catch onto at first, which I LOVE; it gives me an instant reason to go back and listen again. The lyrics are excellent…so what if you can’t sing along – get your robot on!

After a storytelling beginning, “Extraction Point,” goes on to basically conquer the entire-world of electro in one massive display of vibrant dramatics here. This track might be a little disjointed in the flow due to the ideas presented in the song, but again, this isn’t an expedition into verse/chorus/verse land. That’s the beauty of electro for people that ‘get it;’ the schmucks that still believe music is made by ‘real’ instruments only (read: guitar, bass, drums) all tend to also believe that much of electro-music is as simple as copy and pasting.

To all of the people that feel that way…let’s put that issue to rest by having you go out and do your own cover of “Extraction Point” or the dubstep-laden complexity of “The Oracle.” No takers? Hell – there’s no one even making noise anymore let alone talking the issue out…perhaps you get the point finally…

Robot-man…you get to sit this one out and grab a can of oil & cool off. In “Wings Of Despair,” there’s a bit of a noticeable switch on the lead vocalist…favouring a detuned vocal sound before this track absolutely engages the album into its tenth gear. “Wings Of Despair,” houses quite a few ideas within this one track…the music works for me all over the place…the vocals, not as much here. I like that Arkane has switched up the sound and definitely given us something new to listen to midway through the album in that department…but yeah…not completely sure about those parts and whether or not they worked for me in full. The music though…is absolutely audio-GOLD; the punch back in from the vocal-verses are so unbelievably good that I’ve already promoted Arkane’s abilities to the stuff of legends in my own mind.

Ok…listen to the opening of “Symphony Of Lost Souls” and tell me you don’t get what I was saying about the whole Nine Inch Nails gateway-crossover thingy…at least before the vocals of guest Lindsay Hunt come into play. I have NO IDEA how this lady managed to get in here.

Hmm. Now that I’ve read that I feel like I should either re-type it in full…or explain that better…

I don’t mean ‘how did Lindsay end-up working with Arkane’…that part is crystal-clear. She’s got a great voice and fits the part perfectly. No, what I mean is HOW did she figure out HOW to do what she does on this song? This one has me listening with the extra 10% of my face; it’s another highly complex arrangement here…Dollar seems to pull those out anytime he can. Complex can often drive away that mainstream…but I can only hope that an artist like this truly appreciates just how much it draws the RIGHT kind of listeners IN. I’ll be banging on the Arkane door for life after listening to Darkness.

The ‘Best-use of a Birdcall or Whistle’ award goes to Arkane as well. I’m not quite sure where you actually GO to pick-up that shiny new award I just named that doesn’t really exist, but I sure as hell stand behind that statement as “A Conspiracy” starts us into the final third of the album. A little bit more accessible here until that massive freak-out of an electro-chorus…I can’t even begin to express the joy my ears go through once those whistles, cuts and low-end pulses amplify themselves…pure-freakin-JOY. I know I can be sarcastic at times…I’m not right now; those sounds can destroy my inner-ear while I sit here smiling the entire time for all I care. I’ll just pick up the ‘Best-last-use of a set of human ears’ award and just mosey on home thank you very much.

Hunter Dollar…take a moment…right here, right now, sit back and be PROUD of yourself dude. “The Light” is every bit of proof anyone needs to know beyond a shadow of a doubt that independent electro is just as completely dynamic as that which you’d find in the mainstream circuit, if not about 100% more-so. “The Light” will have me talking for DAYS…it’s one of the most engaging electro-tracks I’ve ever heard in my entire life, hands down. With the intense energy and wild-cuts it collects all the while, this track is just beyond phenomenal start-to-finish.

“Beyond Black Skies,” brings back the more haunting-style vocals you’ll remember from “Wings Of Despair;” but somehow against this musical backdrop they find themselves in a more fitting setting. Halfway through this mother, Arkane flips an extra electro-switch and adds some incredibly subtle effects and sounds that sure add wonderfully to the overall texture. This song reminds me of a freak-carnival taking place in a church in the 1930’s, not to get too specific on ya…

If you’re looking for something that truly sounds and DOES something NEW…then just go out and GET this new album from Arkane. There has barely been a single second on this album not worth repeating a million times over. As “Eclipse,” flips, switches and rips up the album towards the final track “Chains” you absolutely can’t deny how much of an incredible impact immaculate assembly like this has on the ears. What reason could you possibly have for NOT listening to this over and over? Again, I repeat…if you like NEW…not-promotions-talk-‘new’ but truly NEW…Hunter Dollar has beaten, slayed & killed it for you here on Darkness.

“Chains” reminds me a little of “The Beach At Redpoint” by Boards Of Canada. There was another one earlier on that reminded me of them a little as well….”Savior” I believe. Polar opposites in sound, style and delivery – Arkane wins hands down for presentation and energy every time. This song just absolutely pounds and blasts you right into the final seconds and…and…and…

…and honestly, my jaw is on the ground.

Flat-out & straight-up – I don’t care what genre you love most or what you normally listen to right now. Right now I fully recommend you go out and listen to Darkness by Arkane – one of the most interesting and creatively-dynamic albums I’ve honestly ever heard.