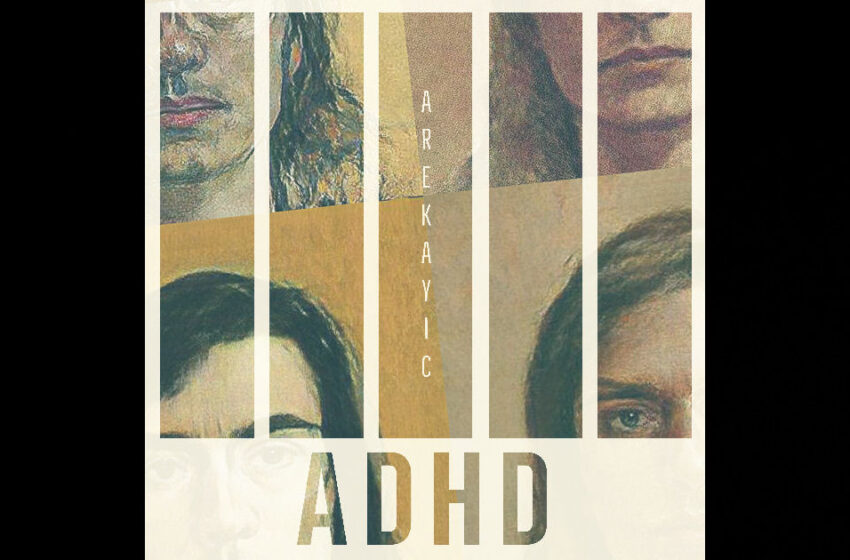 Just the one dude eh?  Impressive!

I’ve been checking out the music of AREKAYIC over the course of last weekend & this week we’re in now, and there’s a whole lot of really rad stuff happening in this solo project centered around the creative catharsis being made by Riley Korbitz.  Like for real…I’m obviously here to talk about a couple of the latest cuts I’ve found & all, but I encountered many a track along the way in checking out the rest of the catalog, from the debut record Two Way Mirror, to singles released along the way, that were just as stellar & enticing to me, if not even more-so in many cases!  A testament to a dude that’s clearly known what he’s wanted to create with his music from day one…these digitally-tinged tunes highlight how Riley is a natural talent with a genuine ability to create vivid hooks in his music that’ll sincerely connect to ya – because this IS real to him…and in turn, as a result, the experience of listening becomes equally real for us.  When he first started out, he was looking for an outlet for his struggles and depression – and as you can tell, it was music that saved him…now he’s able to lead by example & help others through his songs.

Or at the very least, supply ya with a quality tune well worth turning UP…but probably both.  “ADHD” marked AREKAYIC’s return to the scene in 2022 after nearly a couple years away, and I’d imagine the longstanding fans of this solo project were plenty happy to hear Riley’s music back on their playlists, even despite the inherently downtrodden & melancholy vibes that come along with it.  At the core of it all, there’s still a remarkably compelling and even somewhat uplifting thread in the music itself that makes for exceptional contrast…the kind of vibe that’s got a slow-burning & subtle spark to it that keeps ya listening – which is good, because lyrically, “ADHD” proves that AREKAYIC has got plenty to say.  What I really like is the fact that I couldn’t actually tell ya what I felt was a stronger aspect of the song between the verse & the chorus…I think there’s an impressively equal balance in the strengths both these parts have, yet I still felt like the chorus was able to take the whole song up that extra notch you wanna hear where you find a tune’s main hooks revealed.  You get what I mean though, don’t ya?  I’m saying that the verses to “ADHD” have hooks that’ll be just as much of a draw to listen to it as the main ones you’ll hear in the chorus…that’s what ya call a can’t-lose scenario, or a win-win for all of our ears.  I like the ideas threaded into the backing vocals & different layers you’ll find there…I like the rhythmic roll of the chorus hooks…I love the realness of Riley’s lyricism throughout the verses & he’s got a great voice – all-in-all, “ADHD” is built on seriously gripping vibes & ideas that have authentic weight and substance.

I mean…you’ll wanna give the guy a hug and tell him everything’s gonna be okay after you listen – so there’s that – but there’s not a doubt in my mind that people know when to reach for tunes like these.

The latest single, “Still Remain Okay” captures a much darker thread of lyricism & sound overall, but at the same time, really hits hardest through its most resilient line, echoed in the title.  This is the kind of audible statement cut in AREKAYIC’s growing catalog that confirms no matter what he’s been through, no matter what’s he’s gonna go through in the future to come – he’s got this – he’ll “Still Remain Okay” despite whatever comes at him, and the proof of that is right in the fact he’s still here with us all today and rocking brand-new music for ya.  I’ll put it to ya this way…I’m still digging what I hear on this track – I’ve somewhat heard the cold-robotic flow of the verses found in cuts throughout Alternative’s history to a degree…or music of all kinds really…but the more space that Riley gave himself lyrically, the more engaging & unique his vocals became, and you get plenty of that on “Still Remain Okay” as well.  Execution-wise, he’s pretty much bang-on target and I’m not hearing any issues there…the production’s tight, the sound punches hard even though it’s a low-key energy…maybe a syllable more or less here & there, but that’s all neither here nor there…what I’m not hearing is any reason to turn it off or turn it down, and I’d wager a guess that’s what’s really most important to us all as listeners, is it not?  There is a large part of me that wants “Still Remain Okay” to be a part I & part II scenario…and if I was AREKAYIC, I might think of exploring that as an option.  As a short cut of less than 2:30 in length, “Still Remain Okay” establishes a completely compelling sound that’ll keep ya listening for sure…but at the same time, also feels like it’s heading to a real nuclear moment or musical detonation of some kind to follow.  It’s still a single that can absolutely stand on its own solidly enough…but it still feels like there’s somehow more to this story too…perhaps that’s hard to explain without hearing it for yourself…so click that embed up top & check it out, see what you think.  What I really liked is how it reveals the versatility in the sound of AREKAYIC and how consistent the level of depth is within the material…this dude is definitely on the right path; I’d be more than willing to bet that these next five years ahead are about to be Riley’s most productive ever.