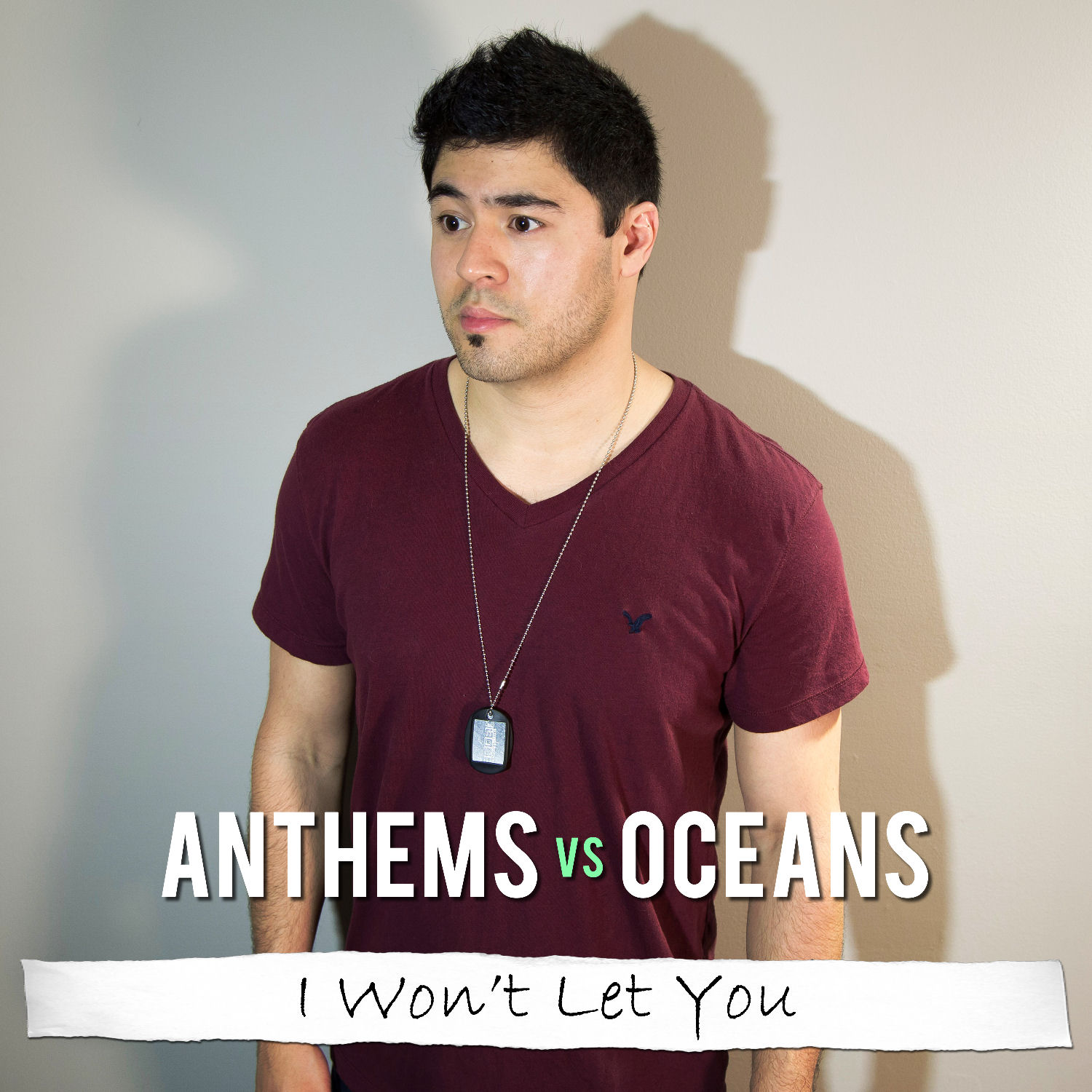 Anthems Vs. Oceans – “I Won’t Let You” – Single Review

No denying that the mind of the musician behind the music of Anthems Vs. Oceans graduated from the same school of emotional-thought/music inspired by Dashboard Confessional that still rings true through the influence on many a band, artist & project to come them.  There’s a lot in common with Chris Carrabba’s heart-wrenching melancholy here in the style & sound of Dave Hunter of Anthems Vs. Oceans…but equally in common with the Dashboard-sound, he also shares the uplifting & inspirational tones of hope.

All is not lost yet on “I Won’t Let You” – it’s the kind of song with pleading emotion that echoes the sincerity of the lyrics…and again, there’s hope here.  As rough as things sound like they might get in the swirl of feelings, thoughts and emotions expressed in the lyrics…the core of the sentiment is still a hopeful one that is alive with possibility.

It’s strange…as a reviewer, I’ve run into a few bands and artists out there that were certainly inspired along the way by Dashboard Confessional…that part’s not new to me – but what always amazes me is how often I find I like what Carrabba has inspired in others more than what he made himself.  I was never a fan of Dashboard…maybe with the exception of a very few songs…but the artists and music that have followed that path have really embraced the heavy emotional-depths that the music of DC explored…and I think that’s a band that really deserves a lot of credit for inspiring a lot of great bands and musicians that are making music right now.  Anthems Vs. Oceans is a great example of the future of that sound and how its shifting-moods and emotional-tension still exists strongly, if not even stronger than it has before, today.

What I really liked about “I Won’t Let You” was its entire process of building.  To be honest, at first…I thought the combination of guitar, piano and vocals was going to be what we got altogether, because the build is truly a gradual one.  As the low-end cello or synth-sounds begin to fill in the background, the song gets bigger and bigger…and you can feel that emotional-tension about to snap and shatter open into that massive release we’re looking for.  Dave Hunter far from disappoints – he nails the ending of this song’s final-minute extraordinarily well.  The drums come bursting through, the production packs a real punch & crispness into the sound and the end of “I Won’t Let You” soars fantastically throughout a set of truly inspired tones at the song’s end.

I could hear the argument that there’s a slight Blink 182 influence here…but I’d challenge your ears to have a closer listen.  That’s definitely the Dashboard Confessional influence kicking in as Hunter’s vocals find that thrashing emotional-tone & perfect strain on the lyrics that reflect their moody heaviness.  At the end…Hunter sounds focused but still honest, raw and real as the music comes up around him in full-support.  He’s written a solid tune here…and it’s all in a style that I think a lot of people still really love and truly respect.  It’s tough to stand out from the rest in this particular genre…that’s just something that really comes along with this particularly recognizable and defined style & sound…but I think Anthems Vs. Oceans has put out a memorable melody here that people will dig.  I also think as good as Hunter is right now that this is the kind of artist that has a real potential to just get better and better over time…so while this is a fantastic start, I’d still be willing to bet that this guy goes on to stand-out from the rest in his genre even further down the road.  “I Won’t Let You” is a solid tune…but I betcha the best is still yet to come from this project and I’m stoked to hear where Dave Hunter might take the music and sound of Anthems Vs. Oceans next.  There’s a lot of substance and emotional texture to his writing…if he clutches firmly onto those instincts as his compass guiding him along his music career – he’ll come out sparkling, every time.

Find out more from the official page at:  http://www.anthemsvsoceans.com