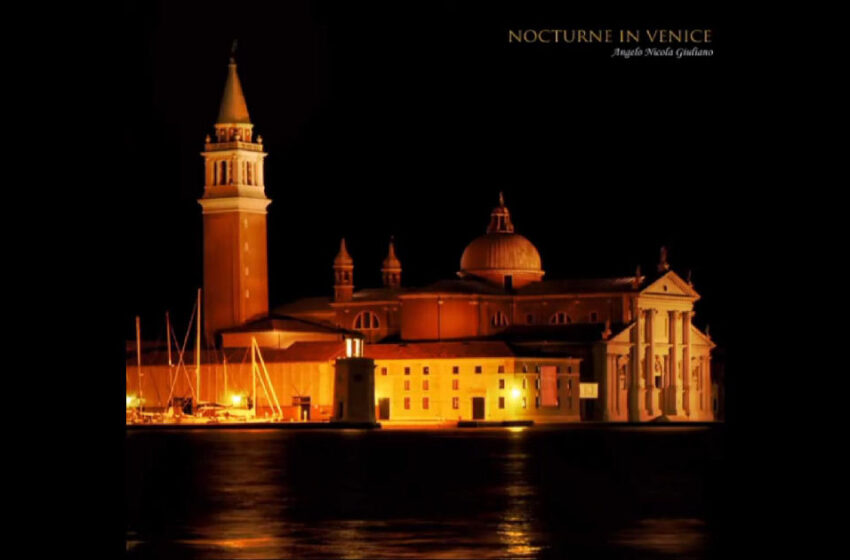 A little hello…a buon giorno perhaps…any of these things go a long way when sending your music out around the globe my friends…the last thing anyone in the artistic realm wants to feel like is a robot…just sayin.’  Completely unrelated to anything here, I assure you…*cough *cough.  Oh – and HI ANGELO!

Chances are a few of our regular readers here are familiar with Angelo Nicola Giuliano’s music by now – we’ve been listening for a little under a year still, but I’ve had the pleasure and privilege of listening to all kinds of his tunes like “On The Hill,” “A Peaceful Day,” “Angel’s Prayer” and a modest handful of others so far…his instrumental songs have always been a genuine joy to listen to in many ways.  He’s a man of few words, as indicated in the intro here today…but he’s capable of speaking volumes through the way he plays piano.  At the end of the day, as much as niceties can be to exchange, chances are, fundamentally we’re on the exact same level & feel the same about it all – the music is all that matters.

If you have read my reviews on Angelo’s singles in the past, you know that I’ve always had good things to say about the melodies this artist creates.  At the start, there were a few more technical issues that existed in either the technique or within the recording process – and ever since, we’ve been listening to Angelo refine his craft to absolutely impeccable and sparkling results, just like you’ll hear on “Freedom.”  As far as I’m concerned, in terms of balance in between ideas, melody, and execution…I don’t think I’ve heard a better or more complete song in his catalog so far – which is really saying something, considering that he’s always put out music well worth anyone’s time to listen to.  “Freedom” is such an extraordinarily thought-provoking and sincerely evocative tune…very intense for how mellow it appears, or at least, in my opinion.  For what people would generally associate with the sound of “Freedom” – I almost feel like Angelo chose to go in the directly opposite direction in terms of the emotion on display throughout this single…it’s much more serious than the typically fun connotations that come along with the word’s definition…it’s like he’s asking us to consider the weight of what our “Freedom” really means.  Personally, I love it – I’ll readily admit I’ve been completely in the right mood for a song like this that has such tangibly evocative sound…but even if that wasn’t the case, I’d still be marveling at the magnificent musicianship of maestro Giuliano and the spellbindingly melody he’s captured & preserved so perfectly within this new recording.  Listening to the piano blossom around the 1:10 mark…or how the melody in the music descends only ten-seconds later…the rise & fall of the dynamics and structure of this song are pretty much second to none, and reveal what a masterful grip Angelo has on writing songs that connect.  His technique and the smooth fluidity of his fingers on the piano keys are outstanding in every way as he plays “Freedom” – he’s created a moment in time that every person listening will genuinely feel, 100% – there’s not a doubt in my mind that this song should be revered as much as the very best in his catalog.

It’d be tough to crack the bat twice as hard as Angelo hit “Freedom” so bang-on, but I’d argue he gets pretty close with his latest single called “Nocturne In Venice.”  Freshly released onto the internet and merely hours old for the public out there…lest we forget, I’m livin’ that oh-so-lucky life of being a music critic and I get to take a peek & an early listen into quite a few tunes I end up reviewing in advance, this being one of’em.  I’ve had “Nocturne In Venice” in rotation for a couple days now…and I like it…on a compositional-level, it’s actually quite an ambitious tune in terms of Angelo’s melody and songwriting.  I like the idea of how he’s using space & pacing within the structure of this single…I don’t know if I’m as confident about how it translates to the listening ears out there, I’ll be honest about that.  “Nocturne In Venice” has a few moments where that slight second’s worth of pause in Angelo’s playing could be interpreted as a strange hesitation or confusion of sorts, as it kind of shows up in unpredictable points throughout this song, making it seem almost like it’s not intentional to a degree.  I think the fact that you do hear Giuliano using this aspect of the structural dynamics in multiple parts of this song suggests that the pausing/spacing definitely IS intentional, but I think there’s still room for a bit of smoothness to be found that doesn’t quite exist yet, that would perhaps make it feel a bit less jagged as it plays.  Really just depends on what Angelo was going for & what he wanted to get out of this performance…how he wanted it to sound, is going to always be more known to him as the writer than it would be to any of us.  For the vast majority, “Nocturne In Venice” delivers a really elegant-yet-curious vibe…the kind of sound that pulls you in out of sheer wonder…the core of its melody is genuinely beautiful, without question.  I admire the creativity & thought he puts into his music…”Nocturne In Venice” reveals a whole lot of both – for one man & a piano, Angelo Nicola Giuliano always finds something new to add to his skillset & show continual evolution through his work & dedicated efforts as an artist.  Always a pleasure to listen to – Angelo’s a wonderful talent thriving in the international instrumental music scene for good reason.

Find out more about Angelo Nicola Giuliano at Instagram:  https://www.instagram.com/angelonicolagiuliano