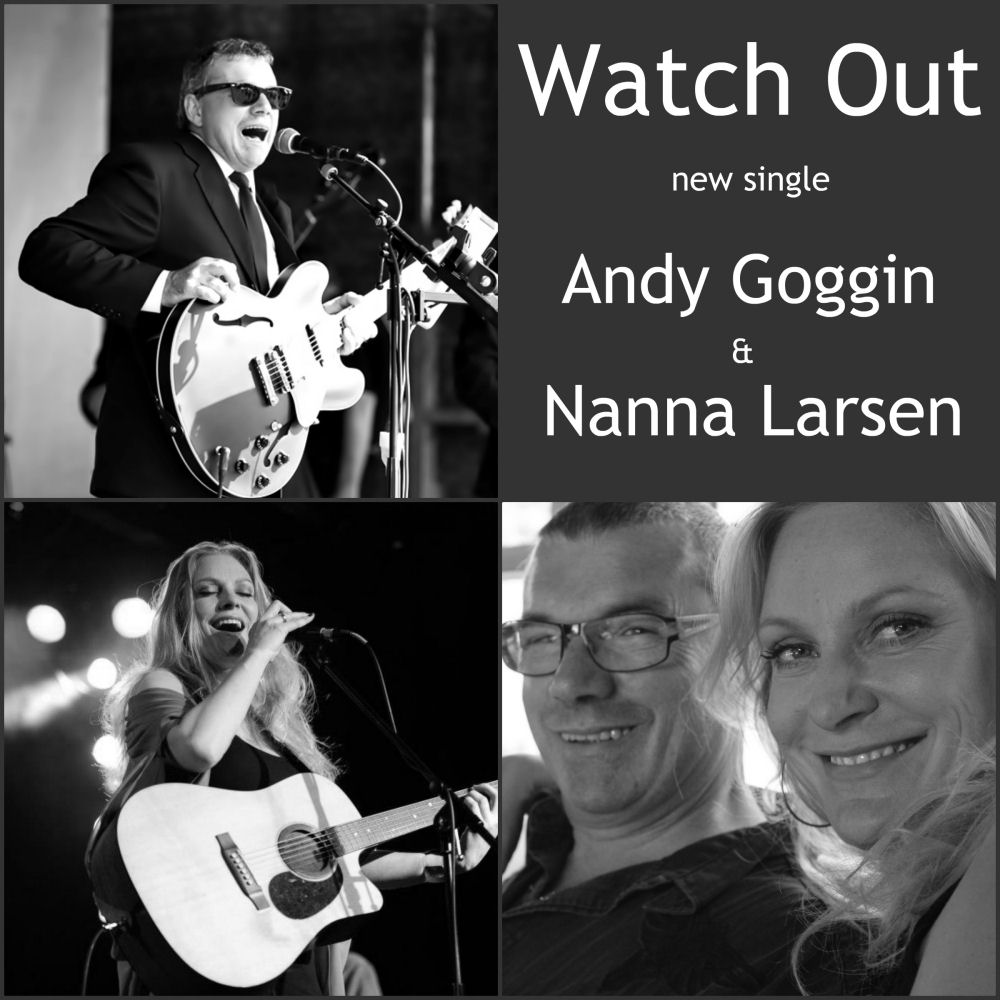 Wouldn’t you know it…just as soon as I declared we’re officially back, up and running and officially rooted into our new studio setup in Ottawa that the main computer decided to chuck its operating system overnight for the universe to leave me scrambling once again to complete these reviews! Thankfully…the new setup here has become even more functional than the last from our BC location and the backup computer is…well…well it’s massively outdated – but it works!

And that gives me the opportunity to spout out one more opinion at least…somewhat on-time and still within the realm of the last posting. Let’s see if we can keep this string rolling…

Tonight we’re discussing the happy-go-lucky sound of the combined talents of Andy Goggin & Nanna Larsen on their new single “Watch Out.” Pretty impossible to ignore the upbeat vibe and invitational nature of the overall sound – even the intro itself has Nanna inviting Andy to join her, and the two quickly get to jammin’ right after. The sound is light, acoustic-based rock…no harder edge than The Carpenters really…but you could also cite the melody of Andy & Nanna’s combined efforts to also mirror The Carpenters; there’s a classic-style and feel to the writing that sounds more like a tribute than it does to sound like any kind of direct copy. These two are doing what they do, and doing it all extremely well here on “Watch Out” – this is catchy…impossible to deny that.

Both demonstrate a real easy-going atmosphere in their vocals; apart they shine individually, combined their talents take them to extraordinary heights with a solid, harmonic blend of audible-bliss. Pure pop confection when it comes right down to it…that subtle bass-line and smartly placed electric-guitars can’t disguise what truly would be defined as a pop-style melody through and through; there’s absolutely nothing wrong with that. You could argue that it might not necessarily bring anything new to the table…you could argue that the Monkees or the Beach Boys would have been proud to have written this song…you could argue all these things and possibly win – but why not just sit back, relax and have a good time with Andy and Nanna instead? Or get up and dance, if that’s your thing.

From everything I’ve read and researched…”Watch Out” has already found its way into national airplay in Denmark and onto television screens in the US through a new premiere series – so it’s clear that Andy and Nanna don’t need a thumbs-up from me to brighten their day when things are already going extremely well for them and their new song. That being said…I’d give’m one for sure – I’ve always been a sucker for melody and the classic sound of the freedom of music is incorporated so well and so effortlessly into “Watch Out” that you know this is music they truly feel inside. Lucky for those of us out there looking to add another feel-good song to our playlists – they chose to share it with us all.

Find more from Andy And Nanna at Soundcloud:  https://soundcloud.com/andygoggin