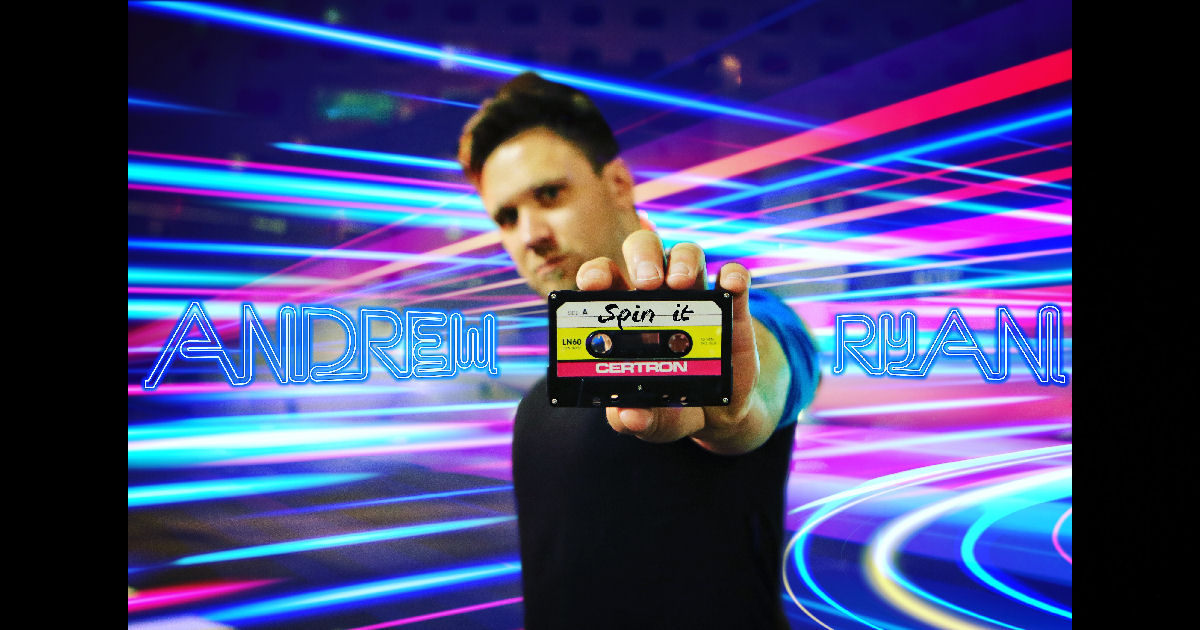 With chaos and woes saturating the airwaves, internet and television, on a daily basis, it’s easy to get discouraged with the current climate.  Enter Andrew Ryan’s latest single, “Spin It.”  A track that somehow manages to transport your mind to a simpler time and leave you tapping your feet to the beat regardless of where you are.

Void of any political message, and lacking in ever popular lamenting lyrics, “Spin It” focuses on a singular moment in time, on wanting to get lost in the pulsing rhythm of a crowd, and hoping that the fuel filled night never ends.  At its core, “Spin It” is a heavily synthesized dance track, but its overlying pop elements carry the song beyond a simple club mix and into the realm of mainstream.

Another interesting aspect of the song, is the fact that such a track comes from Ryan himself, an artist who is largely known for melding pop and jazz into his original works.  Of course Ryan hinted at reinvention in late 2018 when he released his first single in nearly four years.  He followed that up with another single in the spring of this year, and those two releases paired with “Spin It,” prove that Ryan was telling the truth.

Although he hasn’t abandoned his established style entirely, it’s clear Ryan understands how to change with the times.  What’s also clear is that he knows how to deliver exactly what society needs in this moment.  A tightly produced track mixed to perfection.  A track that presents simple yet punching lyrics.  A track that resonates with audiences across the spectrum.  A track that demands you “Spin It” over, and over again.

Find out more about Andrew Ryan at his official page at Facebook here: