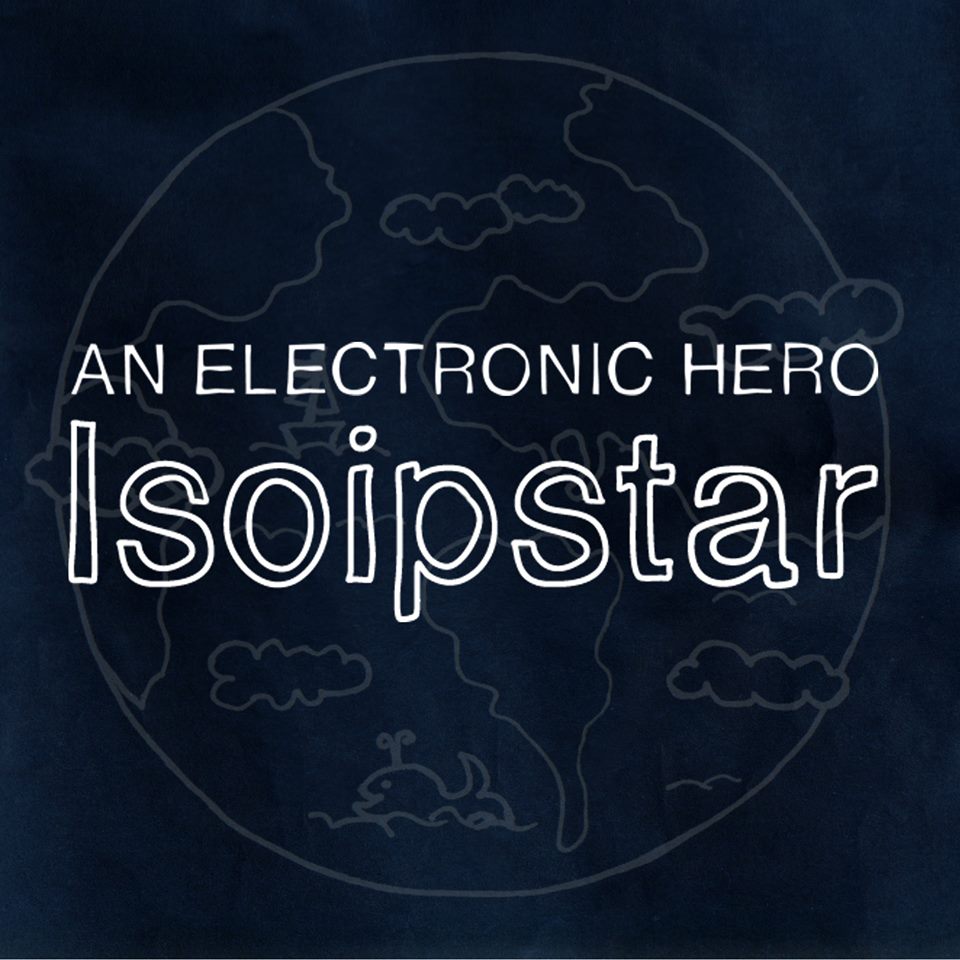 I really dig the amount of emotion that An Electronic Hero has put into the electro music that stems from the mind of Federico Foria and brought to vibrant life with performances from guest stars with talents for vocals that range in a whole bunch of styles. Federico has done a fantastic job of setting the music up to begin with – you’ll love the electronic mix & sound he’s created – but you’ll also love the smart instincts he’s put forth in terms of ‘which voice goes where’ and how he’s paired them with the right songs on the Isoipstar EP.

Dying Seed and Mariax lend their assistance to the opening track “Earth 1989,” which actually made for an extraordinary beginning. Having never actually shaken hands or spoken directly to the lead vocalist Dying Seed – you’d be surprised at how often my work tends to intersect somewhere along the line with what he’s doing…whether it’s reviews or videos – this guy is a musical mercenary; the hired gun you take on when you want the job done right. I’ll also admit…most of that experience with his guest-appearances have been in the somewhat rock-realm of the musical-spectrum…and I wasn’t sure about HOW he’d fit when I first saw his name pop-up as opposed to hearing it. Once “Earth 1989” began to start our sonic adventure…I don’t think he could be any more perfect for this tune; that’s always been a strength of Dying Seed…adaptation. Great ideas on the actual effects used throughout the vocals as well…but credit also goes to the flow itself and how these words fits and snap around this beat so crisply. For only just-over three-minutes in length – “Earth 1989” covers a startling amount of terrain and territory and completely builds upon itself brilliantly; the addition of Mariax was another brilliant move and those backup vocals towards the end of this tune really made it memorable for me.

Much credit also to the overall production and the clarity of sound & ideas on this EP; An Electronic Hero has seriously given us a serious set of tunes to really be absorbed in-full and taken right into the ears. I love the combination of the vocal-layers on “Fireworks” which features both Mariax and Dying Seed from the first track – but also has the key addition to the tone & sound in this second tune, which is Que Da Wiz. It all flows fluidly…so smoothly…with emotion and intensity throughout the subtle electro-beat; again, you gotta give major credit to An Electronic Hero for making all this as subtle as it is through the music and finding these bold contrasts in the stunning vocals from his three starring-guests. An Electronic Hero started off solidly…but there’s no doubt about it – “Fireworks” is pure genius throughout its first two-minutes straight. If anything…I’m not sure that final switch into a new groove was something I was looking for on this particular song itself…maybe more of an interlude in between “Fireworks” and “After Universe” rather a direct inclusion onto “Fireworks” would have been the solution there…it definitely fits the EP, I’d just want it separate from the other main idea in the writing that drives its second song.

Bringing in Eric Hollaway to switch-out Dying Seed for another twist in the versatile variety & sound of this EP right at the end on “After Universe,” previous collaborators Que Da Wiz and the gifted Mariax remain to lend their talents once again. The rhythm and beat contain that signature mix of complex-subtlety in the electro…seriously excellent ideas executed flawlessly here from the low-end vocals spoken word creeping overtop, to its instrumental sections…and especially some of the great sampling & the way the final vocals haunt the last minutes of the music. One final line sums up the entire experience quickly, and the EP is completely over in what feels honestly about as quickly as it began.

So you know what that means…you’ve got yourself an EP here through An Electronic Hero that makes for a highly repeatable experience – great stuff here that shows the real passion and stunning genius that the right collaborations can lead to in music.

Find out more from the official Facebook page for An Electronic Hero: https://www.facebook.com/anelectronichero