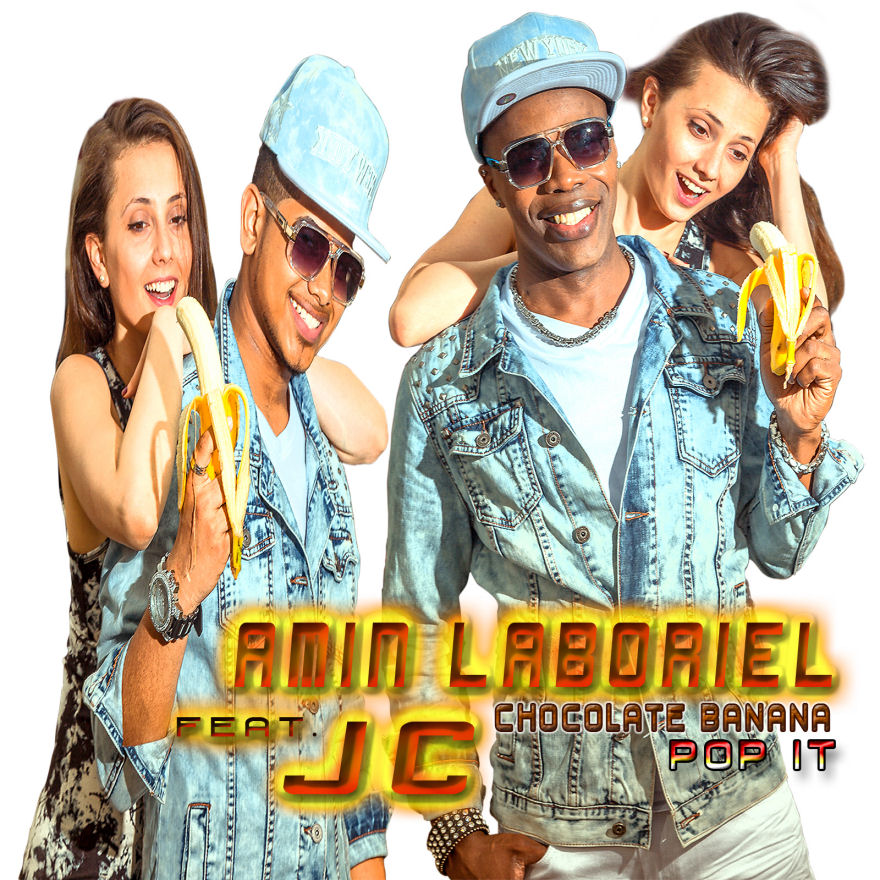 Welcome to a dirty little ditty from Amin Laboriel…the sexualized “Chocolate Banana Pop It” single featuring JC. A song that certainly puts out a large summer vibe and party atmosphere, it’s also clever in the way that it uses its main hook to reflect the contours of the words themselves…inducing almost too much imagery in a real case of TMI through song!

When “Chocolate Banana Pop It” started out, I thought I might be in for an updated version of the sound that the Vengaboys started with the whole “Macarena” craze way back when. The beginning of this single reflects the way this song would potentially build up the night to come as it chants at the listener with energy and commitment in the performance.

It all breaks way quickly for a low-end beat and somewhat R&B set of vocals from Amin that are basically revolving around getting head on that “Chocoloate Banana” until…well, until what the other half of the title implies…”Pop It.” You get the idea. I mean, why not write a song about a dick in the metaphor of a banana? It beats another song about chicks & cars if you ask me…and obviously Amin has combined two of his favourite pastimes of getting head and making music successfully – sounds like he’s got a plan and he’s, uhhh,…sticking to it.

Although I might not ‘want it’ or ‘need it’ as much as the song implies some of us might…I also can’t deny that Amin Laboriel shoves this “Chocolate Banana” in ya hard! Largely relying on the natural rhythm and inclination of the words themselves through the hook, it becomes all too familiar and stuck in your brain quite quickly.

And presumably…with the confidence displayed on this single, you’ve gotta assume that discovering the “Chocolate Banana” through audio or the real thing through a wild Friday night at the club…that it’s an experience you’re not likely to forget anytime soon. Designed to get the people moving on the dance-floor and shaking rumps in a twerk-fest of club-music mayhem – Amin Laboriel has certainly found a beat, rhythm and idea worthy of finding its way to the DJ decks in clubs across the world. With a performance that’s smooth, energetic and completely confident and music that pulses with all the right moves – any DJ that might get a hold of this “Chocolate Banana” would barely have to rub it on their turntable for the song to “Pop It” in the club and get the people jumping.

More than likely, the song might just put those people in the mood to do a whole lotta somethin’ else as well…just sayin…