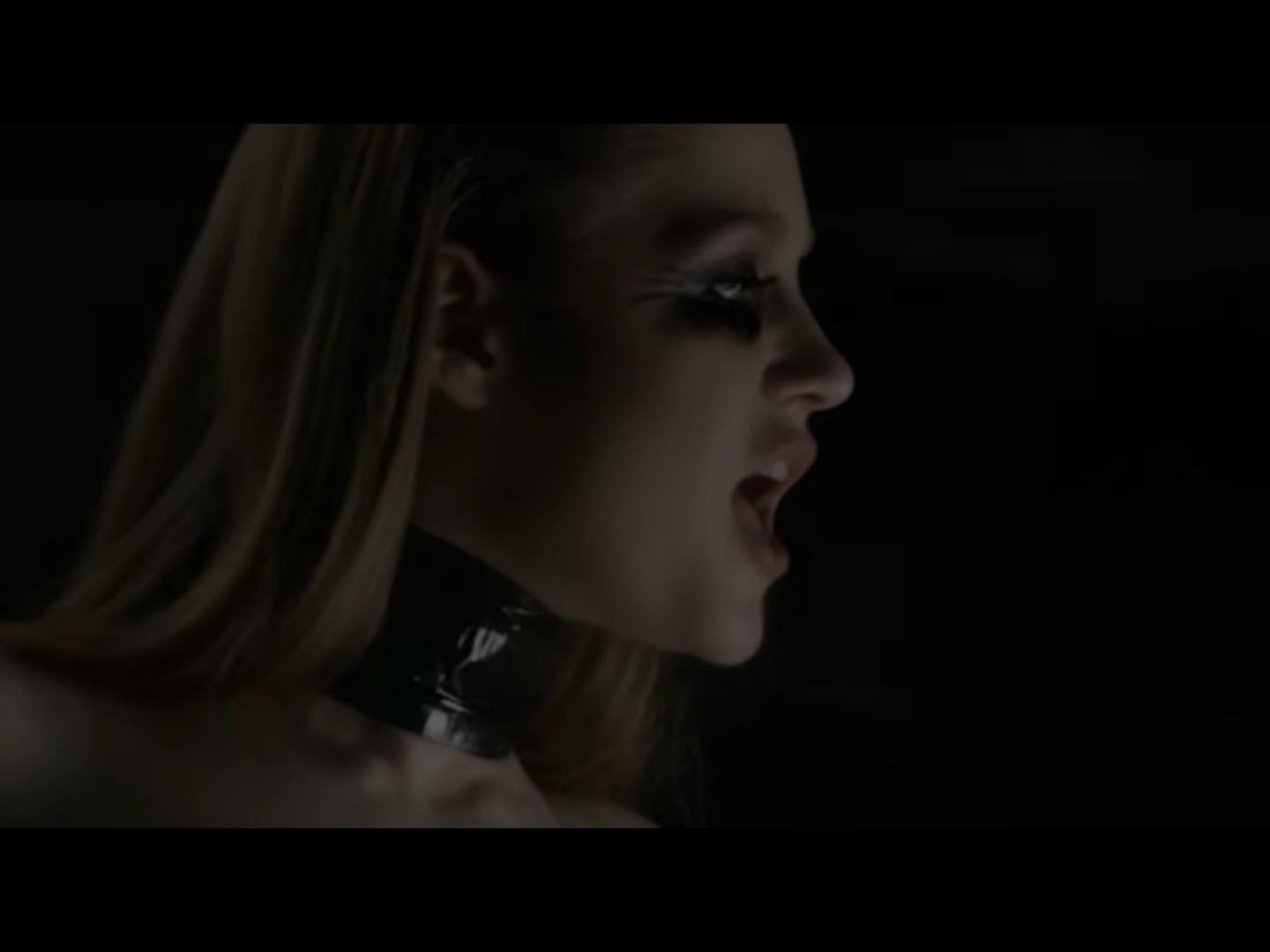 Ever since hearing åMBe’s EP, Enemy Of The People, in the final-third of 2016, I was hooked.  The music was exceptional…fantastic…visionary and artistic – it instantly resonated with me and so strongly in fact, that åMBe went on to score one of the coveted top-ten spots at the end of the year when the official list came out.  My list of amazing reasons as to why åMBe (aka Maria Brodskaya) ended up on that list could go on & on…but to put it simply would be to put it best; it was clear to me that she was making much more than surface-level music…she was creating real art that would last – and on a debut EP no less!  The potential for the future…was staggering to me – I think åMBe stands a serious chance of creating a following that will never, ever leave her once they’ve found her.

And so here I am…once again doing my part in making sure that this artist doesn’t go unnoticed and that I’ve done the best I can to yell and scream from my internet soapbox about the incredible music she makes!  I managed to eventually catch up with Maria in messages after the yearly top-ten was finished…sometime in January I believe.  She let me know about the holidays and taking time away from social-media to concentrate on recording, writing and also directing a new video in support of her latest record – åMBe has one of the most lively and vibrant personalities you’ll ever have the privilege to talk to and finding out more about Maria only led me to believe that all my assumptions were correct about her all along – she IS a true artist in every sense of the word.

The video for her song “Of Your Crimes” from her Enemy Of The People EP below will prove it to you once again.  The music carries her signature tones and sleek & sultry vocals – but here with this particular video, Maria also had the chance to really express herself artistically in a visual-sense as well by directing “Of Your Crimes,” having a hand in its entire production and of course starring in the video herself.  Take THAT mainstream!  Independent artists have so much more blissful freedom when it comes to creative-control of their careers and it was awesome to see what Maria came up with to go with the music of “Of Your Crimes.”  As a massive-fan of trippy-visuals and effects – I can personally vouch for the ocular-entertainment in this video…she’s done a wicked job on everything you see from the colors themselves to the way the scenes move throughout – and of course, you also get the beautiful main-star of åMBe to lead you through it all.

She’s had me believing in her and her music since the moment I first heard it and I’m every bit as enthusiastic and stoked on it today.  Loved the way the new video came out and think it suits the song perfectly.  There are certain artists you can definitely expect me to revisit and rant & rave about over time…and as long as åMBe is making music, I’m sure she’ll be one of them.  A unique & extraordinary voice that’s laced with grace, beauty and a hint of mischief – Maria’s got the focus and vision required to make åMBe truly last.  Sticking with her own natural instincts and direction will always lead her towards the success she’s looking for.  Artists like åMBe are thought-provoking, courageous and brave in the music they create…and believe me…the more they realize they’re not crazy at all but in fact leading the way to that next-level or stage in music we’d yet to know even existed – and the more momentum they gain, the more creative they become.  So recognize people…because I’m telling ya…she’s just getting started and she’s going to be kicking ALL the ass over the years to come…remember you heard it here first!

On a related side-note, I’d also like to personally wish Maria a happy birthday today!  It’s been great getting to know her in random messages since last year and I like to think she’s one of those artists out there I’ve truly been able to call a friend.  She’s sincere, funny and has an absolutely charming personality in her music and in real life – I truly think the world of her and she’s definitely a hero in my universe.  Best wishes for the happiest of birthdays to a true artist that has made my world a verifiable better place through the music she makes – thank-you for everything åMBe!

Find out more about about åMBe through the official homepage here:  http://www.ambemusic.com/