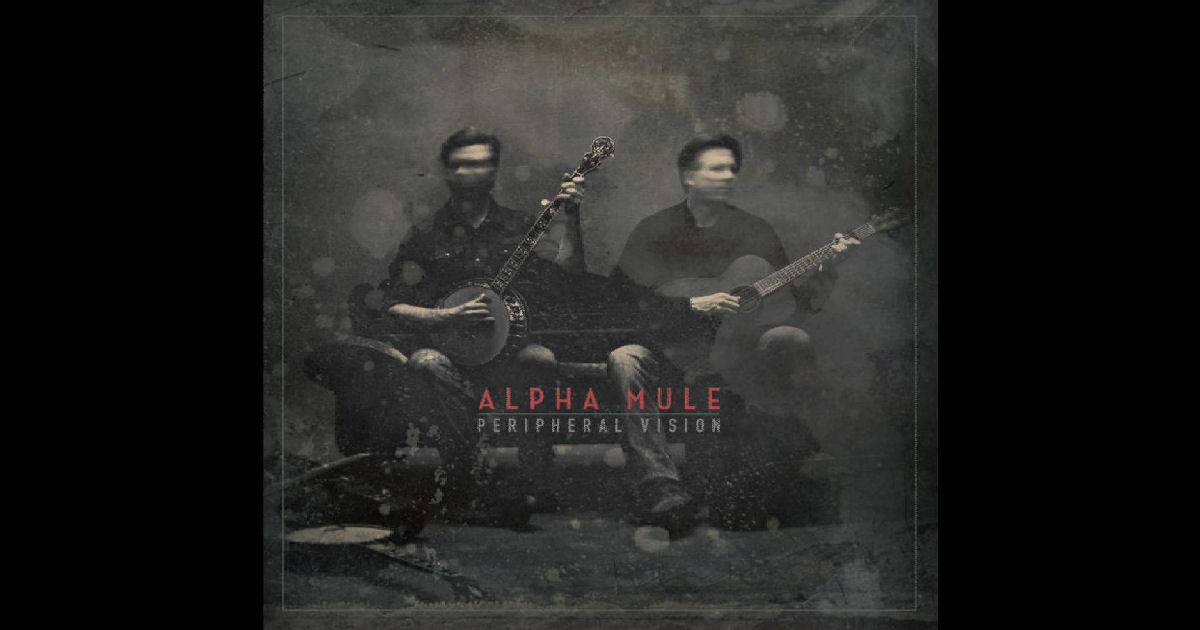 Here’s some of that good-good storytellin’ folk-style stuff for ya.

A duo consisting of the talents of Joe Forkan and Eric Stoner – I give these guys all the credit in the world already for showing the restraint in coming up with a badass name like Alpha Mule when they could have so easily gone with The Forkan Stoners, which you gotta admit, sounds pretty damn cool too.

Anyhow.  Alpha Mule sets you right onto the musical-equivalent of Oregon Trail with their new single “Corpus Christi” – this cut is completely about atmosphere and pulling you in through a mixture of enticing lyricism and music that perfectly matches & complements the storylines outlined in the song.  It sounds a lot like something you might find in the music of Calexico…that similar approach to a bold Americana-Folk with truly interesting textures to what we hear upfront in the mix and haunting elements in the background that you don’t want to miss.  Alpha Mule displays that real songwriter’s knack for creating a compelling structure to support the story in the lyrics…because it isn’t always just about what we say, it’s about HOW we say it…and the way this duo goes about punctuating their words through the flow of the music shows that care and precision have been put in just as much as passion.

I can get behind this though…I’m not usually all about the folk/bluegrass sound, but when it’s done right like this I am.  It’s their ability to create an atmosphere in the music that’s so fitting for their lyrics…that’s what’s making this entire song come together so well.  Attention to detail, like the train-whistle in the distance as the song begins and the winding tale in the vocals begins with a whispered-sound that grows & swells with the energy of the music.  Smartly-placed backing vocals that don’t come in too much or cloud the atmosphere, always seeming to show up at just the right time.  The guitars & banjo sounds are all enticing & highly-skilled…and whatever it is, maybe pedal-steel floating through the background in the atmosphere, whatever that is…it’s tying the entire song together perfectly.

The breakdown offers more clarity and another chance for Alpha Mule to pivot the energy and create a memorable finale at the end of “Corpus Christi” as the intensity & thickness in the atmosphere continues to envelop and surround Alpha Mule towards the end of this tune.  The imagery in the lyricism is top-notch stuff overall…again, combined with how insightfully well it’s paired with the music they’ve got here…it’s definitely a track that I’d remember, and that’s gotta be a good indication for Alpha Mule.

The gritty way that this song moves throughout its length with slow-burning emotions hanging in the air is also what might potentially work against it…you’re listening to a REAL sound here, and thereby all the glamour and glitz you traditionally find in a single and its hooks are not clouding up their vision, ambitions or intentions for their style.  In a way, that may make Alpha Mule seem less accessible to some – but the facts speak for themselves, the people’s love of folk-music runs deep in all its forms and sub-genres…and its genuine storytelling in music like this that create truly lasting moments & material.  I think this particular track might have the odds stacked against pulling in the masses, simply based on the tempo & pace of this single, but I also think that those that do discover Alpha Mule and dig this sound are going to feel like they’ve struck a whole new vein of audio-gold for their speakers to sift through.

“Corpus Christi” comes from their album Peripheral Vision – find out more about Alpha Mule and their latest record at their official website:  http://www.alphamulemusic.com/