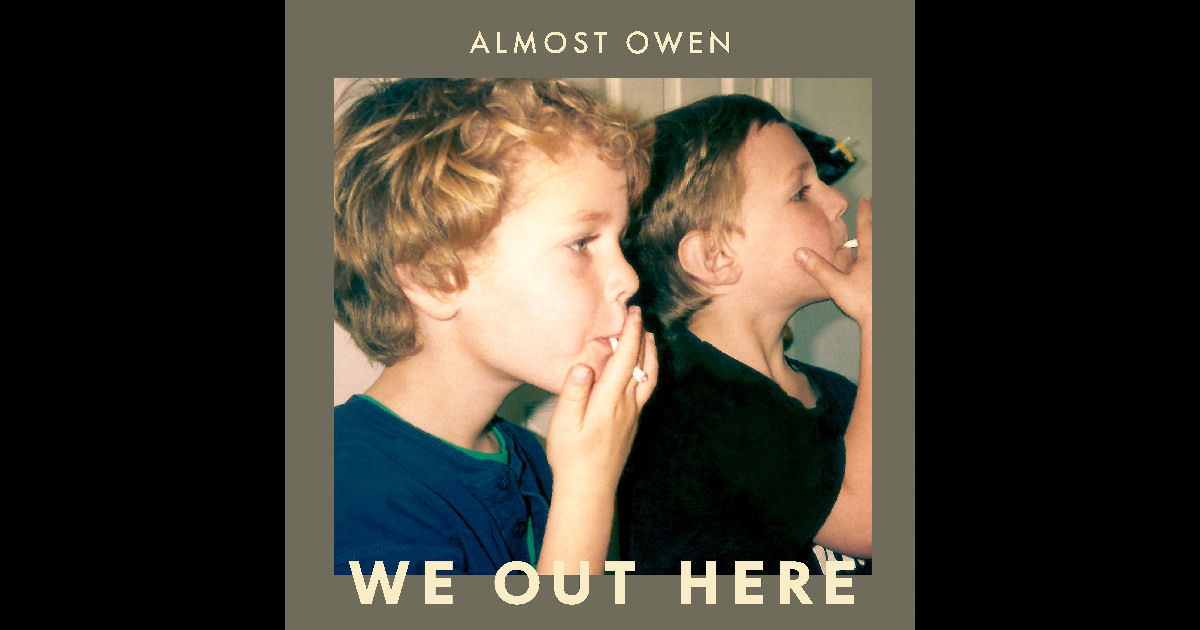 Summer just got a whole hell of a lot hotter!

Almost Owen has got himself a single that’s bound to scorch up the playlists & charts out there this season – “We Out Here” is two-minutes & six-seconds of pure fun for the sun y’all.  I’ve actually been checking out a couple tracks from this guy that have been released this year…I gotta say, I’m massively impressed with absolutely everything I’ve heard…dude’s got a fantastic track from earlier this year called “Something In You” that you can’t be caught sleepin’ on either…Almost Owen’s got an amazing voice.

Between even those two cuts alone you can hear the diversity, versatility, and range this cat has as a performer, entertainer, singer & songwriter…”Something In You” goes for a melodic beauty – and this new single “We Out Here” has him in straight-up party-mode bringin’ the good-times straight to the people.  To be completely clear…I honestly couldn’t tell ya which I liked better, both singles I’m talking about show completely different aspects & dimensions of Almost Owen’s sound & style – but what I can tell ya, quite easily, readily, and willingly – is that there’s no question this guy has everything it takes.  Whether it’s the more soulful sounds of a song like “Something In You” or the wild charisma he brings to a song  like “We Out Here” – it’s more than clear that Almost Owen ain’t playin’ around no matter how loose or fun the vibe may appear to be…this is an artist that has his head in the game, with the talent & personality required to reach the people and truly succeed out there in the land of all-things-music.

He might be broke, but have no fear, Almost Owen is still DTF and looking to celebrate – the sheer fact that he’s clearly having as much fun with life & love and that we can HEAR that in “We Out Here” puts a single like this right over the edge, past another great vibe, and into a track you really wanna get in on.  I’d party with this guy, no doubt – I bet you’ll wanna too!  Almost Owen sounds like fun follows him wherever he goes on “We Out Here,” and if this cut is any indication, the good times never seem to end.  And ultimately…a track like this is designed to communicate that atmosphere of unity; these might be Almost Owen’s stories and experiences we’re ridin’ with through this single, but it’s the feeling you get from the warm & inviting sound of a song like this that brings the people together to raise a glass or two.  Basically what I’m tellin’ ya is that your summer beach party is probably lackin’ big-time if this ain’t part of your soundtrack – “We Out Here” is fully loaded with the entertainment that turns a Friday night into a Saturday morning real quick, you feel me?  This is that song you want on as the sun’s coming up and you realize you should have gone to bed (yesterday, at this point) but that you’re ready to do it all over again…”We Out Here” is like your second-wind in audible form.  You put this track on…you let that good-good energy & those shiny hooks work their magic on ya…and you try to stretch Saturday into Sunday.

Certainly no complaints from me and a green-light to this talented artist as far as my ears are concerned.  “We Out Here” is much better than your average party-cut…there’s a level of sincerity that still breaks through and connects strongly…which again, kudos to the main star of the show, because it’s completely due to the strength of the performance that Almost Owen puts in that makes every second of this short summer cut as enticing to listen to as it truly is.  Smooth hooks, inviting sound from the lefts to the rights, and an overall atmosphere that absolutely has you wanting to join in on the fun being had – Almost Owen scores a solid win with “We Out Here” – I really dig everything I’ve heard from him, 100%.

Find out more about Almost Owen at the official links below!