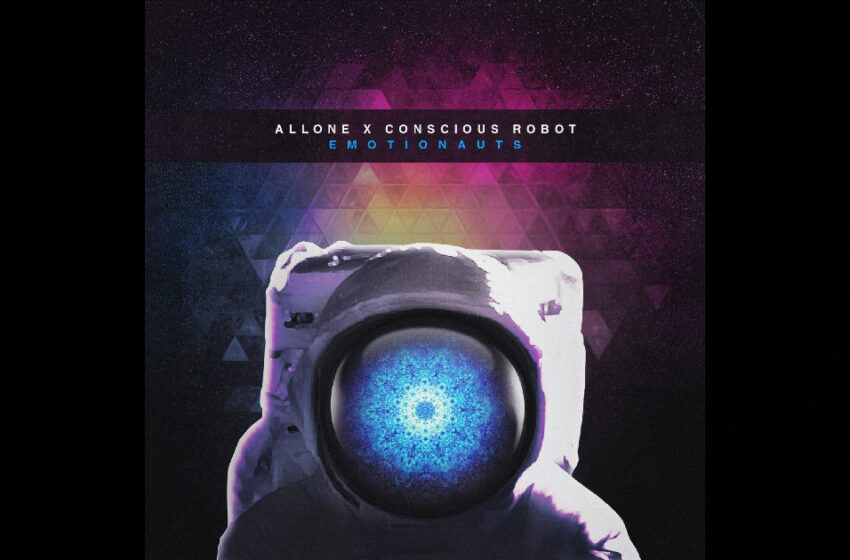 How could I not be?  If I’m out here trying to pass myself off as some kind of wordsmith in these reviews I write…I mean…I gotta bow down & salute the kind of lyrical effort you hear in this single “Don’t We?” and the sheer magnificence of AllOne on the m-i-c, rappin’ it up with his stream of consciousness style.  For real…this dude writes words that would only put mine to shame if I attempted to keep up.  On the very bright side of that scenario, I’m reasonably sure that’s the case for each and every one of us – AllOne’s got an undeniable gift with the pen, he’s a master of precision, and able to express his thoughts in a wild variety of ways.  It’s conscious Hip-Hop at the end of the day, if you feel so inclined to try & box this crew of talent in…but you’ll notice that AllOne is more than capable of flipping the script and flexing a ton of different gears along the way.  Y’all know those emcees out there that bust out a static flow that never deviates or changes right?  Yeah – that ain’t AllOne…not even close – this man right here keeps his rhymes moving fluidly with this cut, possesses the fearlessness required to go after some truly ambitious moments along the way, delivering with the confident professionalism & passion that you wanna hear.

It’d be hard…if not outright impossible…for me, or anyone for that matter, to somehow complain about the performance that AllOne puts into his bars on “Don’t We?” – this is the sound of a man at the top of his game without question.  Like…this cat just GETS IT, you feel me?  Not only does he have a ridiculously flawless flow that puts the right energy, spark, and punch into every syllable he spits and brings weight to his words, pound for pound, beat for beat – but he genuinely uses interesting words that’ll catch your attention every bit as much as the verbal variety of skills AllOne’s got will.  This guy’s rare y’all – and that alone should get you clickin’ on what he’s puttin’ out there into the world – I’m tellin’ ya that a single spin through “Don’t We?” would confirm his talent to any set of ears out there listening, and that what those ears of yours end up hearing will induce a rabid response from your brain that begs you to repeat it.  Lemme give you a sample of this man’s syllabic supremacy here…I could pull from ANY moment of his time on the mic to impress ya, but check this out:  “Walk amid colossal grids, monstrous monuments, modern monoliths that model metropolis.  A sardonic sardined populace, prospering, corresponding with all of the continents, in Gotham you’re commonly brushing shoulders with models, artists and novelists, the gamut of the collar tints impoverished to the opulent prodded and jogging quick, pulse throbbing with the infectious energy of a collective that never sleeps, a city where pressure peaks.  A city of thousands of storefronts, cast flickering halogen auras on the cast of a billion prowling tourists, buskers busily out on the corners jazz billowing out of the doors from café concerts…”  We’d be here all week if I continued on – don’t tempt me!  But you get the point – even on a visual level, you can SEE how cleverly he constructs his words, and believe me when I tell ya, to hear AllOne spit’em is a whole other thang entirely y’all.  I can’t even speak a full paragraph without tripping over myself with a series of pauses and ‘umms’ along the way – AllOne practically raps the entire dictionary here in the contents of “Don’t We?” on his own.  It’s impressive, to say the least…which in comparison to AllOne, is exactly what we’re doing.

Equally inspired, is the beat that comes along with the main man on the mic – Conscious Robot deserves a real shout-out for the smart production & dynamic melody that sets the stage so reliably for AllOne to do his thing.  From the ambient nature sounds in the mix, to the beeps of car horns cloggin’ up the city streets, you’ll find that the music supporting every syllable of AllOne’s rhymes along the way has been expertly thought-out by Conscious Robot in ways you can tangibly hear.  So I’m diggin’ that too…I like the space in this cut and the balance it has; it’d be seriously TOUGH to outshine what AllOne brings to the bars…and I didn’t feel like anyone on this track was really going for that, so much as to fill a role as a supporting player with real purpose.  If you were listening to this cut as an instrumental, I have no doubt you’d still enjoy yourself in the process – but it’s this whole combination of talents together that really makes the magic happen.  Guest-star Brian Kjellgren, who is normally found in the Metal realm, lends an assist in singing the hooks of the chorus – which I’ll fully admit, work well; it’s a bit of an anti-chorus in terms of the energy in comparison to the inspired spark you find fueling the verses, but it’s still highly memorable and a well-written part to have added into this song.  Brian’s got no issues on the mic, that much is clear…solid tone…he delivers a smoldering melodic moment on “Don’t We?” that adds a new dimension to the sound of this single, and ultimately, I think the people out there will get behind it, even if the energy seems to take a breather for a second or two when you hit those chorus hooks.  I mean, let’s be real here…after all the words that have come flyin’ at ya through what AllOne has rapped at ya at such a rapid pace…a moment to catch our own thoughts and absorb everything we just heard ain’t really a bad thing…in fact, it’s kind of necessary, and the slide into the chorus allows us the opportunity to do that as we glide along with the sullen melody.  So in a way…yeah…I get it…there’s a kind of push/pull energy that does exist in this single that might be a bit more polarizing than its intended to be in the court of public opinion judging this song as a whole – maybe – but at the end of the day, every player involved here brings their best to every moment, and every moment stands out for its own stellar reasons; it’s kind of hard to conceive of a planet that wouldn’t come around to digging on a cut like this.  Plus…c’mon y’all – the animated video by Bri Martinsen supporting it visually, is completely killer – this song would have stood out plenty on its own, but with the wild onscreen fun they’ve created to go along with it, “Don’t We?” has got every advantage it needs to reach the massive audience their combined efforts sincerely deserve.

“Don’t We?” comes from the new album Emotionauts by AllOne & Conscious Robot – have a listen at Spotify here:  https://open.spotify.com/artist/4BUvXWOdVz9ZKp9UOlJ4mR