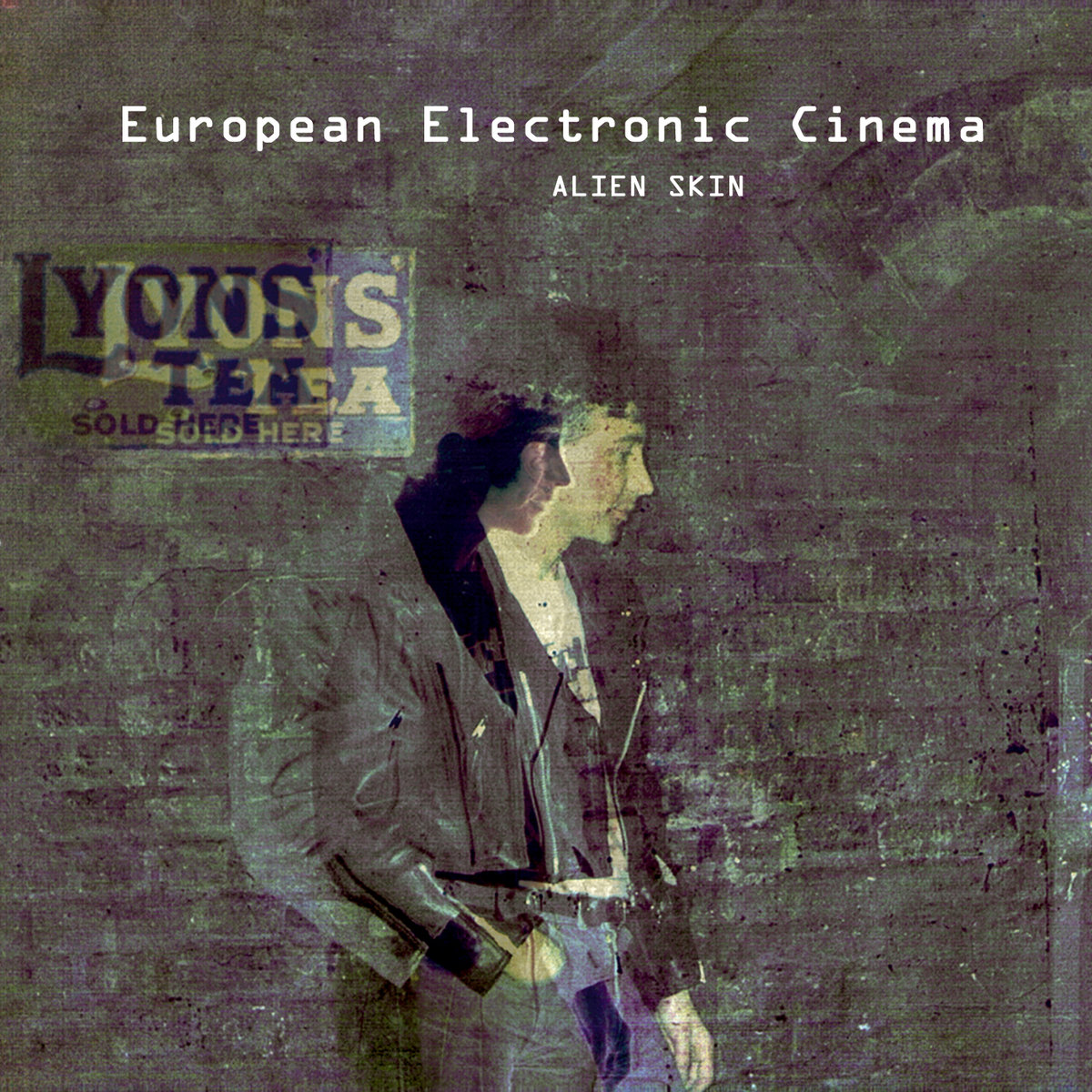 Always inspiring to read about the life of a musician and listen to all the twists and turns that their music & career will take them; case in point, the man behind the music of Alien Skin, George Pappas.  Even if you’re unfamiliar with the name itself, chances are you heard music from the band Real Life in the form of their single “Send Me An Angel” – which undoubtedly, everyone across the world knows.  George was a part of Real Life’s rotating line-up from about 1996 onward from what I can research…and eventually starts to head his own direction as a solo-artist in Alien Skin as of around 2008 with his debut record Don’t Open Till Doomsday starting this fine musician on a whole new path to creating music on his own.

Now…don’t get me wrong…I got love for “Send Me An Angel” and all-that…but of course, that’s in the past – and I’m always looking forward to hearing new ideas.  As far as I’ve read, Pappas was also in the band after that mega-hit was written…so I figured there’d be a good chance of this sounding entirely different.  My own father is a ‘new’ player in an existing band of Canadian-level fame in Prism…keyboard player as well in fact…so I figured maybe the same dynamic existed here in George’s career whereby maybe the music of Real Life was able to utilize the extraordinary capabilities and talent of Pappas, but that he’d probably be writing something much different were it left up to him and his own devices.  Good experiences and good times I have zero-doubt…but when no one’s looking, artists like these reach out for something more through their own creativity, ideas and music…and so too, does George.  Safe to say that being hired on by an existing band like that and accepted right into the fold also hints at the man having the entire skillset required to really bring out his best, 100% of the time.

I definitely have no problem admitting to Alien Skin pulling me in quickly on a personal-level.  As European Electronic Cinema began, it took me back to the first time I had listened to Faultline…and this combination here from George through music & words reminded me of the first time I’d heard the track “Greenfields” from Faultline, which featured Michael Stipe.  The vocals are sweet like that on “June Is The Coldest Time” and the combination with the music make it sound like this first tune could have been on that same album from Faultline back in the day.  In any event…I like what I’m hearing.  This music is anything but typical and “June Is The Coldest Time” quickly morphs from being a more pop-infused melody in the electro-atmosphere into experimental-electro and back again, all with haunting samples in the music that add mystery and texture to this album’s opening tune.  Very poetic and expressive nature to both the vocals and the music…still somehow maintains enough of a straightforwardness to it that many people could latch onto it, but it definitely heads firmly towards the bizarre, strange and beautiful by the time “June Is The Coldest Time” ends.

“Terror Ist” would have Alien Skin heading towards the trip-hop section of the genres he adventures into – and this is a great side to his music overall.  “Terror Ist” has a sexy groove to its electro-infused low-end melody and moves like water flows throughout its five-minutes.  Great pace, great production, great performance here from George and a track that definitely has tangible hooks that rhythmically and hypnotically pull you in.  Kind of close to something like King Cobb Steelie or maybe like, Peace Orchestra…but you know, with words & such…  It’s a track full of inviting sounds to the earholes though – I dig the low-end pulse of “Terror Ist” and how it contrasts the sweetness that moves through George’s gorgeous vocal performance…great composition of jazzy-electro in this second track.

While I can recognize that following Alien Skin into these tripped-out tunes might be quite a voyage for some people – I’d encourage you all to take the ride all the same.  Each of these songs present a real idea and moments that are completely stunning along the way…and everything I’ve heard seems to have something new to offer.  “I Love Art Deco” is a perfect example of ingenuity, art & music combined to create something unique.  The sliding low-end rhythm slides perfectly into a dreamy chorus full of beautiful, soaring synth sounds and perfect vocals from George.  I think “I Love Art Deco” leans a little towards the strange and bizarre side of music, but I think that this is also a realm in which Pappas thrives.  I dig what he’s come up with on “I Love Art Deco” – this was an early highlight for me.

European Electronic Cinema heads toward softer, more lounge-like terrain on “All Tomorrow’s Cares” for a smooth ride through four-minutes.  I appreciate the chilled-out sound and style this track has…but I can also recognize the energy in this track is nearly non-existent…just barely above a pulse in many ways.  “All Tomorrow’s Cares” never really builds towards anything other beyond what you initially get…it’s well-sung, tightly performed and produced but a bit on the sleepy side like an audible interpretation of the very moments before you go from being wide-awake to sound asleep in a dream.  I felt similar about the track to follow with “Platinum Good Looks” as far as the energy of the music was concerned – but I think this latter-cut was also saved by some really fantastic ideas in the actual sounds and tones used in the music that make it a bit more interesting to the ears.  There’s a mysterious air in the nature of “Platinum Good Looks” – like audible mischief…and while it might not offer anything close to straight-forward hooks and rhythm – it DOES offer quite the adventure into an entire atmosphere and idea executed at the highest-level.  There’s enough movement to “Platinum Good Looks” to keep the attention in the writing – but the real magic lies in the texture of the atmosphere through the music and vocals combined.

“Prettiest Flower” reaches back to the artistic-electro combinations that Alien Skin creates so uniquely.  I really liked the chorus of this tune…like, a LOT.  It’s a bit tougher of a track in the sense that it takes a bit of an extreme wander and build to get to the eventual melodic-payoff – but it’s certainly there on this tune.  The chorus of “Prettiest Flower” is real magic – love the way it breaks-off and splits into a breakdown/bring-back after the first time we hear it.  Sticking with his signature offbeat-ideas…”Prettiest Flower” still retains the strangeness and cohesiveness required to suit this album…but it also has a real tender nature to its writing that really has an unsuspecting way of sneaking up on you.  I wasn’t completely sold on the first go around…but by the end of listening to this record, I really liked this tune personally.

Everything about “Sterile In Blue” hits home strongly.  Excellent imagery in the words, incredible ideas in the music and how to make it work and move with real style – “Sterile In Blue” is a subdued, chilled-out song that you can really lose yourself right into.  There’s a slight twinge of the blues to the melody…the vocals do well to bring a little swagger and emotion to the words…but even with those impressive elements working heavily in favor of Alien Skin, for me it was all about the incredible backing-elements and various sounds you’ll hear mixed into “Sterile In Blue.”  George is executing with tremendous skill here and really given something to the audiophiles like myself out there with the creativity in the music of “Sterile In Blue.”  Honestly a great track to really sit there, listen to and immediately repeat the experience…it’s all-encompassing atmosphere pulls you right in there and keeps your attention through its charm – I could listen to this track for days and days and days on end.

“I Still Think Of You” was an interesting track to me.  Once again, I really liked the ideas in the music and the incredible textures that Alien Skin brings to the sound overall…but there are definitely a few strange choices being made in this melody.  The final part of the progression that heads downward in tone as opposed to what your ears will think are logically going to raise up didn’t quite work for me…but what do you do, it’s only one line in an otherwise beautiful track?  I just feel like Alien Skin chose to go left here despite all-indications in the melody to go to the right…and it kind of sounds difficult at points as a result.  Credit to a good performance on the vocals overall though – I like what George has done here in the melody…I think that tendency to lean towards the new, experimental and uncharted terrain costs him a little bit in the sweetness of this idea overall however.

“My Polaroid Friend (Thin White Duke)” takes the album back to more experimental terrain to end the record.  Great mix on the sound…another very atmospheric and spaced-out melody from Alien Skin, but an effective ending.  While I don’t think that “My Polaroid Friend (Thin White Duke)” has a date with the radio anytime soon – I do think it provided heavy emotions, passion and depth to the end of European Electronic Cinema and created a memorable ending.  Toughest spot on the record coming after “The Emporer’s Tram Girl” and a completely different vibe to “My Polaroid Friend (Thin White Duke)” – but I think the strengths of what George has put on display throughout this entire record come through strongly at the end here and highlight some of the best qualities of his writing and music.

It’s certainly not a typical record in any kind of conventional sense…it’s got real adventure, tone and ideas in the writing and really made for an otherworldly and adventurous listening experience.  Who doesn’t want to have one of those right?

The new album is officially released September 2nd – find out more about Alien Skin from the official homepage at:  http://www.alienskinmusic.com/