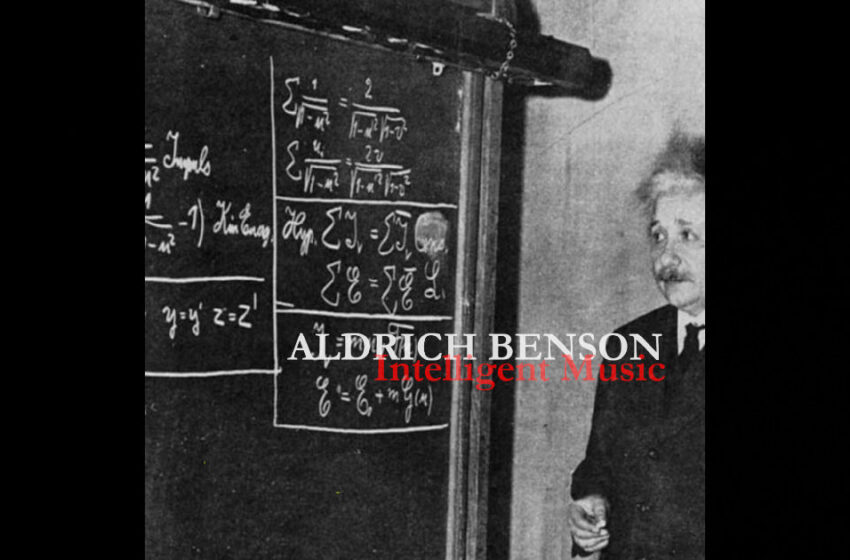 These guys really do have a great thing goin’ on.

It was only back in February that we first latched onto Aldrich Benson and its duo of musicians in Bob & Michael that make the magic happen through a couple of singles sliced from their Intelligent Music EP, called “The City” and “Middle Of The Night.”  As far as I know, those were the first couple of cuts they had polished up by the talents of producer Stuart Epps – and of course, with the stellar results achieved all-around, that’s a collaboration that continued on.  Piece by piece, from what I can tell, the boys of Aldrich Benson enlisted Epps to assist in giving their songs the proper sparkle & shine their ideas & efforts deserved…each cut has got its own remix, and it looks like Aldrich Benson has re-released the EP in March of this year.  With a seventh song in the lineup now too, yes?  I feel like there were six before…

Anyhow.  That’s probably just my own eyes playing tricks on me…I tend to look at a whole bunch of music pages in a single day…that I can tell ya.  Whether it was six before or not, we all get seven of Aldrich Benson’s tunes now, and more of a good thing like this, is a great thing, rest assured.  Because let me tell ya about the world’s most apt EP title folks – it’s this one they’ve got right here.  Every time I listen to these guys play and how they approach their songwriting, I’m pretty much nodding my head in complete agreement right from the very first notes – this is indeed, Intelligent Music.  It’s really cleverly designed in a hybrid Rock style, stunningly performed, and then of course sent over to Stuart to add the cherries on top via his expertise & production techniques.  It’s a recipe that not only works, but stands out for all the right reasons – & this single from the EP called “She” is another highlight example of why.

For starters, Aldrich Benson is able to borrow so well from their influences & music they love without just becoming a mere repeat or rehash of anything else at all, truly.  In a song like “She” alone, you’ll find a lot of sound you’re comfortable and familiar with, but presented in a whole new arrangement, you dig?  Like I could cite tiny comparisons from The 13th Floor Elevators to Zeppelin to Van Halen and damn near everything in between those names…because you get flashes, pieces, fragments…The Kinks, Steppenwolf, Bowie…that’ll remind you of something close to the vibe of something else in a singular moment, but never for very long at all.  Ultimately, there’s no one name I’ve ever felt like Aldrich Benson could be directly compared to based-on what I’ve heard so far, and that versatility is such an incredible asset when it comes to the freedom & diversity of their own creativity.  Basically, these guys have license to ill, & can do whatever they wanna.

Lemme tell ya folks – I love what they’ve got goin’ on in “She” from start to finish.  If you get me started on the fact that this song comes from their debut record…I can promise you, I’ll type a whole ten pages out here – this would be an extraordinary find even on an artist’s or band’s twelveth album, you feel me?  Professional as it gets already, Aldrich Benson is not messing around y’all – and if “She” doesn’t convince ya, you’re missing it by a “country MILE.”  I capitalized that last word on purpose…that’s the way Michael sings that particular line, and it’s one of several that utilize the fantastic no-holds-barred approach & personality he has.  The amount of expression this guy gets through a microphone is freakin’ award-worthy here, and it’s savagely addictive, I ain’t even remotely kidding.  Though I also won’t lie…it did get me thinking about what life with Michael would be like if this is just how he was all the time, even outside the studio – can you imagine?  Sitting by the poolside lounging with a guitar in his lap and the waiter comes around to take his order and dude’s like, “Yes.  If I could JUST GET a small order of SPICY FRIES to go with a NICE COOL beverage of SOME KIND.  What WOULD you suggest?  Do you HAVE SOMETHING good on TAP sir?”  While I’m certainly having a bit of fun with this in writing, the reality is, the way he sings this song is bloody perfection if you ask me…that fluctuating energy in between the mellow moments and the punch of emphasis in his words at his most intense makes for an absolutely unique & addictive cadence.

Were it not for the sheer amount of excellence in the music-department surrounding him at all times, I think he’d flat-out steal the show here if I’m being honest with ya – I think Michael’s at his stand-out best here from the tunes I’ve heard from these guys so far.  Mind you, that really is the case – I tend to gravitate towards singers like this guy that give it everything they got on the mic and notice vocals first whenever that’s the case, which is rare – but the more you pay attention to “She” you’ll certainly appreciate just how on-point everything is.  The bass-lines come out remarkably clear, thick & rich with bold tone, rumble & rhythm right where you wanna hear it…it’s got real presence in this song without taking over – an achievement likely assisted by Epps in the final mix.  Between the bass & the vocals, you can really feel how these tune elements drive the meaty sound of this song from start to finish, which actually ends up allowing the guitars & drums to play a more complementary role and add real flair to the whole vibe whenever you’re noticing them most.  Especially the guitars & how they chime in along the way…quite often, you’ll find that the one extra move leads to checkmate with these masters here – there are so many hooks in this one track alone from the music to the microphone it’ll blow your mind.

I am MASSIVELY impressed by “She” and THINK IT’S my favorite ALDRICH Benson song I’VE HEARD without question SO FAR.  See what I did there?  Alright, alright…I kinda tend to do that here in writing when I get excited anyway – but that’s equally the truth when it comes to this single – “She” is an absolute sonic riot that explodes with personality and stellar songwriting.  How on earth it has taken these two guys this long to start pumping out tunes into our universe I DO NOT KNOW…all I can be certain of for sure is that I’m definitely thankful their time arrived – Aldrich Benson is completely slayin’ it for me this year.

Find out more about them from their official website at:  https://aldrichbenson.com