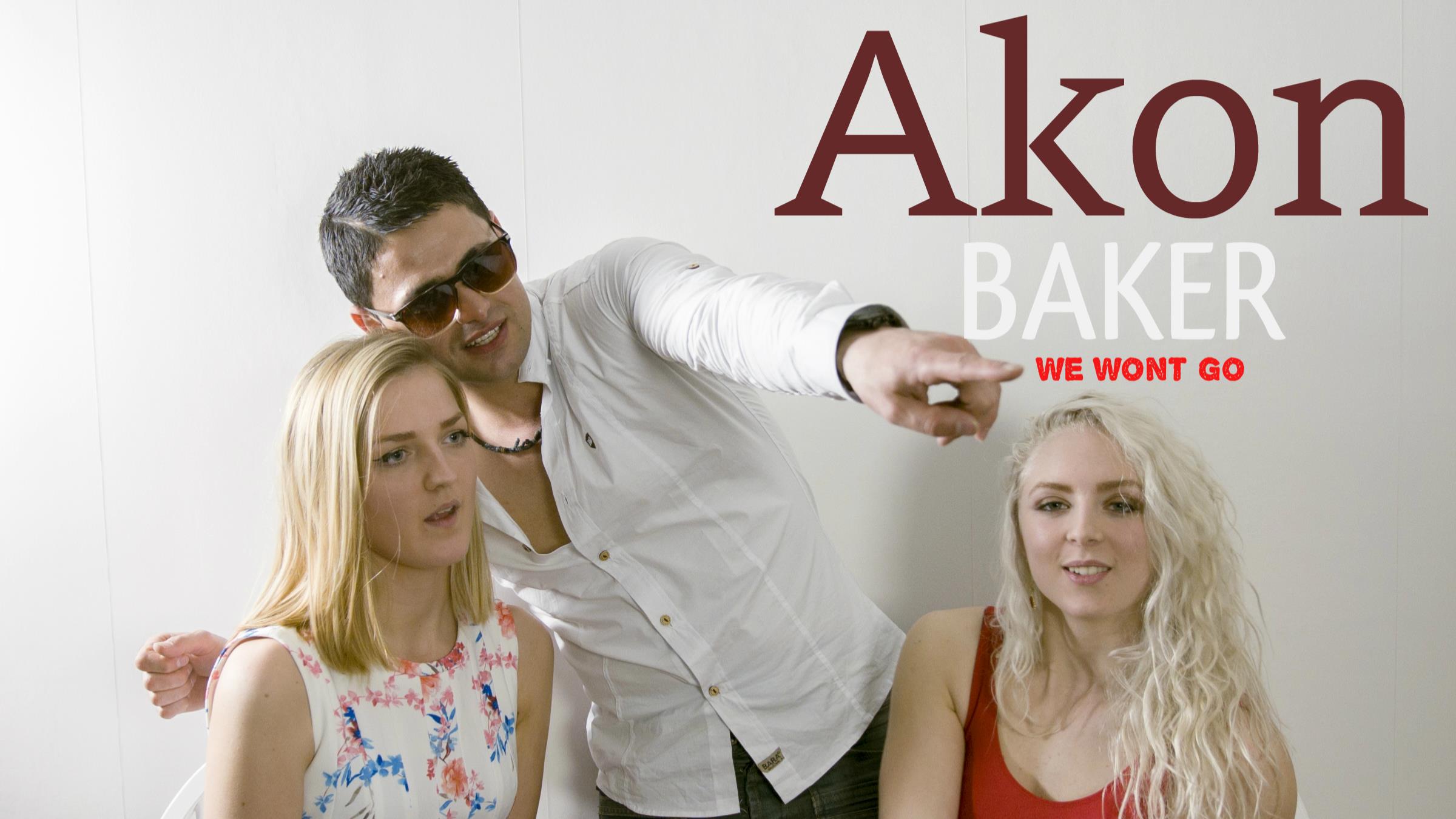 Here’s a danceable track that’s guaranteed to get the body moving.

Akon Baker has just released his brand new hit club-single, “We Won’t Go,” and put out an excellent video to go with it. Not only is the song completely well-made, full of hooks coming at you from every direction and fantastically produced; but the video manages to match the intensity and the vibe of the song from start to finish.  This whole track pulses with wild & exotic party flavor!

I got a chance to talk briefly with Akon Baker about this brand new video and song he’s released out there into the world…and if you check right below the video AFTER you give it a play or two, you’ll see what he has to say about the making of this new video and how it all relates to the music he’s making as Akon Baker overall.

For now, let me simply say this; you’re in for one wild ride. With car-chases, party-scenes and beautiful people everywhere your eyes can see – you gotta love what he’s put together here to represent this song visually onscreen; it packs the intensity that this song needed. Adding in the live sounds from the cars in the actual scenes of the video was a phenomenal idea and it worked extremely effectively; but better yet, unlike MANY of these kind of ideas…these are mixed in perfectly and actually compliment this track as it plays on screen.

Everything about this screams time & effort from the music & the video…you can literally see the hard work put into Akon’s career right there on screen through this flawlessly edited video AND song, with a beat that can’t be denied. Check out the video for “We Won’t Go” below, and make sure to check out what Akon had to say about this whole experience after you give it a watch. We’ll take a moment to drill him with five or so questions and see if we can’t find out how this vision for his music came to vibrant & high-speed life in his brand new video for “We Won’t Go.”

SBS: Tell us about the inspiration for both the music and the video for “We Won’t Go!”

Akon Baker:   They all come when I listen to a beat, all inspiration comes then.

SBS: Okay…gotta ask…the lamborghini…that yours? These scenes were awesome, well shot and the idea of course matches the song very well…but where did it come from and how did you get it? You’re way younger than me dude! I’m not saying that you don’t deserve it, I’m sure you do! But I’m driving like…a box on wheels here! Is that your regular ride?

Akon Baker: It is my close friends car i drive Land Cruiser V8, I like it better.  Sorry to hear that.

SBS: For those out there that don’t know you yet Akon…what would you say about this track in terms of what you create ‘on-the-regular?’ Is this reflective of the other songs in your catalog? What would say are the defining characteristics of your sound overall…what sets you apart from the rest?

Akon Baker: I think this can be bigger then it is, I have done more videos and songs none of them had as much as “We Wont Go” to get great feedback from audience & press.

SBS: What parts of your own personality would you say are indicated in this particular song? You’re on the right side of the jail-bars, so I’m thinking this worked out! Nah…I get it…that’s fiction…but what’s real life like for you Akon? How much of YOU is in your music?

Akon Baker: I can say I am more in jail then been out, or i was few years ago now.  I’m not driving that much cuz car gets me into jail. The song is all based on me, I think 90% is me.

SBS: Is this an indication of some movement for your music career here in 2015? Tell us about the short-term future for Akon Baker and what’s coming up next for you…

Akon Baker: I have clear vision after this hit, my song will be aired on over 400 radio worldwide starting Feb. 1st, I’m very excited.

SBS: Anything else at all you want us to know Akon? I usually offer an ‘open-floor’ to our giant interview spreads…but I don’t see why that can’t apply here as well. So let us in on anything else you want the fans and new fans to know about you and the music, or anything else on your mind! Thanks again Akon!

Akon Baker: I think you said it all, thank you so much.  Big things are on way.  Thank you for having me.