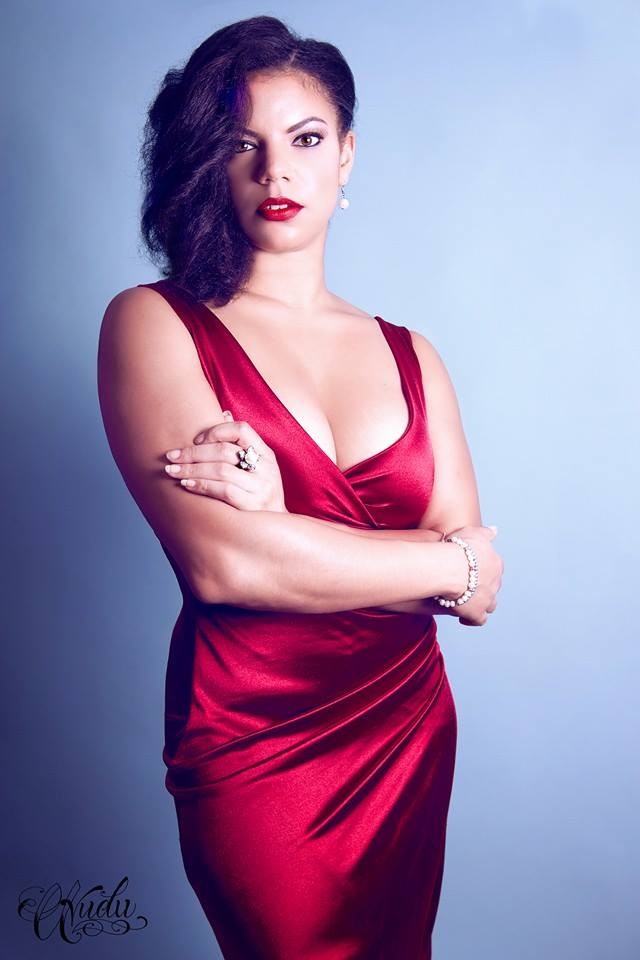 Ajia Clark has been testing out waters pretty-warm as she’s been building-up the material for her upcoming album Finally Ajia. Each of these singles…from what I can see with the exception of the third, shiny new-one we’ve got our hands on (and only because it’s NEW) her music has met with positivity, love and support from almost every corner of the globe already! Representing the R&B/Soul/Jazz music of Denver, Colorado – she’s bound to reach the top of charts aplenty if she continues to make her music at the stunning quality she seems to now. As I’ve mentioned, the two previously released singles have already tested well with multiple-sets of musically-inclined ears out there…and now we’ve got a third clear-winner from Ajia Clark to add to the growing catalogue of incredible material for that upcoming album of hers.

Our adventure begins with a tune originally released in 2013, a single called “Ooo La La.” While the bearded-guy writing this world will fully admit he might not need another tune titled “Ooo La La” existing in his world – it’s almost impossible for that same bearded-dude to not dig this vibe! Ajia Clark came out confidently and full of rich, powerful-tone to her voice on this smooth first single. “Ooo La La” caught on big-time out there with listeners, and did with me instantly as well – I was immediately impressed with the jazzy-music of Ajia Clark.

Here’s a truly interesting fact about her music as well for you: It’s currently being recorded on the same exact console that once recorded Michael Jackson’s Thriller album! How cool is that? I won’t lie to ya though – there was honestly something about “Ooo La La” and its piano-tones that truly reminded me of that same sound and atmosphere you can find surrounding multiple-tunes on Jackson’s album; so for me – this was an extremely relevant and very cool piece of information. Ajia’s also a Grammy Member and involved as recently as voting on the 56th Grammy-Award nominees on the official ballot – there’s no doubt about it – she completely understands music, how to write a catchy hook and deliver with a professional approach, confidence and passionate performance through her lyrics and songs.

The “Soul Train” single which had been released earlier in 2015, truly shines a spotlight on Ajia’s incorporation of poetry & jazz into her music. Sounding like she’s free-flowing her thoughts into the mic – she’s nearly like a beat-poet in this song and I love it. Definitely leaning more towards the artistic-nature of music rather than seeking out any traditional form of hooks to pull you in – the magic in “Soul Train” resides solely in her soulful singing and confident approach. The bass in this song…the drums…MAN! All so good! Piano too…this is honestly an exceptional jazz composition and excellent story to be played-out over-top of the music through Ajia’s words. In a really bizarre comparison for you…the breakdown of the piano and music in “Soul Train” might actually remind some of you of the massive breakdown you’ll hear in Aphex Twin’s “Windowlicker” – bet you didn’t see that one coming did you? Well…a lot of people underestimate his jazz-influence in his music – but it’s there; hearing something similar in music much closer to the actual jazz-genre itself only confirms that supremely. Check it out though people…I bet you’ll hear what I mean when it happens, if only for a moment.

As far as I can tell – the newest addition to the repertoire is “What Am I To Do” – the final-single we’ve got our hands on here in review today, and another massive-indication of just how on-the-right-path this fine-lady truly is. Ajia Clark puts in my favourite performance vocally of the three-tunes with a little bit of added sugar & sweetness into this new song. A gorgeous love-song with that signature-style of jazz-meets-R&B that has worked so well for Ajia – I could understand her potentially being curious about how this new song might be received…and I don’t think she should be worrying at all if she is. People are going to love this just as much as I did…and even though some of those notes are right at the very top of her register, leading them to squeak-slightly or drift straight into the air & atmosphere of the track through a whispered breath pushing out the final strengths in the notes as she sings – I think personally that each of these moments have added an incredibly human and REAL element to her vocals. I also think it’s a style thing…I think it’s done purposely seeking out a specific-sound in her own voice to suit this melody…and I think she’s nailed it in every way. Ajia puts in the power when she needs to, and goes delicate whenever the music has required – again, as a song-writer she’s got a tremendous grip on her sense of direction, instincts and style for her sound and music…and I think that some of the very best of that comes spilling-out all over the incredibly bright & beautiful rhythm of “What Am I To Do.”

So if she’s out there somewhere…wondering if she took the right approach, if she sounds good, or really played her hand right on this final round – consider this confirmation from me – she did everything right on this last tune. In comparison to the songs that have already caught the people’s attention with the “Ooo La La” & “Soul Train” singles – I also think that “What Am I To Do” takes the sound/style of Ajia Clark to an even more accessible-level with hooks that are even more likely to bring in new-fans than the previous successes from the other songs. Everything she’s done and all that I’ve heard certainly indicate that this focused solo-artist is more than on the right path…I’m looking forward to hearing the rest of what ends up on her Finally Ajia album when it finally gets released!

Find out more about Ajia Clark and information about the upcoming album release of Finally Ajia through the official links & pages below!