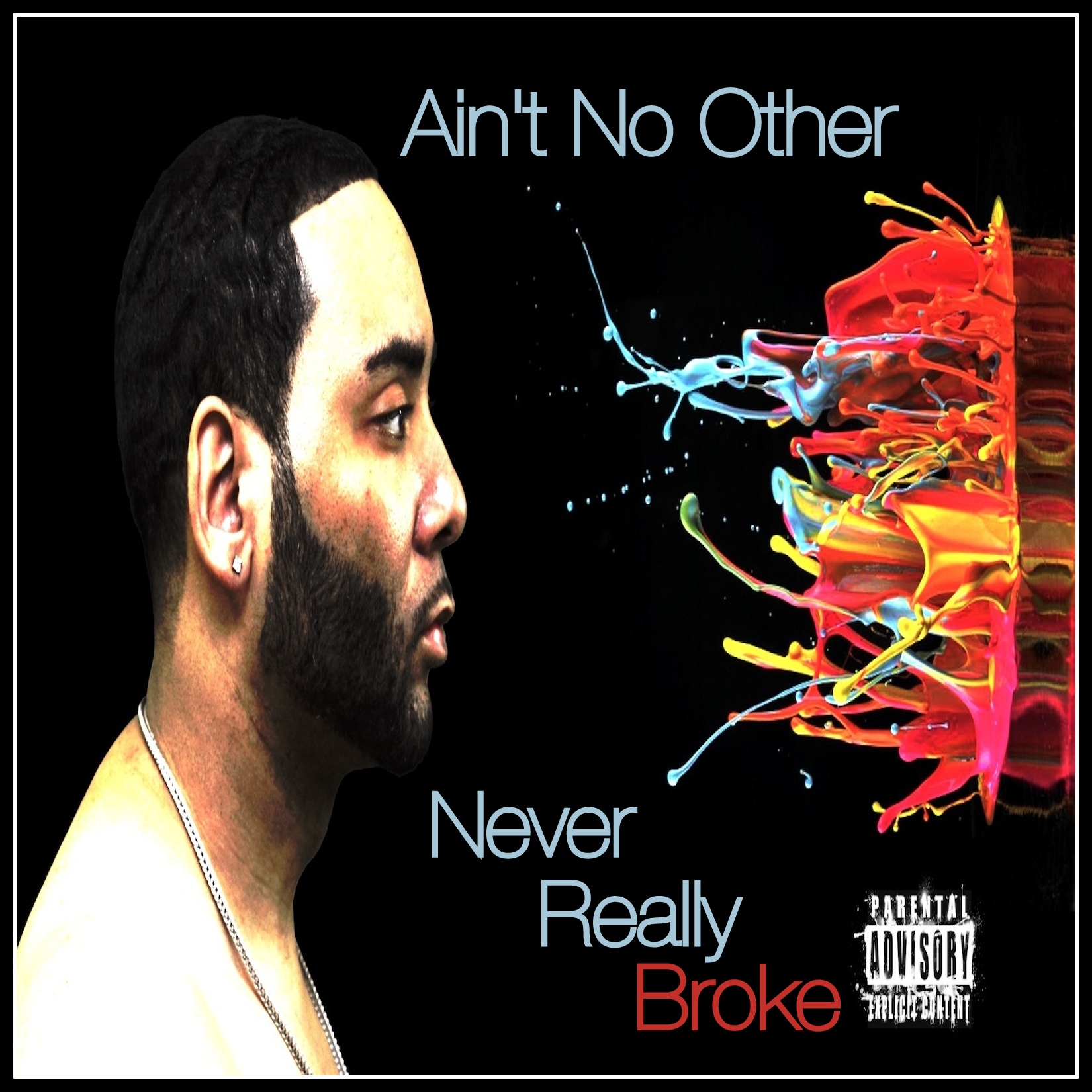 Here’s the straight-up in one single sentence; I would be a way bigger fan of the entire rap genre if it was all as entertaining as this album is.

Ain’t No Other has had me paying attention non-stop since I pushed play on Never Really Broke – I honestly had no clue I was in for an album so packed with good times. Halfway through my first listen through the album I was blown away at how the album refused to let up…how every single track I was hearing was “single-worthy”- almost like I had to pause and take this album in as two EP’s!

There are superb skills on the mic here, no doubt about it. It’s tough to decide if Ain’t No Other is stronger as an MC or as a songwriter in general. Cause if one thing is for sure – A.N.O. knows how to write and deliver a hook with full force. I’m not even kidding – I’m damn near speechless at the skills this guy has to deliver a song straight to your brain.

As well as the first half did! – are you kidding me? I mean c’mon – if you’re listening to the same album I am right now those first six tracks should give you every ounce of confidence in the last half! Never Really Broke GOES for broke on every track and pulls out unique beats left, right and center stereo. Styles range epically over the history of hip-hop & rap; you can hear influences like Outkast, Mase and in my opinion – even P.M. Dawn.

Don’t get me wrong – that’s a compliment in my books. Loved those guys…

Not to stretch the glowing commentary too much, but this album has about as much ingenuity as a Kayne West album. Though their styles are quite different, they have one major thing in common – knowing your samples and how to use them to the absolute maximum. Let’s cite some tracks here…check out “Hard On Myself,” “The Man,” or “Stay Away (Selfish)…” choose ANY of those as a benchmark and try to tell me I’m wrong!

Now…”Hoodie On (Feat. Phil A Gee)” definitely wins the award for best rap lyric. All credit to Ain’t No Other here – his flow is both skillful and completely understandable no matter what temps he rhymes at. But when he hits the hook in the chorus after a full rip through a sickly paced rap verse, and he utters the line “Yeah, I get my Frito-Lay on…” I almost died. Ain’t No Other, it seems, can bust out a sense of humor at any time and throw down lyrically at will. The flow is on-point, no matter what the subject – this guy FEELS the beat and literally lets it rip. The skills come out sounding completely natural, unforced. Overall, this album feels like the start of something that could genuinely hit it huge.

There are minor production flaws that peak tracks just slightly – nothing that makes anything unlistenable – just room to grow as this young artist continues to step into the limelight. I look at it this way – someone out there is hearing what I’m hearing and was just trying to do us all a favor and turn it up!

As per the indie standard, one thing matters above all else; that the ideas are THERE.

Ain’t No Other…might just be the most aptly-titled artist to come out this decade. Trust me – you’ll be hearing this name all over, real soon.

Tags: Ain't No Other Album