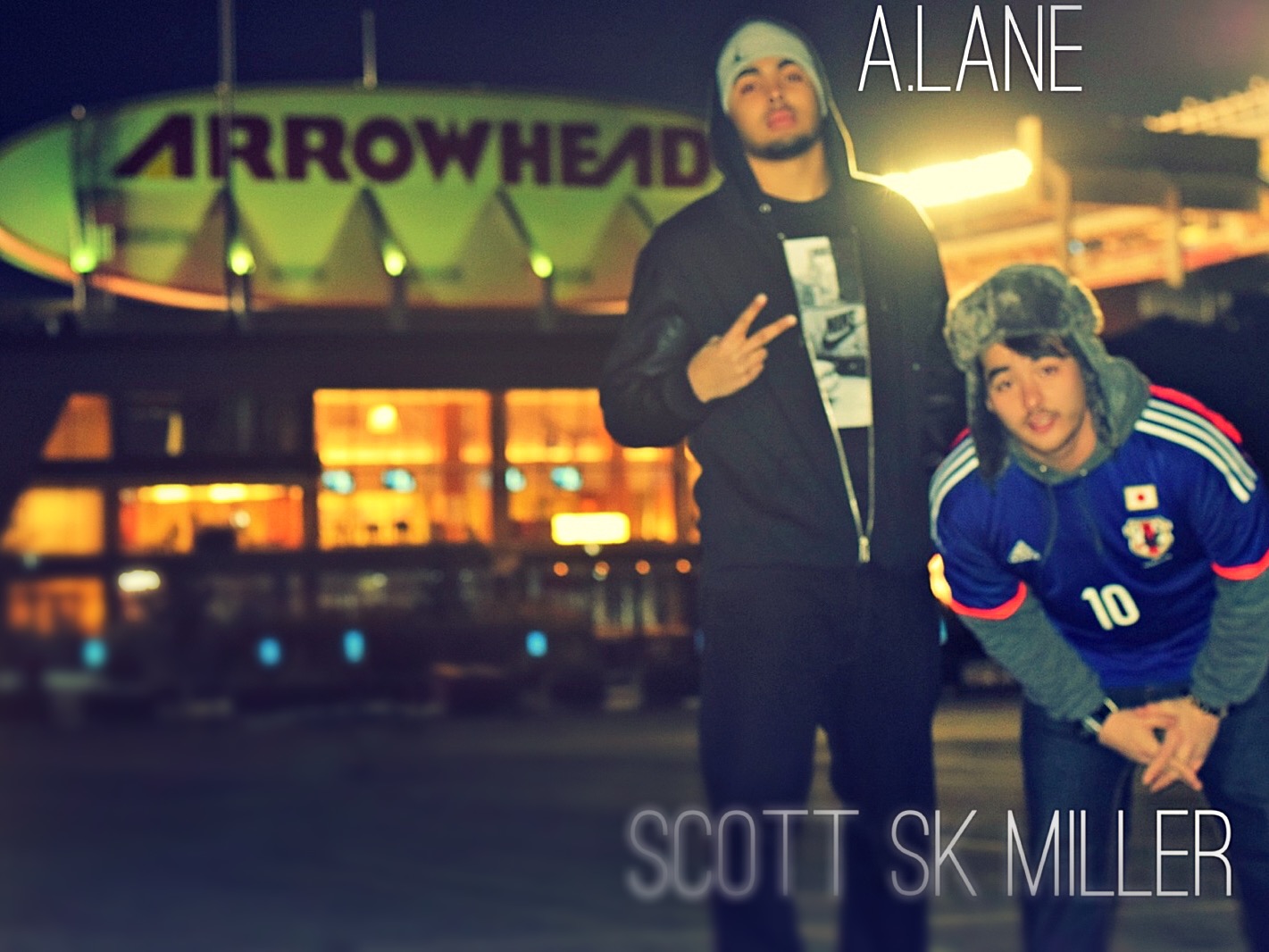 Alright…we’ve got a collaboration of sorts…at least in the sense that we’re throwing three separate artists into the mix here in this morning’s review if nothing else!  But you’ll see…the five tracks I’ve got represent each of the three individuals, Ace, Scott SK Miller, & A.Lane in a song of their own, as well as in collaborations supporting each other in the other two cuts I’ve got my ears on.  It all roots back to a larger tree – one they know of the Kardboard Empire…so the support for each other both on the recordings here and in life is certifiably genuine.  Presumably…there might even be a slight level of competition between each other…maybe in secret, maybe not…but something that pushes them all to be the best versions they can possibly be of themselves when it comes time to push record.  Nothing wrong with that when it comes from a place of love and authentic support right?  Anyhow…we’ll see if they all feel the same way after this is all said & done here…I mean…SOMEONE had to pick & choose which songs got sent over…all I’m saying is hopefully someone didn’t end up holding back and we got the best of the best from each or it could be lunchtime dining with a knuckle-sandwich for one of these guys.  Well…probably not…gotta admit, they seem like a pretty positive crew…young & gifted wordsmiths too…so chances are yeah, any beefs about what tracks have been sent in to rep them individually can probably be squashed through words I’m sure instead of fists.

In any event…it started tight enough.  First track I took in was A. Lane’s “Keep It Blank” featuring a beat created & produced by Kyle Potter & resulting in a stunning combination of talent right off the drop.  I dig the old-school vibe to the hip-hop sound in the chilled-out atmosphere the music creates, and A.Lane keeps the words flowing solidly on-beat in a narrative about shutting out the negatives and keeping it all on the positive side of life.  The rhymes come out confident, on-point and sharp to the metering…the synth sound in the beat keeps bending back & forth hypnotically…it’s all relaxing as hell and completely entertaining at the same time.  A.Lane keeps precision & flow at the forefront and puts on a verbal clinic of how to keep it smooth & exciting all at once.  So far, so good…let’s see what else we got…

Scott SK Miller puts out a solid effort on “Middle,” a song with a seriously uplifting vibe.  Telling the tale about finding his way through days spent in the “Middle” and the journey of his personal life…I dig that you can hear the personal connection to this track that Scott has.  Solid beat & rhythm to the music, good use of the choir-vocals to create that huge stadium-filling sound…and a great range of heart & skill on display.  Rapping in both Japanese and English, Scott not only makes a respectful nod to his heritage, he’s also woven it into his flow perfectly.  That’s a real skill right there for sure…he switches languages like changing lanes in a decked-out caddy with cushion-seats – you barely notice it’s happened!  You tune into it more and more as you spin the track…but the masterful grip on the metering and flow is definitely something you can hear as he switches back & forth through the two languages perfectly in time making it all sound easy!  I know I couldn’t do it…and of course, I don’t have the translation of what’s being said on “Middle,” but from what I can hear in the English-parts, you can tell that Scott SK Miller puts a lot of thought into his words for sure…so I’d imagine the Japanese-parts make sense too.

Now…depending on what Ace was going for on “Nothing Left Of Me” kind of determines whether or not it’s a pass or slightly wide of the mark.  If he was looking to keep the words slightly old-school and a little jagged to the meter of the music…then that’s one thing.  I think there’s a few lines with an extra syllable, or one syllable less that slightly trips up the natural flow of the song every so often…and other times, it’s all moving so quickly you can hear that Ace is just getting there in time or pausing long enough to keep on beat…so you can hear a little bit of a struggle with the words against the flow – but to his credit, he IS getting there.  It’s splitting hairs in a way…because for the most part he keeps the words flowing constantly and on the beat precisely…I suppose what I’m saying is if you can feel those spots out in the music as you make it…it’s usually always a good idea to go back and find that other combination of words that can express the idea in a similar way that fits the metering just that much more.  Other than that one slight issue, “Nothing Left Of Me” is a good song…great depth to the beat…I’d say concentrating less on the rhyme-scheme itself and really feeling the atmosphere, beat & mood of this song would lead to a stronger connection from the words to the music.  That being said, really dig the verse in between 1:50-2:50-ish…that’s the right amount of passion you need to make those words sound real…I got love for that verse.  Hook in the chorus is strong too…it’s got merit and definitely wouldn’t take much to polish up completely to a shine. 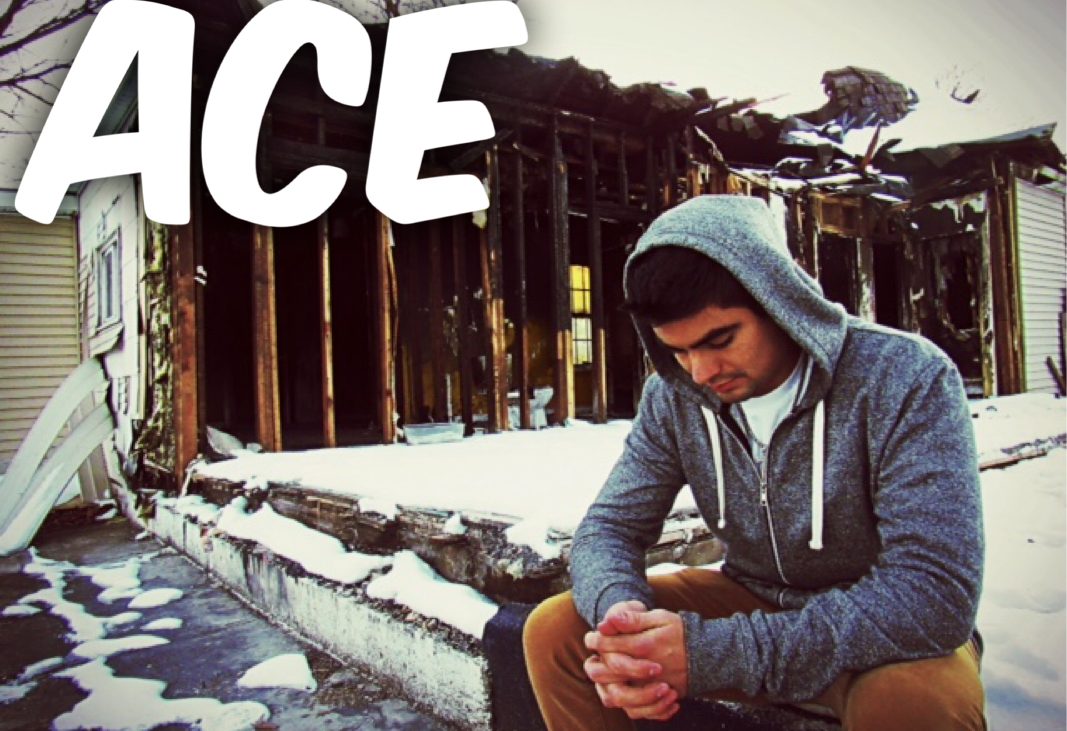 Onto the collaborations…where first we test out the combined talents of Ace & A.Lane together.  Here’s my honest thoughts on the song “Th3 Man…” I think…well…I think there’s potentially something here again…but it comes in unevenly in a weird sort of way.  The hook itself, is solid as it is…but I can’t help but think it would have come out stronger if it sounded less focused on being smooth and matched the intentions of the words a little more.  Instead of gentle & timid, confident & bold, know what I mean?  So a bit of an uneven idea there in my opinion…then I felt like many of the same comments I had applied to the verse from Ace, and likewise for the efforts of A.Lane at the end of the track bringing it home in the final verse.  It’s a tough one…gotta admit…I think the beat again provides a solid canvas for them all to work on, and they both have their different styles & approach to the mic.  I like the determination you can hear in Ace’s verse but still think it has a few rough edges to it, and I think that A.Lane really sets the example for that level of confidence you need to have in your flow, tone and approach for Scott and Ace overall.  Again, they all bring something unique to the table when it comes right down to it…so on the bright-side, as a unified crew in the Kardboard Empire, there’s certainly lots to be offered.

Scott SK Miller and A.Lane get together for the final track I’ve got my hands on.  I had to crack a smile on this cut immediately…”Jabars” shouts-out & name-checks Kareem Abdul Jabar…and I mean…come on…this hook just works.  I’ve heard just about a million buzz-words attempted to be created through independent music…and believe me, most of them fall-flat – but “Jabars” is something I can get behind.  The visual imagery on that main-hook is perfect…the verse has an absolutely siiiiiiiiiiiick flow, and the backing hype-vocals work 100%…it’s a much more low-down & dirty style of an atmosphere…a lot more intense, aggressive and clever as A.Lane plots his every movement in words.  Big atmosphere and serious amounts of menace in this cut…maybe would have wanted Scott’s verse to come up a little bit in the mix to really get it all clearly…but that could just be because I’m a freakin’ old man now.

Always need my music turned up, always have.  Guess it’s not necessarily an ‘I’m going deaf’ thing as it is more of a need to jump right into the music to hear everything I can.  In any event, great ending to this sample from this crew of emcees…”Jabars” has big, big hooks…A.Lane’s moment around the one-minute-mark when the beat drops out behind him…I mean…damnnnnnn!  It’s like how they say cool guys always walk away from explosions…but in music-form!  Solid stuff from these three guys overall…I think they’ll push each other in all the right directions to get to that next level…the writing is there, that connection to the flow and the meaning of the words comes from knowing that material inside & out…but that’ll come.  For now…good start for these guys…I think they all show promise while all doing different things with their style & music…and combining their talents seems to be equally effective…lots of places they can take their careers whether together, apart, or collaborating with others.

Check out the links below to find out more about Ace, A.Lane & Scott SK Miller and be sure to check out the episode of the SBS Podcast happening later today to hear a few of my thoughts on this Kardboard Empire and play one of the tracks I’ve talked about!