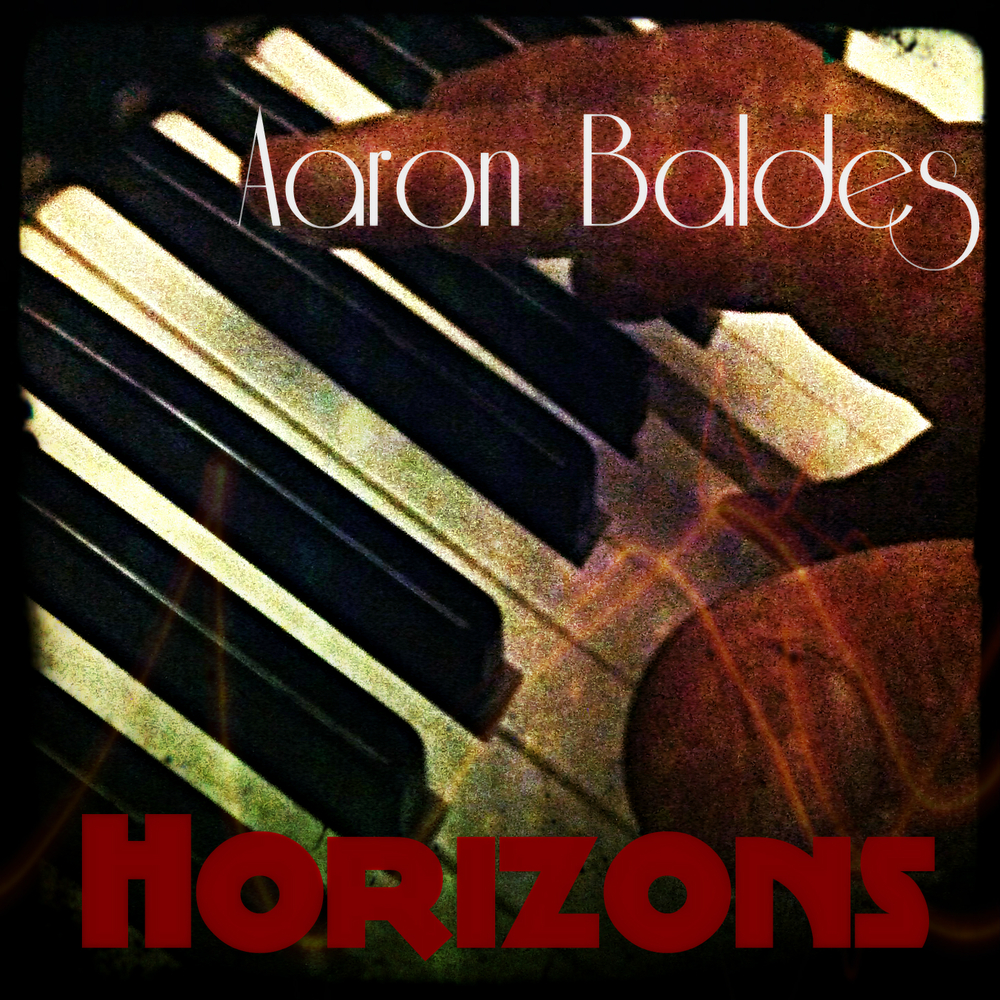 Food for the soul – that’s what “they” say isn’t it? And much like your diet or what you might like to throw into your pie-hole year after year, those tastes can change & grow and become more expanded and accepting over time. We should never have to be restricted to a certain style or genre – imagine for a second right now that you were only able to listen to the first five albums you ever purchased for the rest of time – how would that go for you?

Cause let me tell ya…it gets pretty ROUGH over here on MY side when I start to look at life like that…I’m thinking I’d end up with a bizarre set of five that would include the likes of DJ Jazzy Jeff & The Fresh Prince, Richard Marx, M.C. Hammer, Suicidal Tendencies and Boyz II Men.

I was allowed to change. Hell – I hope SOMEWHERE in me I WANTED to change! Look at that embarrassing/erratic list! You should EMBRACE change!

So meet Aaron Baldes – a man that has done that very thing – change. A self-professed former “metal head” – you’d have to dig for sheds of that evidence on his new electronic album Horizons, which is more or less the audible history of his last several years. In talking briefly with Aaron, it seems that his whole musical landscape has changed of late, now choosing to play in jazz, classical, funk and of course this electronic genre here on Horizons.

If I can go back to that food reference for a second…I would think quite plainly that if you understand and KNOW how to eat breakfast, well, then at noon you’re probably inclined to be like, ‘bring on lunch – I GOT this…’ Adaptable skills you know? It seems like Aaron has made the switch quite easily from metal or any of his other styles to this electronic format.

Does it WORK? Yes it does I’m proud to say. I’m not gonna lie – Aaron seems like a rad guy from our brief interactions and knowing that he’s all about the DIY and making it happen for himself & his music…well, I was pulling for him to have put out a great disc here with Horizons.

He can rest easy on a mission accomplished – like I said – embrace the change!

I’ve always been a huge fan of the unique work put in on record and the trails blazed by innovative artists like RJD2 and DJ Shadow – two artists I could certainly cite here as influences on this album in many ways. Horizons has that electro-pulse and rhythmic-beat aspect of the RJD2 catalog while bringing in the diversity and range of ideas that you can find on any of DJ Shadow’s work. Case in point – one of the largest departures on this album – “In This Valley (Prelude),” is one of my absolute favorites based on how well it serves to take you away from the rest of what has been happening for a brief moment. Like taking a sip of your favorite wine, refreshingly cleansing your palette before taking another sip to get that excellent flavor back.

After repeat listens, you can hear that Horizons is not only precisely programmed, but also carefully laid out in sequence – there’s a purpose to the order of these tracks and it flows like a good album should. Each song is short and on-point; this isn’t electro that will drone on and rely on one beat or effect for minutes at a time. Aaron has built excellent electro-grooves that build, swell & change in natural ways that make for an easy listen. Check out “Darkness In The Groove,” only the second track into Horizons and he’s hit his full electro-stride here in this track and carries it right into a full on display of ability in “Prelude (Bloodsound)” – which is one step away from becoming a Venetian Snares track, hence “Prelude (Bloodsound)” is still more than listenable…in fact, it’s full on awesome.

The melodies Aaron has been able to create and the soundscapes in the songs on Horizons are a testament to that ability to change one’s taste & flavor. I’m not saying this particular track was any indication with definite PROOF, but it would seem to me that if this is the aural history of Aaron, that a track like “A Change For The Better (Discord, Hate, Trauma, Malice),” might just have come along during that time of changing between genres and styles and realizing he has every right to be stepping into the electronic categories. I’m not sure how his metal sounded…he seems to be talented in anything he does…but I’m assuming that this direction was in fact, “A Change For The Better…”

Doesn’t matter what track you choose, you’ll find an excellent idea contained within. The execution, recording and production of the songs keep up to the ideas with no issues. The amount of creativity is astounding…as you weave through the middle of the album into tracks like “Frost (Outside Looking In),” “A Theme From Corelli’s Sarabande In D Minor” and “Electric Improv 1 In D Minor” – you can’t help but crack a wry smile at just how these songs line up back-to-back-to-back. Each of them are so unique from one another, yet everything fits so well here as a full album.

Closing strongly into the electro through “Rapture” and “The Clap,” before giving us a SLIGHT hint at the former metal head who served this whole musical meal on the final track “VGM;” you’ll get a GLIMPSE – but don’t get ready to bang your head against the wall just yet. There’s still more than enough electro in this track to keep it included and it’s a great idea as a closing song, bringing it up that one extra notch in energy to close out Horizons on the right note.

So you see? Embrace the food!

Wait! I mean…embrace the CHANGE! It can lead to amazing things and wonderful creations. If you have any doubt about that, I suggest you listen to Horizons by Aaron Baldes immediately – you might just change your tune!