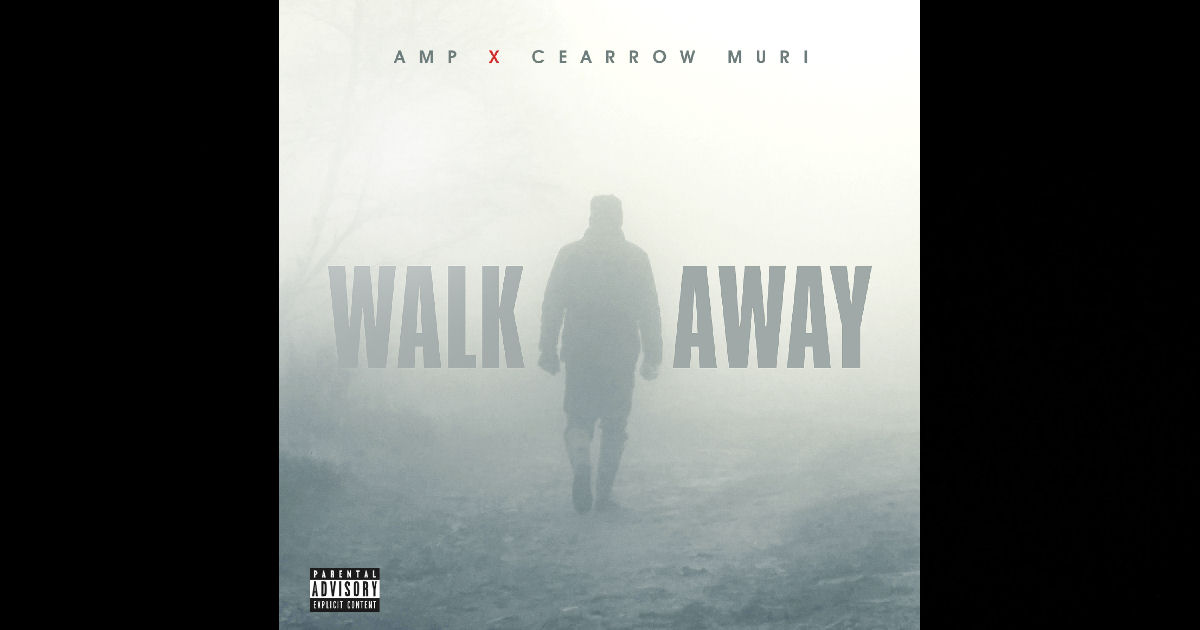 Solid couple of singles from A.M.P. – this is a man that’s clearly got Hip-Hop in his blood.  The man can rhyme…there’s no doubt about that, either of these two singles will confirm that for you quickly – but LISTEN to the amount of personality he brings to the m-i-c – ‘cause that’s what’s makin’ this all come together homies.  Perhaps the best part about it all?  He’s clearly just keepin’ it REAL – what makes you connect to the music of A.M.P. isn’t just the fact that he’s got the approach of a classic wordsmith – it’s all about how on the level his lyrics are & how it feels like he’s rapping to each & every one of us direct.  Like A.M.P. has been a close friend of yours for years, this charismatic emcee has more than enough natural talent for the Rap game; he raps confidently & chilled-out…like he’s got all day to do it because he does it all damn day – you feel me?  You get that comforting aspect of a microphone veteran when it comes to his delivery, but that comfort level can only be reached & transmitted so successfully to us as listeners if you REALLY feel these rhymes – that’s the key…and that’s why A.M.P. should have no trouble at all finding a whole bunch of playlists out there that have two spots waiting to be filled by these tunes. 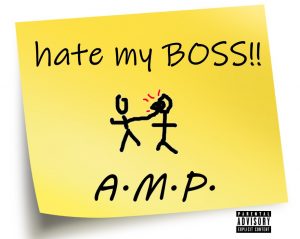 You can hear in both of these singles that the man is just tellin’ it like it is – and whether or not you’re a dedicated fan or Rap/Hip-Hop or not (You should be tho!) – chances are, you’ll relate to what he’s rappin’ about.  I mean…“Hate My Boss” – that applies to more than half the people I know or have met in life – you tellin’ me that you can’t relate to that, or that you certainly could at one point in time?  You know you hear what A.M.P. is bringing to the bars of “Hate My Boss” – far, far too many of us do!  And that’s where an emcee and a track like this comes in…to provide that audible release and ventilation for all that heat up under your collar.  This track practically dares you to have a shitty Monday – because it’s a cut like this that you can throw on after the worst of days, peel on out of the parking lot and speed away from your 9-5 prison, leaving it all behind while you cruise to a track that genuinely understands you & the day you just went through.  “Hate My Boss” is gonna be there in ways for you that no one else could be, no listening ear is going to match – this is stress relief in high quality audio, an electro-jazzy & smooth vibe fills the cut while A.M.P. tells you a tale about what it’s been like from his own perspective & experience.  Like I said – the majority of you will likely relate instantly – and then there’s like, this whole other crowd of people out there that’ll hear this for the first time and realize just how much they actually DO relate, they just didn’t see it coming.  But you can practically hear the lights turning on in minds out there as they listen to “Hate My Boss” as they come to the conclusion that, ‘You know what?  A lot of what he said made SENSE’ – and then hopefully, if they’re really listening, they move on to what they’re meant to be doing rather than spending their lives in turmoil working for the man.  I dig what’s goin’ on here – A.M.P. has killer lyrical imagery, massive flexibility in his flow, and conviction in his words – and in my opinion, he’s certainly using his platform in a remarkably admirable way.  If you read between the lines of “Hate My Boss” – A.M.P. is actually trying to teach via real experience…an attempt to educate YOU on what’s up with the working world BEFORE you get yourself trapped there forever…to learn from what he’s been through and hopefully save yourself a step or two from the insight he’s providing.  So listen to what the man has to say…because there’s knowledge being spit here just as much as verifiable entertainment. A.M.P. comes out swinging large, clearly an adaptable artist that can rap with precision – you can tell by how much he changes up his flow along the way, stops/starts when he’s pivoting & shifting on the mic – people will respond to WHAT he’s saying just as much as HOW he chooses to go about sayin’ it all.  Catchy energy, smart sentiment, and no matter how grim some of the situations A.M.P. relates to you may be, ultimately, he’s written a track here that by the end will remind you of why it’s important to not get chained down to something that’s not right for ya – and what you stand to gain from finding your way to the place you belong.

A.M.P.’s found his – this dude definitely deserves to be rocking the mic on a regular basis, not punching that clock for a paycheck with the skillset he’s got.  Again, I think he’s going about it all the right way – whether or not the success he’s looking for finds him overnight or ten years from now doesn’t matter when you take the time to enjoy the process and the journey the whole way through.  You can hear that passion for LIFE on “Walk Away” – you can hear that connection to what’s IMPORTANT to A.M.P. – you can hear a man that understands the difference between living life as a knockoff brand or as the real deal…a man that connects to the roots of the Rap/Hip-Hop genre by respecting the fact that word is bond.  I think the amount of thought that you can hear behind the words of “Walk Away” pretty much tells you everything you need to know about A.M.P.’s work ethic…everything from what he’s saying to how he’s saying it, to the placement of the words and the production on’em…it all comes out flawless and totally engaging to listen to.  I’m impressed to say the least with the way this emcee rhymes and how invested we end up getting with the words he raps – that’s the effect of bringing it all to that personal place and being unafraid to be REAL with us as listeners – we believe what you’re saying and we stick with every word, because they’re spit with authentic conviction that backs up every syllable.  The beat on “Walk Away” is absolutely AWESOME…seriously, it got my head noddin’ to the track every single time it kicked in and I really dig the fusion of the piano & low-end that create the melody on this second cut here in review.  A.M.P. sounds like he’s been into the music of Common lately – “Walk Away” has that similar incredible & inspired level of energy and uplifting vibe in the music happening while still bringing the honesty, knowledge, imagery, skill, and an audible humbleness to it all on the m-i-c.

Cearrow Muri deserves a whole new paragraph for a performance like this – she CRUSHES it on “Walk Away” – a serious highlight within a track that has many worthy to list, but no matter how good or great any one aspect is on this single, she gives such a remarkable performance that she takes the top spot every time.  They say talent attracts more talent right?  Well, here’s all that proof you need.  Cearrow adds essential dynamics to “Walk Away” that really make this whole cut come together – she takes over from A.M.P. and brings the power to the hooks whenever called upon – and MAN does her voice truly soar with style & technique or what y’all?  She sounds absolutely fantastic…a perfect complement to the sound of A.M.P.’s own voice, energy, & vibe – you couldn’t ask for a better performance from both as individuals or how they bring it all together for this collaboration…this works on every level.  Cearrow hits stunning tones and notes throughout “Walk Away” that highlight what a capable and powerfully expressive voice she’s got – she makes all the right moves whether in the lead or background.

Certainly no complaints from me.  I love the energy, the charisma, the charming effect of hearing an emcee with something real to say & saying it with real style – I’d definitely listen to more from A.M.P. any time…and I’d be willing to bet you’ll feel the same way.