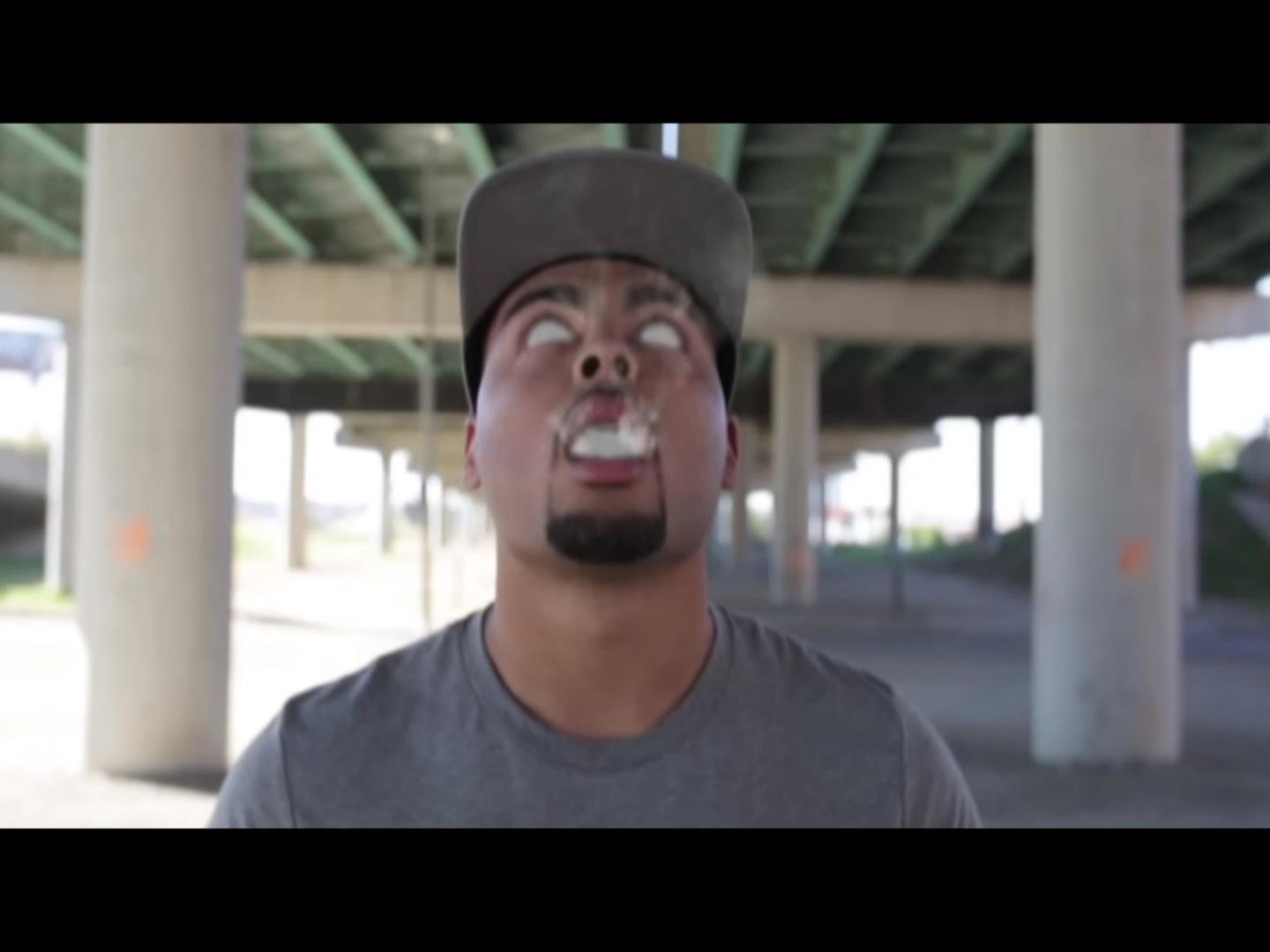 From the mind of A.Lane, one of the artist’s responsible for the hip-hop jam supreme called “Jabars” that I’ve been cranking-up on the stereo since the summer of 2016, we’ve got three new cuts to listen to & talk about in review today.  Last time out this emcee revealed much potential through what we’d heard in a collection of singles…he’s almost another year older & wiser since we last checked in on the music of A.Lane…I’m always interested to hear the evolution in an artist’s work, no matter what genre.

I figured I might as well start with the track called “Hello” featuring long-time collaborator, emcee and homie Scott SK Miller…and as it started, it felt like a smooth, logical and confident step in the right direction.  “Hello” uses a bendy synth-line to create its hooks in the music with a tight beat and controlled bass-swell keeping it alive, breathing and moving.  Felt like this track was for the existing fans…notably I felt like you could hear an improvement in the mix and production, but I’d also admit that “Hello” sounded familiar to their style and approach as well; it didn’t disappoint in execution whatsoever but did leave me looking harder for what they might have done differently from last time.  Combining languages was clever…lyrically they hit the mark with a whole bunch of references that fit the theme – whether you catch them all or not is going to be a little dependent on what you know but not so much that anyone else would be left behind or not into it.  “Hello” flows well…it’s a lot more chill in tone and delivery than perhaps the lyrics suggest…you could look at that as clever contrast, but you could also potentially look at it as the relationship in energy between the lyrics, music and vocals needs to really be examined as well.  I think lyrically…they almost need something a bit more amped-up in energy in the music to suit what their rhyming about…but that being said, I wasn’t dissatisfied with what I heard either.  It’s got consistent flow and smart hooks that work…it’d be hard to really complain.  Picture a cut like “Hello” in a similar situation to something like…Cypress Hill’s “Rap Superstar”/”Rock Superstar” – that wasn’t just a radio-treatment remix for the same song, it was an entirely different atmosphere & vibe for each, and they both brought something interesting out of it.  So while I hear the chilled-out atmosphere working for A.Lane and Scott SK Miller on “Hello” – I also think there might be another dimension to this track that might be brought out by making this particular cut’s music match the intensity, aggression and bold-confidence in the lyrics.  I dunno…big distorted guitars…explosive drums…again, I like what I hear from them now – but I can definitely hear the versatility in what they’ve created on “Hello” could also work in multiple forms, sounds & styles…lots of room to explore, remix & revisit this track if they wanted to at any time.

Best way I could put it I suppose would be to say that I liked “Hello” – but I was still looking/listening for that breakthrough moment that proved A.Lane has taken it all to the next-level over the course of the past year…and for me, I found that moment came on the next cut, “We All Feel It.”  I don’t have a single complaint or anything to offer as far as what could be improved on this track, it’s more than fine just the way it is and I wouldn’t change a thing about it.  Musically, it works a smooth jazz-inspired vibe and subtle beat that works perfectly for A.Lane to do his thing – and in my opinion, he brings it better than ever before right here.  So let’s examine WHY that is for a moment…because I think it’s important…

As much as I love “Jabars” – I’d be the first to admit that in a sense it’s a ‘surface-level’ track in the sense that it’s largely about basketball as a subject and less about A.Lane personally, know what I mean?  “We All Feel It” is a solid example of the golden results achieved by putting yourself right into the music; this cut sounds incredibly real, personal and honest…and in my humble opinion, that’s always what connects to us the strongest as listeners.  “We All Feel It” – the entire statement of the title applies here…it’s meant of course to represent the heavy themes, social commentary and personal relationship to it all – but it also applies to the fact that A.Lane has made a song that really resonates inside us all – “We All Feel It,” without a doubt.  He’s got great emotion and character in his voice throughout the track and delivers a real match when it comes to the sound, vibe and energy of the music with his words here, and I felt like it made all the difference in the world to add this amount of insight and realness into his lyrics.  I also have to point out just how incredibly strong this entire cut starts out – that saxophone sample is unbelievably cool and sets the atmosphere in deep to communicate the upcoming importance of the words from A.Lane.  I’m a huge fan of what he’s done on “We All Feel It” – this was that next-step and evolution I was looking to hear from this emcee and I think he’s really nailed it here.  Clearly a thinker…an emcee with something REAL to say…there’s an added sense of courage and leadership you get from A.Lane’s uplifting and inspirational message on “We All Feel It” that I think people will really recognize when they hear it.  Through harsh imagery and descriptions of the realities of life – A.Lane breaks through with enough hope in what he’s rhyming about that you come out of this tune inspired and ready to make sure you make the most of your every moment, just like he is.

Combining it all…and I mean everything…A.Lane really brings it all home and realizes his potential both audibly and visually through the single/video for “The Perfect Purpose.”  This…THIS…is exactly what I want to hear and shows the massive strengths of this emcee in the clear light of day.  I loved what I was hearing on “We All Feel It” – but “The Perfect Purpose” managed to build on that love even more; loaded with insight and astute, important social-commentary set alongside a minimalist-style, chill beat – A.Lane makes sure you catch every single word of this one and for plenty of good reasons.  Songs like this highlight that leadership element and power of the words he writes…it shows that he’s unafraid to get gritty, real and direct with us as listeners and he holds absolutely nothing back on “The Perfect Purpose.”  The realness here is 100% impressive…the amount of authentic expression in his voice and his connection to what he’s written is something you can hear and also see in the video – this is where music transcends just being music and into something much more important.  Speaking up for those that might not be able to speak-up for themselves – A.Lane puts everything on the line here and really lets us all in on exactly what’s on his mind.  The result is absolutely pure gold and quite honestly, the best track I’ve heard from this emcee so far…it truly doesn’t get any realer than this.  From the video to the lyrics and the professional approach/tone in his voice – “The Perfect Purpose” delivers on all-fronts and is a song that everyone should hear…especially right now.  Notice the date on the video – it’s November 15th, 2016 that this got put out…just one week past the vote in the US election; from political commentary to relevant comments on what needs to happen next – A.Lane’s got a song the people should really hear with “The Perfect Purpose.”  The world needs emcees like this one to step-up to the mic with confidence…it’s awesome to hear A.Lane answering the call and finding that courage to lead the way into a better tomorrow.  The world’s in a weird place right now without a doubt & ready to present an entirely new set of challenges to us all – it’s inspiring to hear A.Lane rise-up in opposition and determined to make a difference.

Find more music from A.Lane at his page at Soundcloud here:  https://soundcloud.com/lane15-1