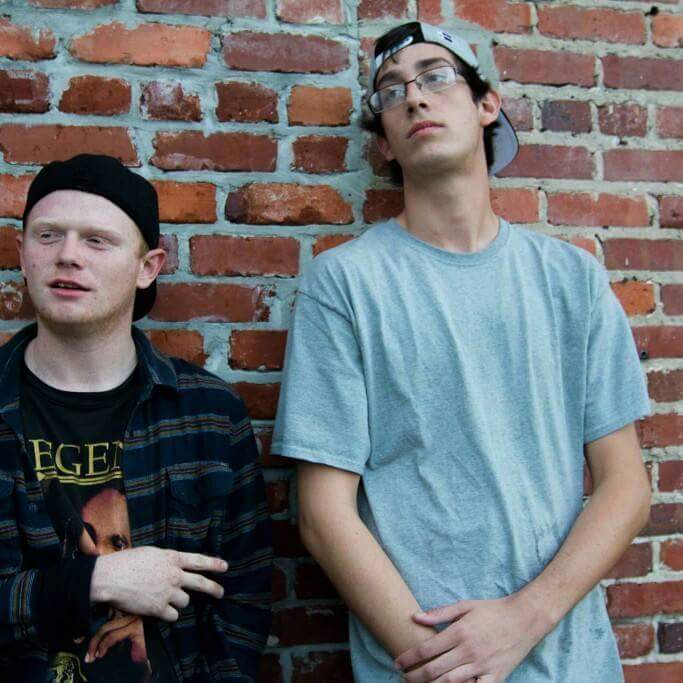 2 rappers combine their talents in the project of 64 Hooligans…you’ve got emcees Sheep God and Leviathan Da Gooch on the mic here.  On their new single called “Third” they’ve found a way to dispense life advice, personal anecdotes and observations and even nutritional recommendations – you’ve gotta appreciate that right?

So take it from the 64 Hooligans – make sure to be eating your broccoli yo.

Though I’m not sure exactly which emcee does what – I can tell you they’ve got something seriously creative, edgy and entertaining to listen to on their new cut.  The wild nature and delivery of the chorus-hook comes out sounding HUGE and has an overall sound that really pops-out of the mix to reach your earholes quickly.  It’s not a typical sound…and I like that; there’s an approach to the explosive hooks that showcases the confidence in this project by really going after the madness with everything they’ve got.  As a result, everything you hear has the real punch and energy required to make a massive impact within the short, just-over two-minutes of “Third.”

If you build it though…they will come – isn’t that what they say?

I think the way that 64 Hooligans have spent their short amount of time on “Third” and these other singles is quite impressive.  Not only does “Third” have a huge, verifiable hook that completely works in the chorus – but the verse comes out seriously smooth as well.  Great tone and edge to the sound of the vocals…and those words never stop flowing once they start up the verse.  Perfect bounce off the syllables, metering and lyrics – the rhyme scheme is fully satisfied as 64 Hooligans twist their words in innovative ways that really have strength in their grip and pull you right in to listen.

The beat itself is truly solid…it’s minimal but every sound you hear is interesting to listen to and adds real texture to the atmosphere.  The additional beat that springs the chorus to life was all it needed to bring the energy up in this cut and 64 Hooligans pull it off perfectly without overdoing a thing.  Lyrically it’s a track about gettin’ money…so…on the one side of the fence there’s the glaring obvious fact that this is a subject covered in rap so often it shows up in approximately 6 out of every 5 rap songs – but personally I thought the contrasting ideas in the lyrics of the verse & chorus really saved this from being anything that would resemble ordinary.

Because you see…it’s all about what we DO with that money after we get it right?  The verse makes it sound like 64 Hooligans are stacking enough paper to build a fortress out of…it’s confident and in control.  The chorus sounds so frantic and lyrically related to time like they owe some thugs some real money and have only seven days to get it all back!  At the end of the day…that’s not exactly what the lyrics point to – but it sure sounds that way from the creative delivery and approach to this track.  I think the sound of the two emcees works really well together overall – there’s real energy and ideas in this track that you can’t help but admire for their stunning execution.

“Howdey Doodey” is another outstanding example of this duo at their finest.  Rapping with that signature wildness, precision and confidence – they’ve got themselves an old-school classic in the making here, comparable to the tunes from Cypress Hill back in the day and the green-favoring attitude they blazed the trail with.  The rhymes of “Howdey Doodey” come out as quickly as they do complex – no doubt about the amount of skill that it takes to spit lyrics like this.  The chorus again takes the energy of the entire track up to that next-level…and the MUSIC of “Howdey Doodey” is certainly some of the best I’ve found in these singles…a real highlight here for its innovative beat, samples and execution.

There’s stuff I liked about “THE TRUTH” but at points it also sounded a little bit more ‘smoked-out’ as an idea…it kind of floats along in the room like a halo of smoke from a bong-hit.  It’s another dimension and another side of the combined talent between these two emcees…but missing a bit of the punch, enthusiasm and hooks that the other tracks have had so far.  S’all good…sometimes a moment or two to chill out ain’t such a bad thing…”THE TRUTH” will come in handy for that.

…when was the last time you heard a hip-hop or rap track designed about a sample from Toad The Wet Sprocket?  That’s right…you read that correctly and I already know the answer – you haven’t.  Neither have I…it’s a shocking first really…completely unexpected!  At only a minute & twenty seconds long, “Always Wrong” moves quickly and makes good use of the space and gets incredible mileage in its short time frame.  Once those vocals kick-in, the rhymes never stop flowing for nearly a full minute of the cut before “Always Wrong” evilly cuts-off quickly…I could have gone for a second verse or more of that idea expanded somehow for sure.

Of the four I sampled and checked out…I feel like there’s a difference between “Third” & “Howdey Doodey” by comparison to the other two.  The ideas on “THE TRUTH” and “Always Wrong” came out a little bit closer to a demo-style or concepts still being tested in an early phase of the writing process, and the other two cuts come out sounding fully pro.  You can certainly hear that at their best, 64 Hooligans really bring something new to the game with vibrant ideas that stick with you…and I think as long as they continue to stay creative and keep writing wild and unique ideas like “Third” and “Howdey Doodey” they’ve got a real shot at standing out from the rest in the genre.  Definite potential here…once these two fully lock into their combined sound and get themselves a couple weeks locked away with the bong in the studio – they’ll break right through to that next-level.  Already looking forward to it – great start here and I’m stoked to hear where they’ll take their sound to in the future for sure.

Find out more about 64 Hooligans at their Facebook page:  https://www.facebook.com/64hooligans