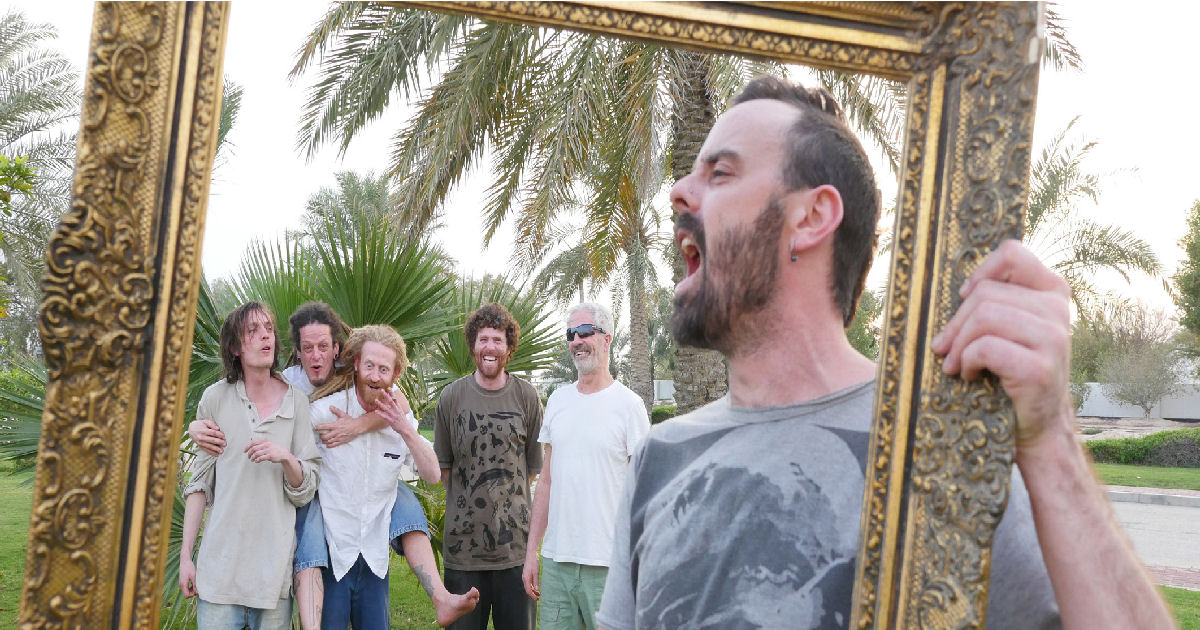 Phat Bollard is a busking folk band and collective of intrepid travelers from Cornwall, England.

Above is possibly the strangest description you are likely to read for a folk band, but this only begins to explain one side of this fascinating group from Cornwall, England.

Although usually a group of five, Phat Bollard are known for the controversial nature of their songs and a flamboyant lifestyle which sees them travel from one destination to another in the UK, busking everywhere they go.

Phat Bollard was named by the daughter of Patrick Aaron, a founding member of the group who counts Gandhi, Bob Dylan, Bob Marley and Winston Churchill amongst his countless influences. In many ways, this can explain the unique nature of the band’s style, while also indicating as to why they choose to sing about rather controversial topics (More on that later). Today, they can be found touring all over the UK as their troupe gathers momentum in the face a public who are just as interested in their lyrics, as the melody of the songs.

Although six members joined us in the studio, Phat Bollard is known for being a fivepiece including two guitars, washtub bass, percussion, and a mandolin. Together, their sound needs no amplifier as the sheer volume of these songs is immense when they play together. At the same time, they go together beautifully which partly explains their popularity on the busking circuit in the UK.

As mentioned above, the music is considered controversial in some circles because the songs confront listeners using lyrics about serious issues. From poverty and mental health to inequality and love; the theme will change from one song to the next, but the interest always remains. Another highlight of witnessing Phat Bollard in full flow is undoubtedly the accent, for it is heavy and unspoiled, while also making no excuses for the rather brash way that it sometimes comes across. All considered, they can be compared to a punk rock band with an acoustic vibe, yet again, the extremity of the language is often the main difference.

Incredibly, it was a viral video which brought Phat Bollard to the masses in England and all over the world. “Millionaires” was the song which went viral and the lyrics directly criticized peoples (and businesses) attitudes toward homelessness. Having reached more than two million views on YouTube, their videos became a household talking point and which seemed to bring more meaning to music than it had done for many people. After all, these were songs which outlined problems common folk had with the government and sympathies they had for such issues as homelessness.

Entering the mainstream (or not)

Phat Bollard was suddenly endearing to the public but there was still the issue of foul language. For this reason, they could never appear on a radio station or major publication. Many suspects this song could have even made number one in the charts had they changed the one word of profanity which “took things too far” for the mainstream but instead, Phat Bollard remained focused on what they do best – travelling the country and busking to anyone who will listen.

Although it must be said that their refusal to omit foul language or conform for the sake of corporate radio does give some idea regarding the extent of how much Phat Bollard love to perform. Furthermore, such enthusiasm is obvious in, or recordings at 2SeasSessions as this travelling troupe whisk up every song into an unrelenting frenzy. Covering songs about economic disaster, an uncaring council, police brutality and the trials or tribulations of travel – they may be controversial but the recordings are engrossing in every way.

You might have guessed already that our 2SeasSessions with Phat Bollard exceeded every expectation and the liveliness of the group, made it an absolute pleasure to capture as they stormed through their set. Playing no less than six songs, Phat Bollard recorded strippeddown acoustic versions of Go To College, Lovin’ Your Neighbour, Bovine Elegance, Insane And Lazy, Live And Learn and Honest Places.

Elmore Magazine described Phat Bollard some time ago as “the most important group you’ve never heard of” but at this point, their notoriety continues to grow. So while some may argue, and they may be right, that Phat Bollard will never make the “mainstream” there is no question that this travelling troupe from the town of Cornwall will continue to prosper as long as there are issues in this world which need fixing.

Find out more about Phat Bollard at the official website:  https://www.phatbollard.co.uk/