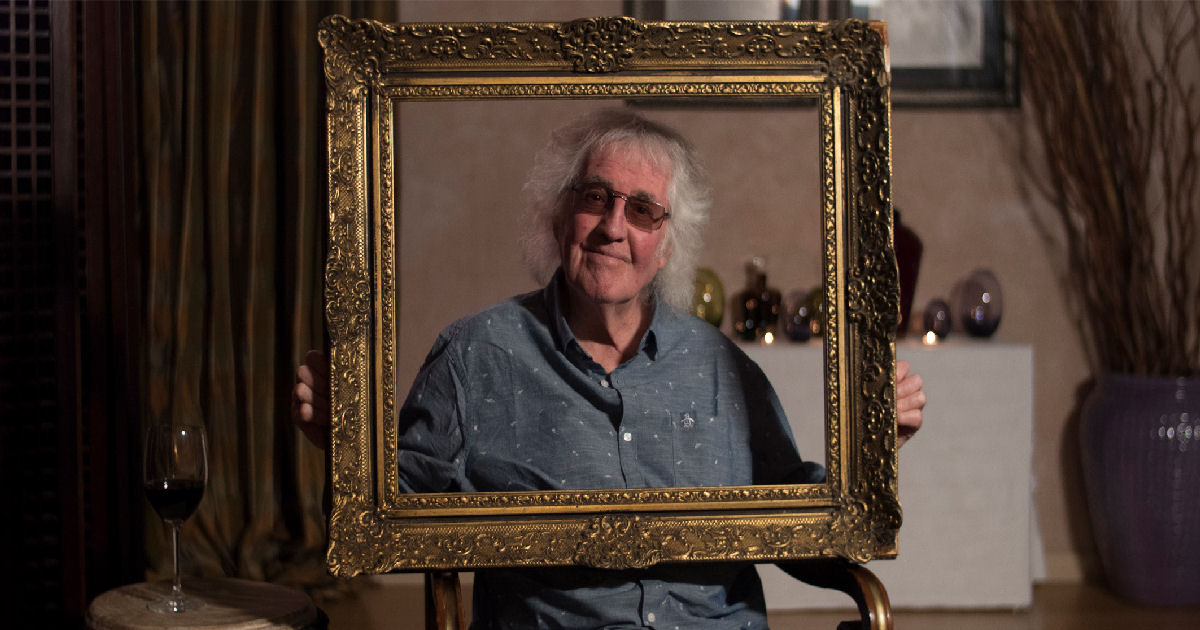 The “Wizz at 65 Tour” still features on the navigation menu of Wizz Jones’ website. Born as Raymond Ronald Jones, the English acoustic guitarist is best known on the folk music circuit and has a distinct charm as we interview him as part of 2Seas Sessions.

However, more than ten years have passed since this particular tour yet Wizz Jones is just as relevant as ever and still gigging on the folk music circuit in the UK.

Indeed it feels quite apt to consider how Wizz began his journey as a musician by playing intimate gigs in the coffee shops of Soho. In the 1950’s, the concept of international travel had also arrived, and it was during this time that Wizz decided to head out into the world with little more than his guitar and a burning desire to explore. When it comes to busking, in particular, Wizz became somewhat of a journeyman, travelling from one exotic destination to the next, from Paris to Morocco and even further from his humble home in the UK.

Returning to the UK and arriving at 2SeasSessions

However, Wizz Jones would eventually return to his native land with a very distinctive style in tow. Incredibly – or maybe unsurprisingly – many of the greats have attributed the music of Wizz Jones as being a significant influence including Eric Clapton and Keith Richards from the Rolling Stones. Furthermore, it was only a few years ago when Bruce Springsteen set foot on stage in Berlin and opened his set with a stunning cover version of the song “When I leave Berlin” which was written by Wizz and performed as part of our 2SeasSessions.

At the grand age of 76, we feel privileged to be in the presence of a folk music legend, but as we would soon come to understand when you grace the music industry for as long as Wizz, there is no one genre or influence to define such a fascinating character. Having recorded five songs with previous artists in 2SeasSessions, we had hoped for the same with Wizz, but no less than nine incredible recordings far surpassed any expectations we might have had before his arrival.

Featuring his son Simeon on harmonica, young fashioned ways begins and ends with the blues, before slowly transitioning into a series of unmistakable folk classics. Furthermore, this beautiful compilation is laced with influence, from Eric Clapton and Muddy Waters to the charismatic Rod Stewart. In many ways, as we move from one song to another there is no real way of knowing what to expect, only that raw emotion and a somewhat working class-like sound would continue to grace the recording studio.

Following this remarkable session, we then had the opportunity to interview Wizz and recall memories of old, from his wonderful encounters with Billy Connolly to the time when Muddy Waters, midway through a gig, explained to a very young Wizz Jones how he used a particular car part to play the slide guitar. At the time he would not understand, but years later, while he was fixing his Jaguar at home, he would stumble across this same part and recall what is now a time-less memory.

In fact, this is what seems to come from our recordings at 2SeasSessions with Wizz Jones, a certain air of timeless beauty. This beauty was evident in the fact that he was now performing alongside his son Simeon, but then the visuals of this session also hold a very natural and raw appeal, not to mention one which seemed to stay in the studio long after they had gone.

When it comes to talent or ability, we can look to an endless line of talent around the world, but when we consider the wisdom, experience and very raw nature of a Wizz Jones performance, there is simply nothing with which to compare it. Eric Clapton and Keith Richards both knew it, and so too did Springsteen but even this was long before his talent evolved into the session we experience here in Bahrain.

Wizz Jones gets better with time and if “Wizz at 77 Tour” happens – consider us there.

Find out more about Wizz Jones at his official website:  http://www.wizzjones.com/