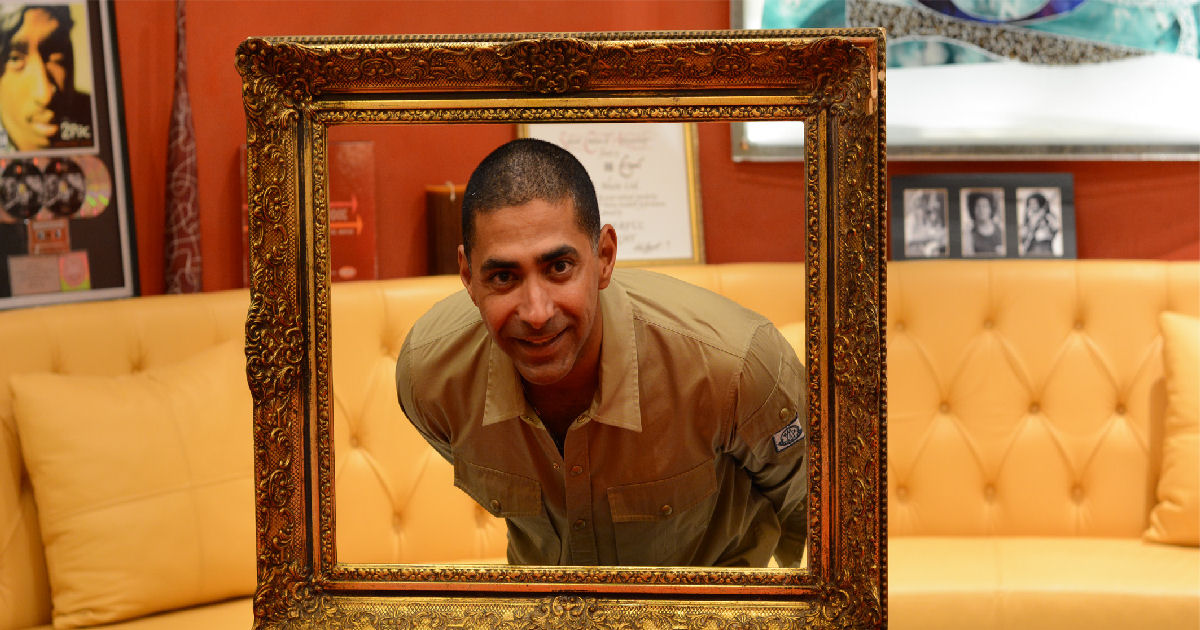 
Hassan Bin Rashid Al Khalifa (HBR) is a singer/songwriter from Bahrain, best known for being a member of the Royal Family but most affectionately recognized for his musical talents.

When we invited Hassan to perform at our studio in Bahrain, there was every reason to expect a recording of the highest caliber.

After all, this was a proven artist and a credible musician with a very clear desire to succeed in the music industry. However, we could not have anticipated the seamless way in which he seemed to fit within our own direction and purpose at 2SeasSessions.

Focusing on a stripped-back acoustic sound, these sessions are intended to showcase the rawness of each artist, and when Hassan joined us, it was the very nature of the studio environment which allowed his performance to shine. From the ensuing lyrics, it was also obvious that HBR is someone who uses the past to move forward in life and this was further recognized in the way he expresses these experiences through song.

Whatever has happened for Hassan until now, the man his equestrian team refers to as the “Bionic man” has recently recorded a debut album filled with songs of experience, and he brought every piece of this arsenal into our studio at 2SeasSessions.

Although his education took place in Florida, this explains the underlying nature of his style as a musician, Hassan now travels between Bahrain, Dubai, and London. Few musicians are privy to the same international touring for which he has experienced over the years, from touring with Beanstalk in the United States to recording in “Real World Studio” in the UK, owned by the respected Peter Gabriel.

It may seem slightly irrelevant, but to the unknowing eye, there is surely an unexplainable relationship between Hassan and his final song in our 2SeasSessions. Recounting the flaws and inabilities inflicted upon most men on earth, the sheer honesty of the song “All I know” rings true with every word. Furthermore, it is possibly the unmistakable vulnerability in this recording which enabled Hassan to make one of the most profound impacts to date on our 2SeasSessions.

However, individual style and vocal presence are very much central when it comes to the success of HBR, and this comes across beautifully in our recording at 2SeasSessions. Backed by Danny Cummins, Jamie Moses, Hamish Stewart and Melvin Duffy, this strippeddown acoustic session by HBR was an instant hit from start to finish. Along with four of his own songs, Hassan and his team performed an outstanding cover version of two incredible songs by Led Zeppelin and the Stone Temple Pilots. Again, the influence of his time State-side is clearly evident throughout these songs and each was an exemplary example of his ability at any given moment to take a meaningful song and make it his own.

Hassan is very proud regarding his heritage, and while the American influence is evident throughout his music, his mother tongue remains Arabic. His most recent album “A Better Yeah” was released in association with Charlie Casey, his musical partner, and this variety rings true in most of the songs.

Having travelled so much between the cities of Paris, London and Dubai, we can understand how such a young artists can seem so incredibly experienced and his natural state when it comes to his presence on the microphone is further testament to the true talent of Hassan Bin Rashid. As already mentioned, Hassan joined forces with Real World Studios to produce his second album and afterward, the singer was quoted as describing the album as “This was the Real Me.”

Indeed, “A Better Yeah” is a stunning album and having witnessed HBR performing a stripped back acoustic version of his finest work, we can certainly say that we witnessed “the real Hassan Bin Rashid” and we look forward to hearing a lot more from him in future.

“A Better Yeah” is the latest album from Hassan Bin Rashid and as part of 2SeasSessions, he performed the songs Interstate Love Song, Running, Black Dog, Souls, Slicksville, and All I know.

Find out more about Hassan Bin Rashid at his official website:  https://hassanbinrashid.com/