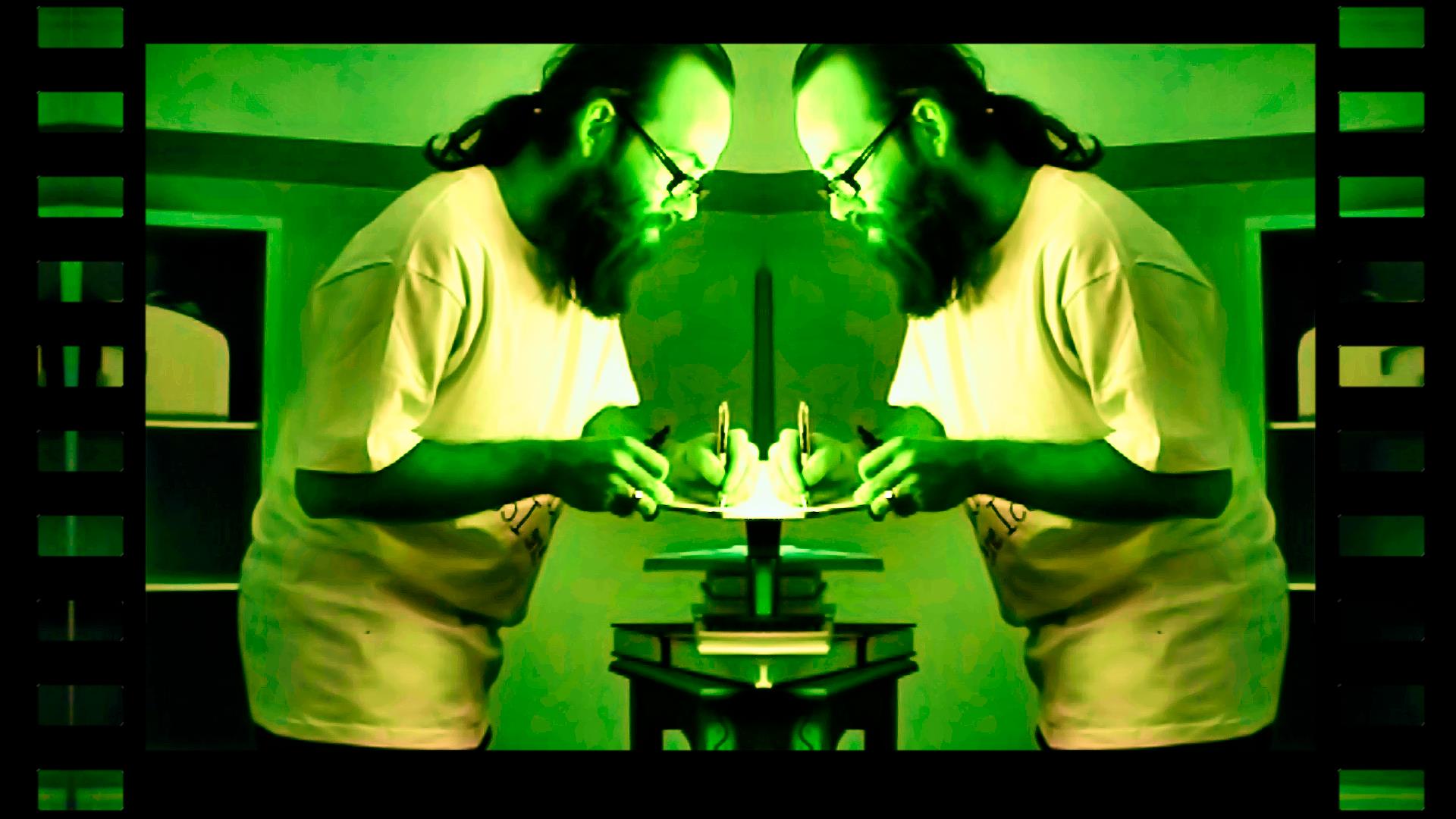 First of all – THANK EACH AND EVERY ONE OF YOU reading this blog – you’re the very same wonderful people supporting our other popular pages on Facebook and YouTube, along with our Supernova site, which just passed the 100,000 view anymore! And YES I know it’s not proper form to use a comma within a six-digit set these days but dammit I’m old school and that looks REALLY awesome to us right now. Your dedication to independent music shows in numerical and audible volumes. Thank you, thank you, THANK YOU.

In the interests of coming back SOONER to the written blog here – I am going to once again attempt to keep this BRIEF so that I can both:

A) Finish the terrible horror movie of which I am just about to start.

B) Come back to you all here sooner by devilishly holding back things to say!

You all KNOW it is NOT my thing. So in saying that, excuse my language but fuck VINE. Some of you may know about this internet craze and some of you will not. Basically the application allows for quick 3-6 second videos to be posted as yet another new form of short communique between us all. SIX SECONDS. If you want to know what that’s like to look at on video – just think back to any fake file you downloaded in the past where it started out being the movie you wanted and then dropped out the video or sound. Or in the case of VINE – idea itself…at least damn near. Like all forms of art in the digital age – I’d be wrong to say that some people aren’t using this new idea incredibly WELL, cause there are certainly examples of that. But will you ever find us on there? Let me say this in as few words as I possibly can…

In no way, shape or form will you ever find sleepingbagstudios to be a part of a culture that would impose any sort of time limit on your creativity or art. So if you have a seven second MASTERPIECE…come by and see us anytime.

LUNGFLOWER: So…how did they do? How did the ever-ready frontman Tyler Mayfield change and handle the crowd now without holding onto his bass guitar? As a personal friend for nearly a year since meeting him now – I am proud to say he kicked a fair amount of ass on-stage now in his new role with Lungflower. Even jumping into the crowd at one point to get his dance on and check out the show from our perspective – the more experience and confidence he gathers from playing live is clearly demonstrated by his rising ability to entertain. As for the music? They had the drummer from the headlining act – Stryker – filling in and for only knowing the songs for two days, pulled it off well. Marcus, the guitarist in the right of the picture below, is extremely entertaining to watch and you can clearly see just how much playing this music and being on stage mean to him. With Kyle on holding down the bass as well as backup vocals, they ripped through a four song set at the Railway Club in Vancouver. Now – you can take my word for it, and as always that’s appreciated…I like to think I know what works well in all kinds of music…but if you can’t simply take my word for it – know THIS:

We’ve been to many, many shows and live acts since we began to jump into our video work with sleepingbagstudios. We stay close to the action but not so close that we become invaisive to your space or cause the crowd to shift their focus to a person taking a picture instead of you at your show. I personally like to believe that’s what ZOOM is for. But what I can say about the Lungflower show is that we WERE close up and right down the middle for the show – and I’m honored to have caught the footage that shows a flood of people heading to the stage in front of our cameras to the point where it blocked the view. Nice work guys – good first impression on me.

Speaking of good first impressions – big shout out to our new friends that we found in the opening act, a band called BLACKOUT LIGHTS. I was definitely impressed with the energy in the performance and the creativity in the writing from this three piece band. I’ve talked with Steve the vocalist and guitar player for the band and I’m hoping we can set up an interview in the not too distant future. I will, at the very least, be able to see them again VERY soon when they play a show with our hairy-homies in THE PIT at an upcoming show on September 13th. Stoked!

WEST MY FRIEND: Have I mentioned how much my bearded face ADORES this band? Am I allowed to ADORE anything whilst being this chin-hair laden? Or does the very use of that word land me in trouble with the law and legal system? Whatever – I’ll take the risk. I love West My Friend. They’re incredibly talented and have a great sense of humor. Hell, I know that I ranted against VINE earlier but I would cite this crew as one of those bands using the medium creatively and WELL. Here’s the thing though…PSSSST! This is why I wanted to bring them up today here in the blog… They’re putting together a NEW album!

Presumably when I saw them perform last on their way through to their US “Madrona Migration Tour” they had played some of that new material and let me tell you personally that the quality of what they’re putting out is second to none in their genre. But as you know, recording an album is not cheap in many cases and bands are becoming creative in all sorts of ways to attract funding for their new projects. West My Friend definitely deserves some help and encouragement to continue on making the incredible music they make. We ran their latest campaign promo video in SBS But No BS Part VI – but if you missed it – check it and and support them here!

AZTEC: You couldn’t have missed the gigantic LOGO I put into the last officially dated blog entry – it was HUGE! And this band continues to drive themselves forward in creative ways as well! They are currently running a contest for writers regarding their music, so if the pen is your SWORD then click this link and get involved!

I went to see grunge-era heroes THE BREEDERS the other night at the Commodore Ballroom with SBS Alumni “Matt D.” Talk about incredible! To see these LEGENDS up close was something that I truly never thought I’d get to do – I thought my chance for that was long gone. Thankfully it wasn’t; this show not only surpassed my expectations but introduced us to yet another awesome opening act in the band TWEENS. This electrifying three piece from Cincinatti really got the vibe on the floor in the perfect place for the main act to follow – extremely impressed with the power of this trio and really hope to run into them again somehow (Read: I’ll be trying!)

As for The Breeders themselves – they played their entire breakthrough album Last Splash from track one to the end before launching into tracks from their debut album Pod for an eight song, entirely deserved double-encore. And wouldn’t you know it – they ACTUALLY played my favorite song! NO band does that! Nothing but a million thank yous to The Breeders for playing it – but of course the first band that finally does and it’s a song not even two minutes in length!

Alright my friends – what started as a simple “thank-you” for our 100,000 views has turned into yet another full on post. And I’ve got interviews to write, film, record and send out to ALONG CAME LIFE, 2BRAIN, THE GENTLEMAN, NICOLAS & THE ICENI…this list could go on but if I don’t wrap this up it won’t even be close to brief anymore!

But before I go – when I come back I’m going to want to talk some more about this album we’re about to review by a band called LEADSUCKER, who just released their latest album Burn – so check it out early so we can continue the conversation when I get back!

Thank you again so much for the support on our way to this last milestone of 100,000 views. Absolutely UNREAL. We’ll see you very soon at our next musical achievement!