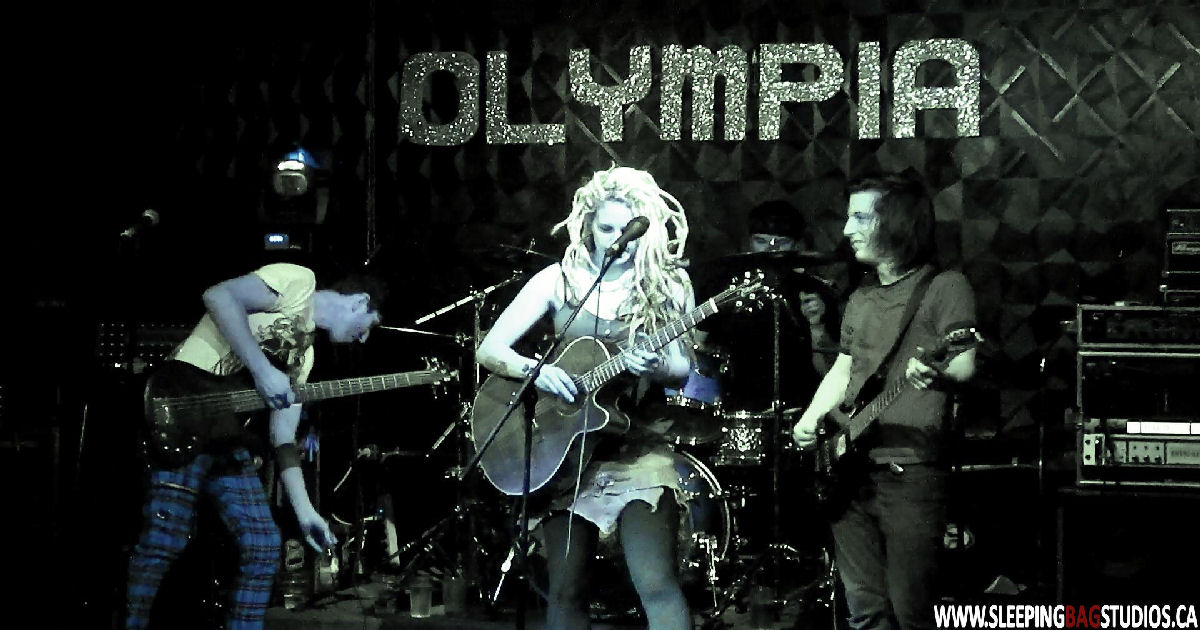 Probably the final set of shots we’ve got for this band…This Day Burns officially retired a couple years back now.  The players live on though, that’s for sure; as far as I know, Jon, Jasmine and Chris from TDB are all on to new projects…as for Skye, not entirely sure…he was in Vaultry right before they disbanded as well, but just like an amazing player becomes available in sports, you best believe someone will pick him up for their lineup pretty damn quick if they haven’t already.  The music lives on too!  Man these guys made some absolutely killer tunes…to the point where…well…dammit, it can be tough to say goodbye sometimes…This Day Burns really had a great thing going on.  And they rocked the shit out of Olympia in Surrey on their first official trip over to the mainland…was glad we got the chance to check that show out before we moved way over here to the east and the band eventually dissolved.  We’ll always have the memories.  Take a look at a few of’em below through the pictures of their kickass set when they slayed Olympia back in 2014.