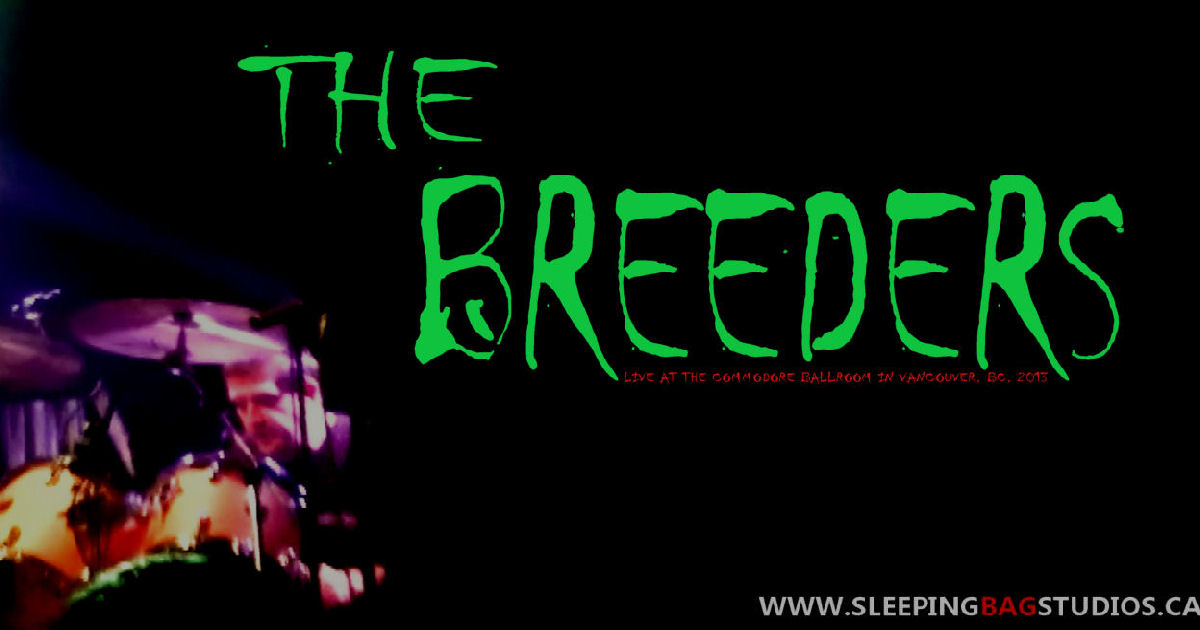 Tucked underneath my beard, I still managed to keep the hidden camera pointed towards the stage clearly enough to capture the legendary set from when The Breeders toured the anniversary of their Last Splash record at The Commodore Ballroom in Vancouver in 2015.  I didn’t know cameras weren’t allowed until I got in there…and given that they let me right into the venue with it, I just figured it was cool.  Then later I found out it wasn’t cool.  But by that time, I was already at home with a full set recorded…a live show to remember for all-time…and eventually, even the band shouted out on their social media that they were looking for rogue footage that had been captured…so all is well, I was only ever doing the right thing and supporting a band that has absolutely earned it over the course of their career.  The Breeders were an essential part of growing up for me…and even now as an adult, those records are just as amazing if not more-so.  Check out some more still shots from their stop in British Columbia on the Last Splash tour below!