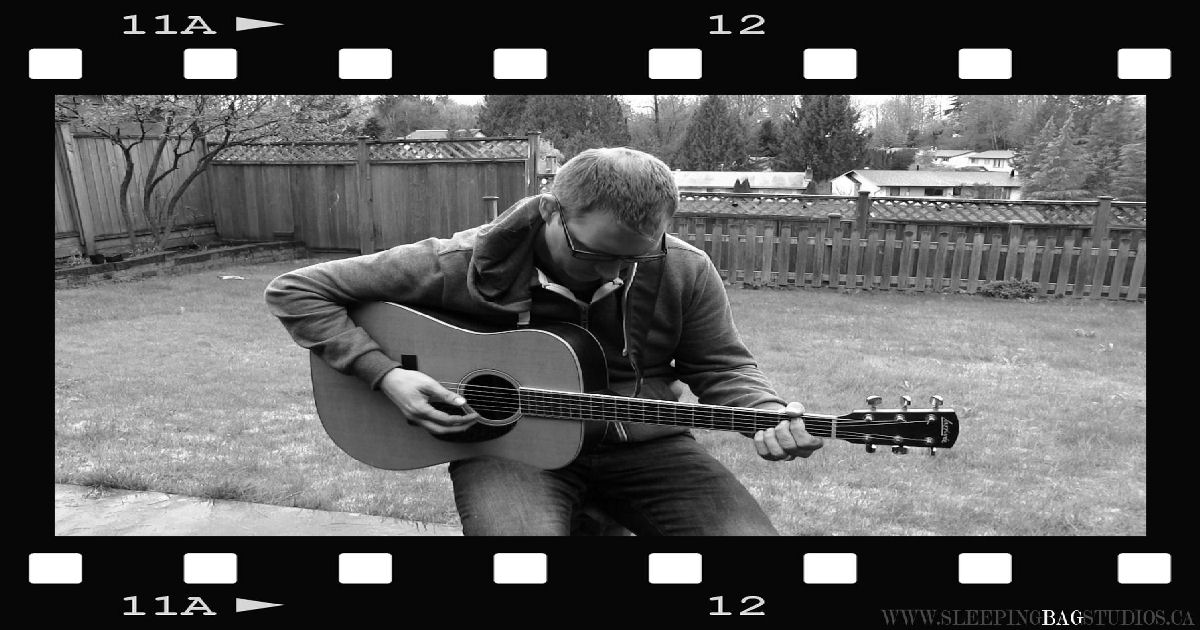 This guy!  Used to work with Trev way back in the day, right before SBS was formed.  Even though we both knew music was a part of our lives, it would have been impossible to predict that it would go on to dominate our futures in our own different ways.  Of course with me, it became the studio…with Trev, he continued to branch out in his musicianship, eventually trading drums for guitar and likely back again several times…dude’s multi-talented when it comes to music.  When we had Everyday Music TV’s Rod Matheson come out for our second annual search for talent to end up in his 1000 day-long project, Trev was kind enough to show up – and MAN did he ever put up with a ton!  Rod was looking for a unique shot for a video and Trev was fully game…so we had him in a swinging chair that was extremely awkward to sit in, let alone try to play an acoustic in as well…but Trev was a complete champion, and got right in there.  He made it right to the final bars of his first song before spilling out of the chair and nearly crashing to the ground.  Made for one heck of an ending!  We moved him elsewhere after that.

And of course, he went on to absolutely crush it with an incredible performance of a couple of his acoustic tunes – here’s some stills from the sessions at SBS!