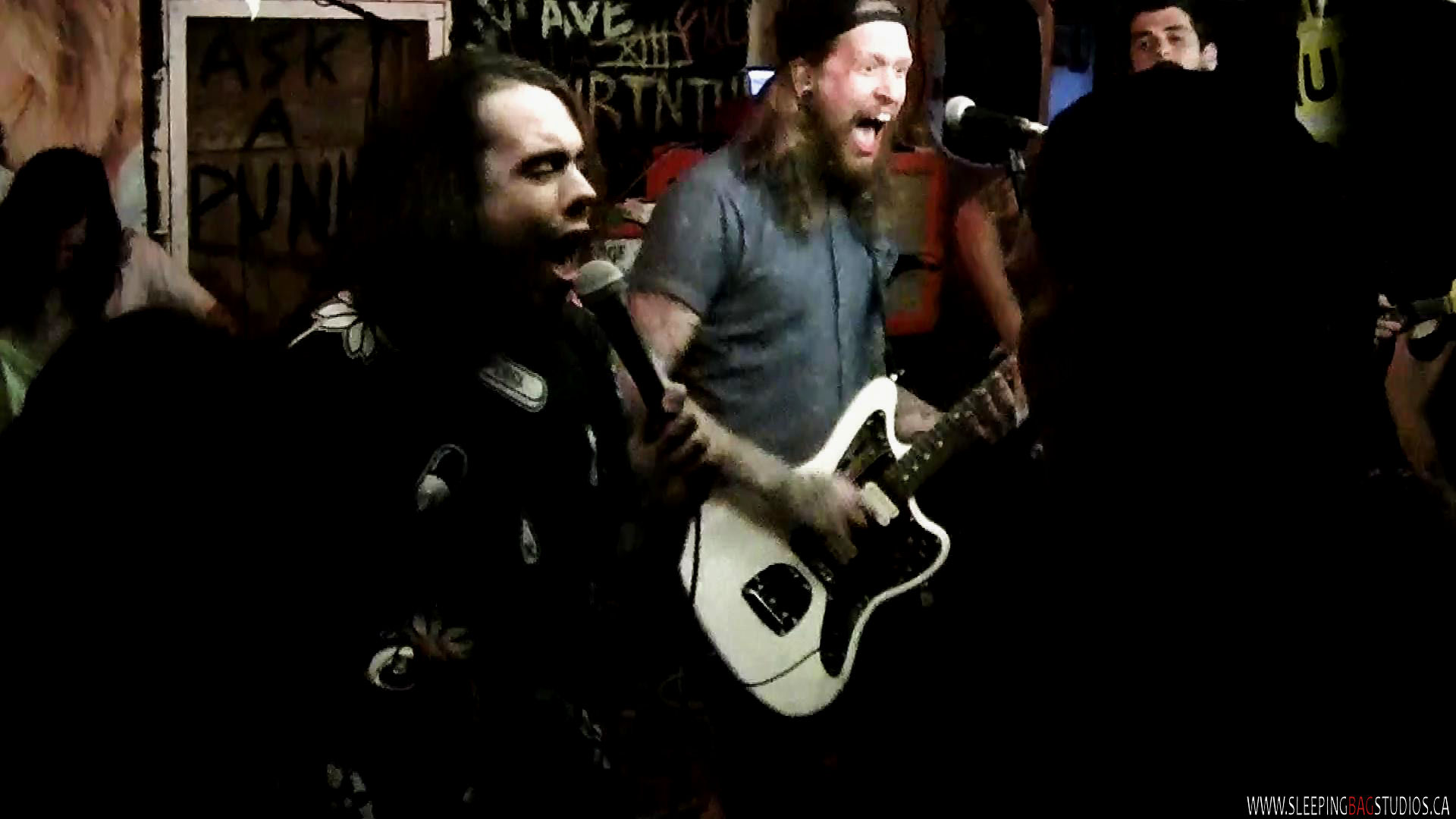 Check out some still shots from the most recent show I’ve seen this year…just a couple days back when Vaultry made it all the way from Victoria, BC to Ottawa, Ontario to kick some ass at a rad house party put on by Ask A Punk.  In one hell of a dank-ass dungeon of a basement, bands are seriously able to let it rip at full force and really kick some ass down there – and Vaultry took full advantage of a literal packed house.  With an impressive set of tunes from their most recent album Eulogy, a song from their previous Coven EP, a separately released single and a live cover of Paramore’s “Misery Business” – Vaultry put on another massively impressive set this year and in an entirely different style of venue than I’d just seen them play on the other side of Canada when they got this tour started on the mainland with a stop at the Biltmore in Vancouver just a couple weeks before.  Really cool to see them rock crowds on both sides of Canada – they’re working harder than ever right now with little time off and a hell of a lot of driving, just a bit past the halfway-mark of their tour.  Make sure to check them out LIVE if you get the chance, Vaultry fucking rocks – have a look at some stills from their Ottawa show below!