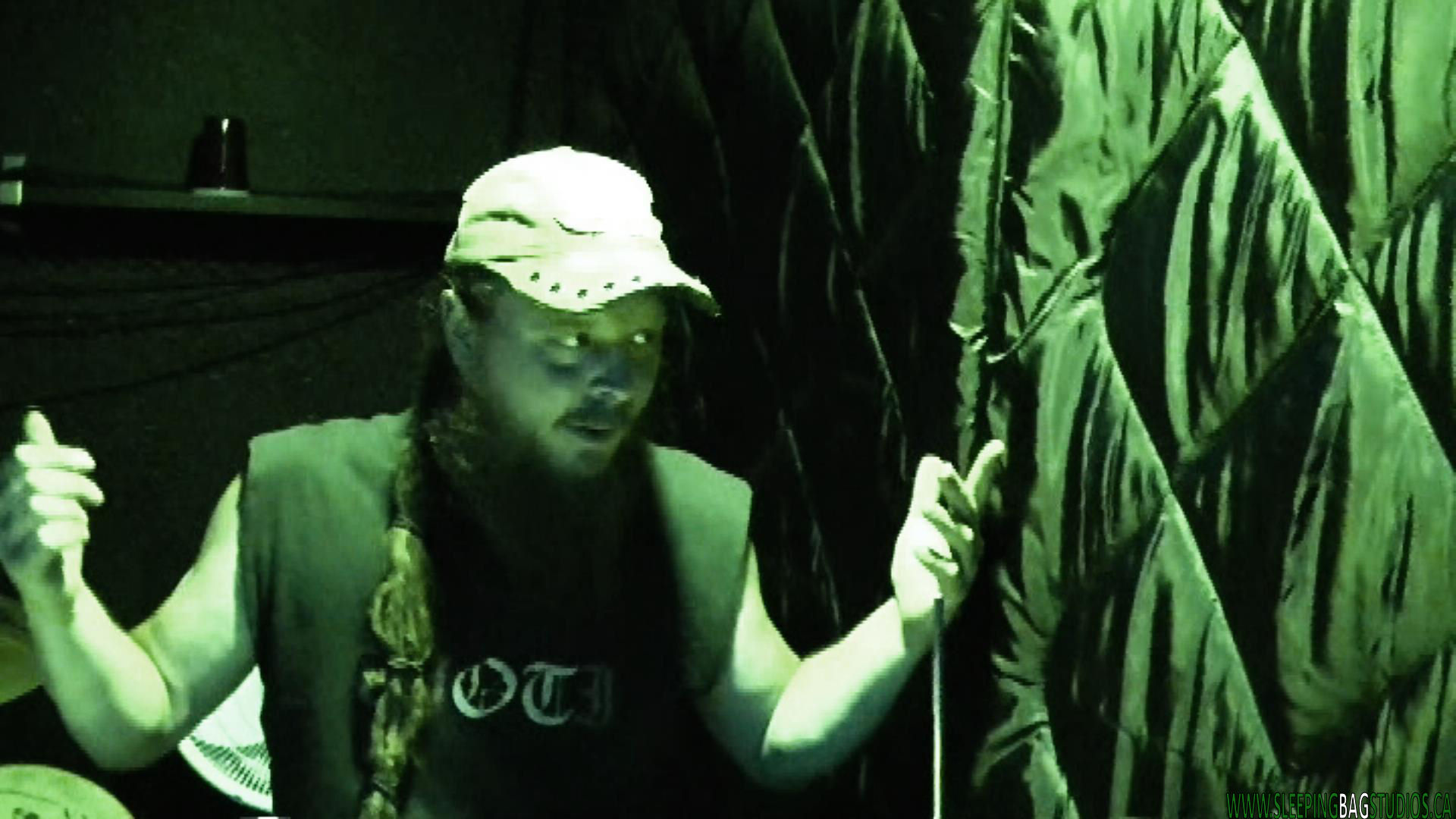 In the summer of 2015, Warriors Of The Infinite rapper Jay stopped by the studio for an extended visit & just straight-up hangout session.  After numerous nights awake jamming, talking philosophy/life – Jay even ended up taking one of the sleeping bags from the studio wall into the backyard at SBS to sleep.  We decided the next morning that it would be a tradition that anyone willing to do the same would be afforded the honor of signing the inside of the bag slept in.  So on one of these bags lining the walls here at the studio today…there’s an official autograph of one of the raddest people we’ve met along the way.  Check out some still shots of this multi-talented beat-maker/emcee as he helped tune up the drums at the studio!

Tags: Photos Warriors Of The Infinite