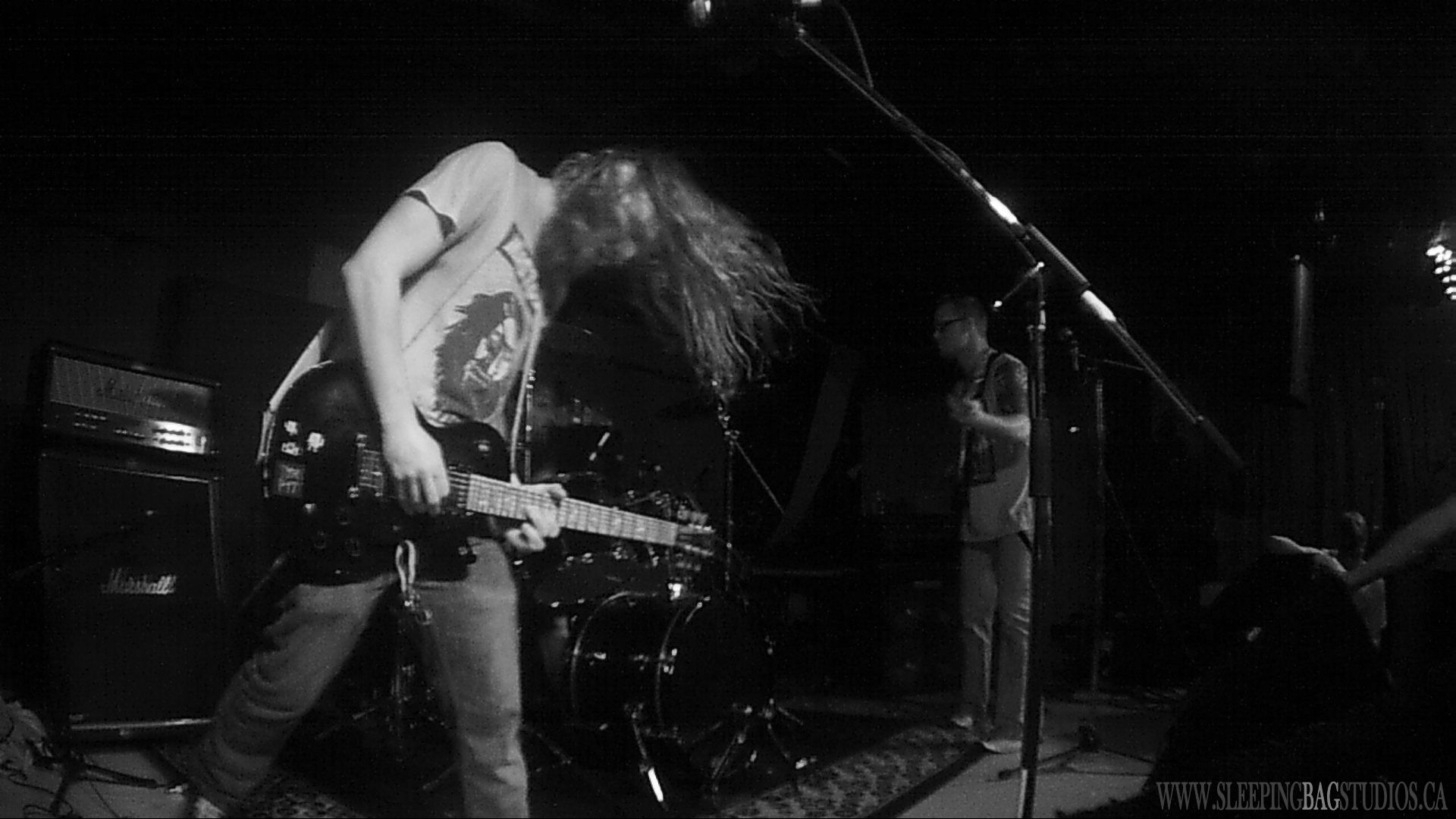 One final blast of photos & stills from the most defining live-concert we saw early on in our first year.  The Pit, consisting of brothers Tyler (Drums), Trevor (Guitar, Vocals) and longtime friend Scott (Bass) ended up absolutely CRUSHING their set at The Media Club so damn hard it’s still inspiring us five years later and has had me personally chasing the dragon of trying to find a show that rocks at a similar intensity ever since.  Can’t say enough about these guys – all amazing people, grunge-rock that is completely off-the-charts amazing and musicianship that is so massively underrated that it blows my mind.  Incidentally…just saw a report online that The Media Club is the next venue-victim of the Vancouver music-scene and will be shutting its doors as a live-venue for real music…I heard they wanna put some real brutal-ass corporate crap in there instead…and that sucks.  I’ve seen countless bands at that venue…but nothing beats the time I saw The Pit play there in early January, just shortly after meeting them for an interview on SBS Live This Week…what a magical moment in time.  Unforgettable.