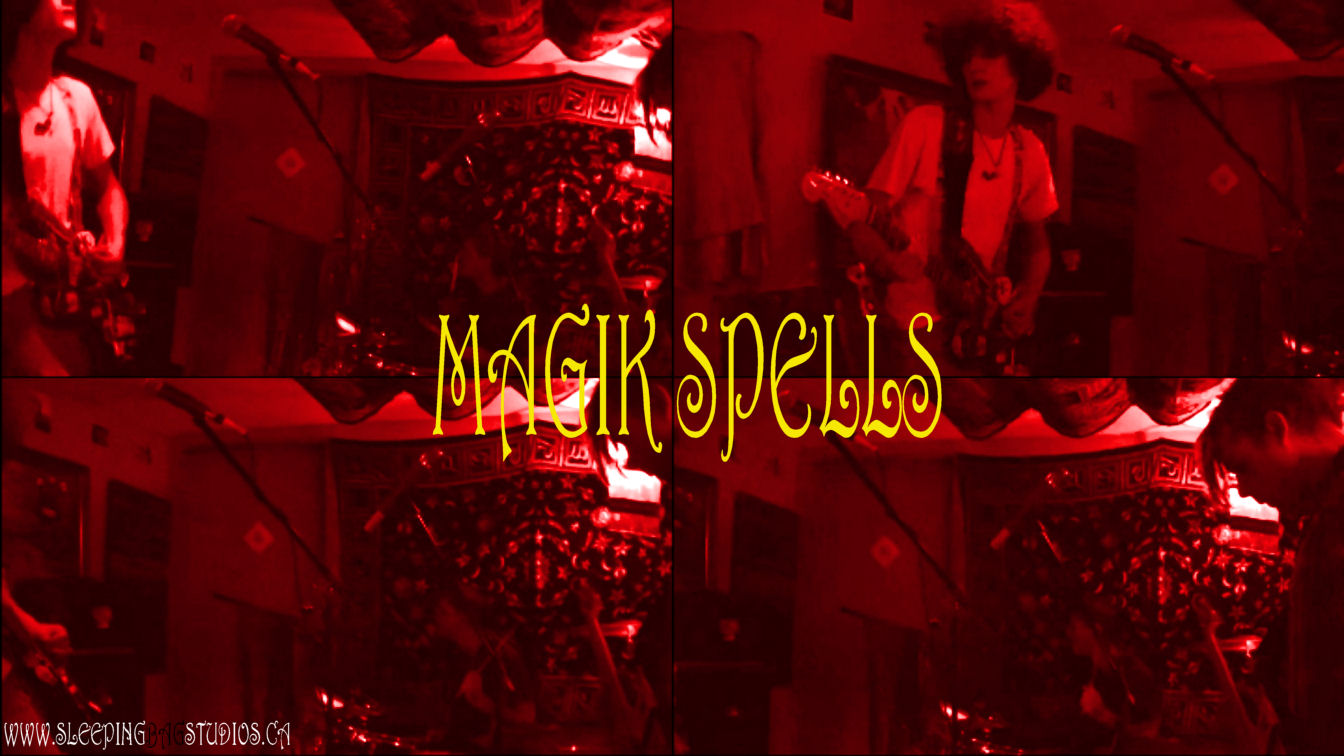 More shots from Vancouver’s punk-funk alt-rock band Magik Spells – one of our first meetings outside of our studio, first live-performances witnessed in the local-scene after years away and still continually one of the band’s we’re most frequently asked about.  I wish I had more info for ya other than just more pictures from what was definitely one of the most chaotic but fun interviews I’ve ever been a part of – but Magik Spells kicked us to the curb almost immediately after their episode air on SBS Live This Week due to adding a ‘the’ in front of their name.  Understandable somewhat…it’s just about the worst mistake a guy can make in music-journalism, to call a band by another name other than their own, even if it is just a prefix.  Not as understandable was the way that both sides dealt with it all, and the disintegration of the relationship is definitely due to failure to communicate properly on both sides of the fence, theirs and my own as well.  Which is truly too bad…I’d have loved to have followed this band continually; they straight-up make amazing music that is vibrant, fresh and full of energy.  That’s how the cookie crumbles on occasion and today, it is what it is.  What I can tell you, is that the band is still going strong and has gone on to release a ton of music since – so if you’re a fan of their music, style, approach and attitude – make sure to search them out and see what’s up!  Just make sure you don’t add a ‘the’ in front of that search inquiry…lord only knows what you’d find instead I suppose…but apparently you won’t find them or their music!  Remember, Magik Spells only…or risk being cast out of their kingdom like we ended up being just after we’d met them in 2012 and ousted in-full by early 2013.  Still love the music though…and these photos all represent just how much fun we DID have during our time together.  I live a life of very few, if any regrets…but disconnecting from this incredible group of musicians…however unfocused they may be now or had been in the past…comes pretty close to making that list!  You’ll see from these additional shots of our time in late 2012 below, back when SBS was just first finding its place in the independent music-scene – there’s no doubt whatsoever from the pictures that each and every one of us had a great time worth repeating that day…and who knows what the future holds…maybe one day it’ll happen again – we can only hope!