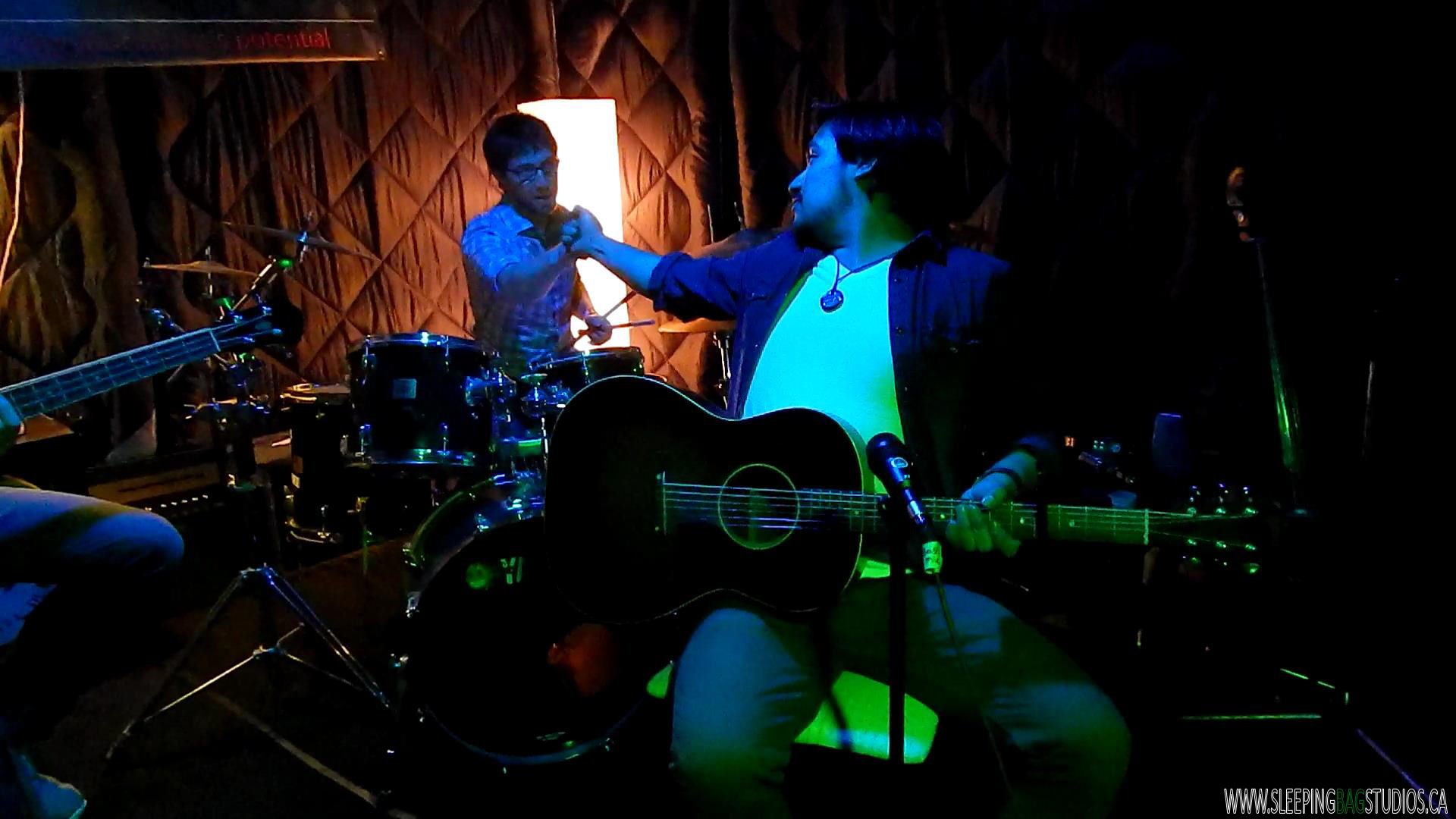 This was a massively rad experience.  Lindstrom And The Limit…some of you might remember us assisting with featuring their video for their song “Queen Anne” – but what you might not know is that we were so impressed with what we saw, that I promptly invited the band to come by the studio to do a live interview.  Lindstrom was close enough to us, being based in Seattle when we were based in BC – so it wasn’t all too much of a drive and with a humble request to see them play live and talk it out with me, the band was eager to respond.  What I didn’t know…was that one of Lindstrom And The Limit’s main influences, Dave Matthews Band…was actually playing Vancouver within about 2-3 weeks of our initial contact, and that the band AND their management team were going to be there to watch it go down.  So in a real twist of events and for only the second time in our history (first being Throttlecaster way back in our first year of the show) we invited not only the artists involved, but the suits n’ ties of management to come in for the show.  So technically, we had Lindstrom And The Limit as well as Knight Moves Productions in the house – and awesomeness proceeded to take place from there.  What I didn’t know until about halfway through the session, was that this was actually their first time meeting in person as well…and while you’d think that would lead to a whole lot of extra-nervousness when it came time to perform and answer a whole slew of my questions – band leader Aaron Lindstrom was a perfect example of an exemplary professional that’s straight-up born to be a star.  You could feel a tension in the room, but a good one…the kind that leads to some extremely incredible moments; and that day we managed to capture a sparkling set of four tunes from the band.  A good time had by all – and definitely music worth a listen or two!  Check out the photos from our time with Lindstrom And The Limit on SBS Live This Week in 2015 below!

Tags: Lindstrom And The Limit Photos